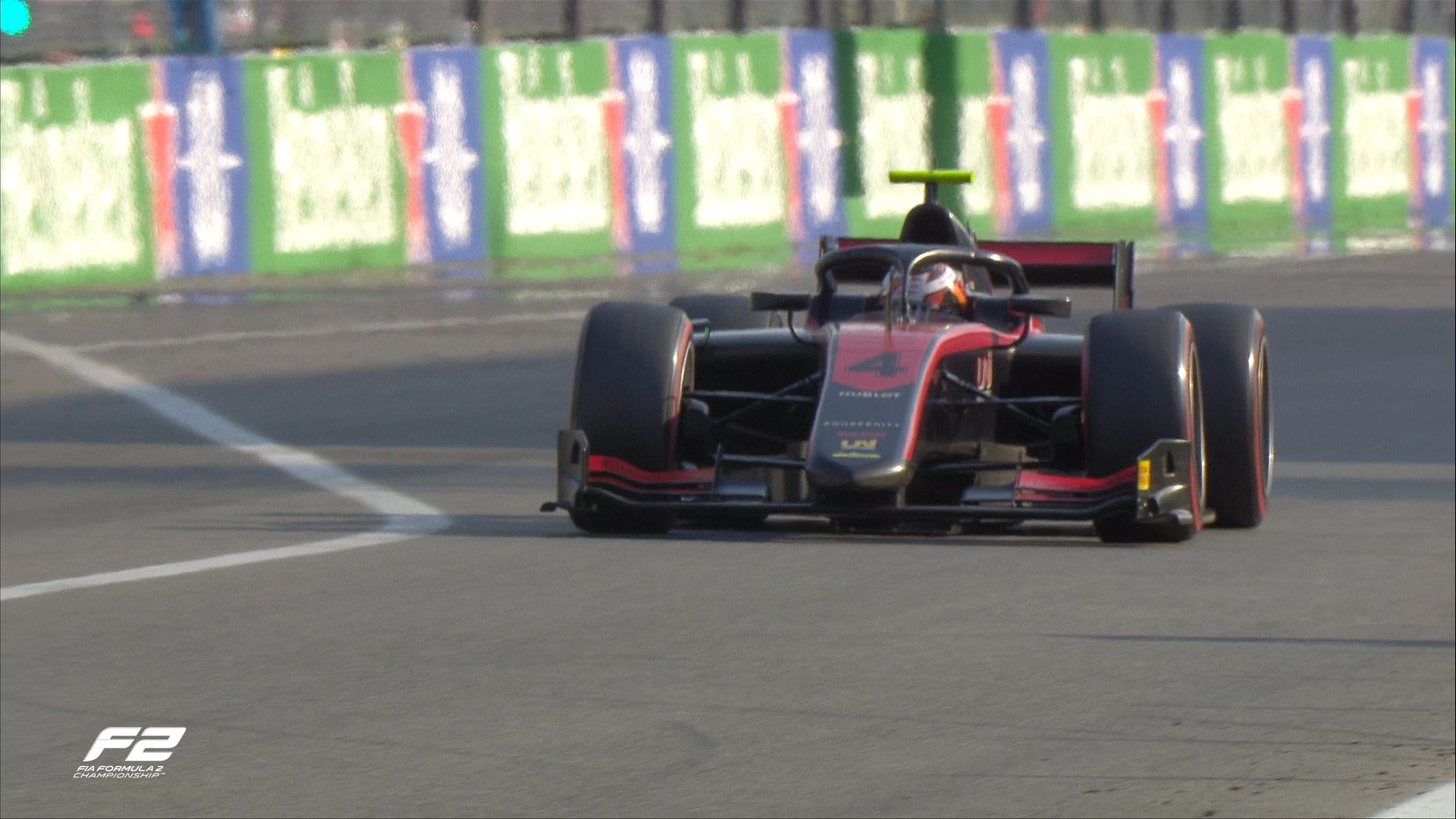 The first part in F2 qualifying at Monza saw tow game already strong as Prema’s Mick Schumacher led the way with a 1m32.277s being at the back of third-placed Carlin’s Jehan Daruvala, who got it from second-placed ART Grand Prix’s Christian Lundgaard.

The Dane, meanwhile, took it from fifth-placed Hitech GP’s Nikita Mazepin, who himself had it from sixth-placed Carlin’s Yuki Tsunoda. Another one without the tow in the Top 6 was DAMS’ Daniel Ticktum in fourth, who felt going in cleaner air was a better option.

The second part in the F2 qualifying saw changes in the order which ended under red flag due to a crash for Prema’s Schumacher at Ascari, where he lost his rear and smashed into the barrier, same way as F1’s hit for Max Verstappen in FP1.

This helped UNI-Virtuosi Racing’s Callum Ilott to secure a crucial pole in the F2 title fight with a 1m31.929s lap, which he got through the tow from MP Motorsport’s Felipe Drugovich. He just beat Carlin’s Tsunoda (1m31.959s) by 0.030s in the end.

Hitech GP’s Luca Ghiotto jumped to third with a 1m32.127s as ART’s Lundgaard was fourth from Trident’s Roy Nissany, who secured his best F2 qualifying result. Mazepin slotted in sixth from Schumacher, Daruvala, Charouz’s Louis Deletraz and Ticktum in Top 10.

His teammate Juri Vips had a good run in 11th as F2 points leader Prema’s Robert Shwartzman did not have the best of time in 16th just behind fellow Ferrari junior Marcus Armstrong in the ART – both of whose teammates fared better.

The F3 qualifying at Monza was chaos so to speak as the field of 30 cars made a mockery of the situation with everyone trying to get a tow from each other. ART’s Theo Pourchaire hung to take pole with a 1m37.301s lap from Trident’s Lirim Zendeli.

The Trident driver improved to pole for a brief moment after red flag for Hitech GP’s Liam Lawson shedding his cooling fan on track but Pourchaire found more to retake the top spot as his teammate Aleksandr Smolyar rounded out the Top 3.

Despite causing the red flag, Lawson managed to be fourth with Trident’s David Beckmann fifth from first of the Prema, in the form of Frederik Vesti. Jenzer Motorsport’s Matteo Nannini did a solid job in seventh as his teammate was ninth.

They sandwiched HWA Racelab’s Jake Hughes in eighth as F3 points leader Logan Sargeant in his Prema was only 10th from ART’s Sebastien Fernandez and title contender Oscar Piastri 12th.

The numbers after *THAT* quali 👀

UPDATE: After a farcical F3 qualifying, a total of nine drivers were handed penalties which included pole-sitter Pourchaire. His demotion along with Zendeli and Smolyar allowed Lawson to take top spot alongside seventh-placed Nannini.

“Finally, PREMA duo Oscar Piastri and Frederik Vesti have been given three-place grid drops after it was found that they drove unnecessarily slowly and impeded Jake Hughes. The stewards determined that the pair of them failed to move out of the racing line, going side-by-side with one another, which blocked the track for the HWA driver, who was on a flying lap.

“With all of the penalties applied, Lawson inherits pole position, ahead of Matteo Nannini, who will start from second. Hughes was been promoted to P3, ahead of Calan Williams and Logan Sargeant.

“Pourchaire will now start from sixth, ahead of Igor Fraga, Alex Peroni, Vesti and Beckmann.Smolyar has dropped to P11, ahead of Zendeli. Piastri falls to 15th, and Fernandez 16th. Caldwell will start from P20 and Chovet from the back of the grid.”