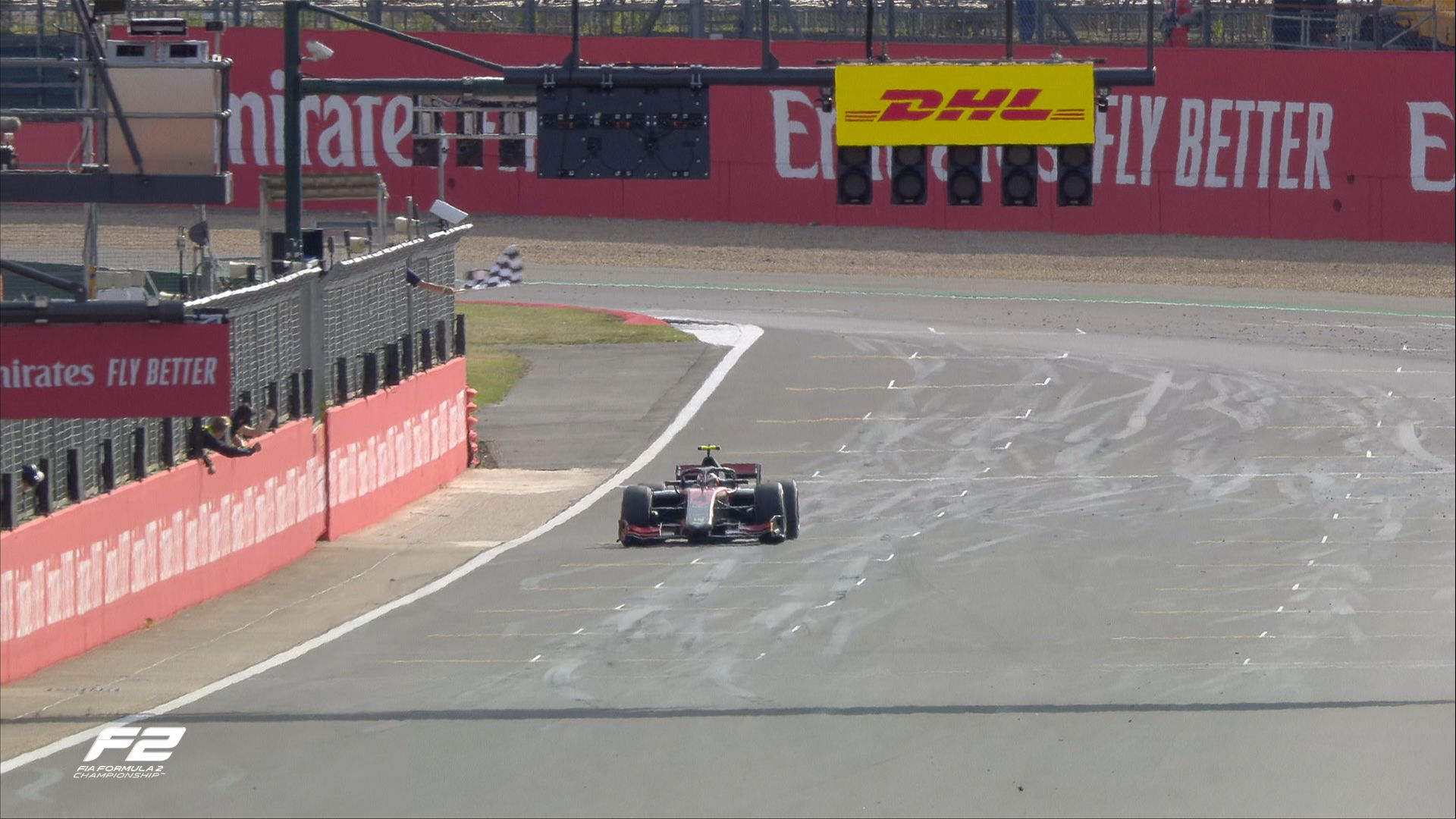 As Ticktum chased Ilott, a moment off the road allowed Lundgaard to be second after he passed Aitken already. The DAMS driver started to loses places to seventh with Schumacher in fourth, Mazepin fifth and Deletraz sixth.

Shwartzman, meanwhile, hurried Ticktum after passing Ghiotto as the Italian lost to UNI-Virtuosi Racing’s Guanyu Zhou and Carlin’s Yuki Tsunoda as well after the Japanese had cleared Drugovich early on to be inside the Top 10.

The net F2 leader Ilott was 10th with Campos’ Guilherme Samaia, Lundgaard, Aitken, Ticktum and Deletraz behind. The Swiss racer didn’t sit back though as he had grid position over the Brit, going around the outside after both cleared Markelov.

Ticktum also lost a place to Tsunoda as Schumacher was the first to pit on the alternative strategy for fresh soft compound. With Mazepin, Shwartzman, Zhou, Drugovich and Daruvala pitting, it brought Ilott back in the lead of the F2 race.

Lundgaard was struggling with tyres but held on second with Aitken third, Deletraz fourth and Tsunoda fifth. Schumacher got up to sixth with Mazepin still behind as Shwartzman and Zhou were eighth and ninth ahead of Ticktum, who had Drugovich behind.

As Ilott led the way, Mazepin was the driver to make a move on Schumacher finally to take sixth as Shwartzman was up on the tail of his teammate soon as well. The Russian passed Tsunoda as well to be fifth as Lundgaard started to lose his tyres to Aitken.

It was clean work for Ilott in the end to win the feature F2 race and become the new points leader with Lundgaard hanging on to second from Aitken. Mazepin shone on alternate strategy to be fourth after passing Deletraz as he fended off Tsunoda for fifth.

Schumacher held on to seventh with Shwartzman in eighth and a Prema front-row lockout for the sprint F2 race as Zhou was ninth with Drugovich rounding out the Top 10 from teammate Nobuharu Matsushita and Daruvala, who had the fastest lap but no points.

Pole-sitter Prema’s Logan Sargeant was unbeatable in the feature F3 race at Silverstone as the American had no trouble to secure his first win from HWA Racelab’s Jake Hughes, who snatched second from Hitech GP’s Liam Lawson at the start and kept it.

The Kiwi came back on the Brit late in the race but Hughes had enough with Lawson also fending off the charge from Prema’s Frederik Vesti, who gave him much trouble. The Dane was warned of his defence, though, but did well to be fourth.

Trident’s David Beckmann fought back from the latter half of Top 10 to fifth as ART’s Theo Pourchaire was sixth after a hefty battle with the German and also Prema’s Oscar Piastri and MP Motorsport’s Bent Viscaal, where at one moment he lost places to them.

He re-gained with Piastri having to settle with seventh after starting from 11th as Viscaal was eighth from Carlin’s Clement Novalak and Charouz’s Lirim Zendelli in the Top 10 but a penalty to Novalak helped Zendelli to be ninth and Carlin’s Ben Barnicoat in 10th.