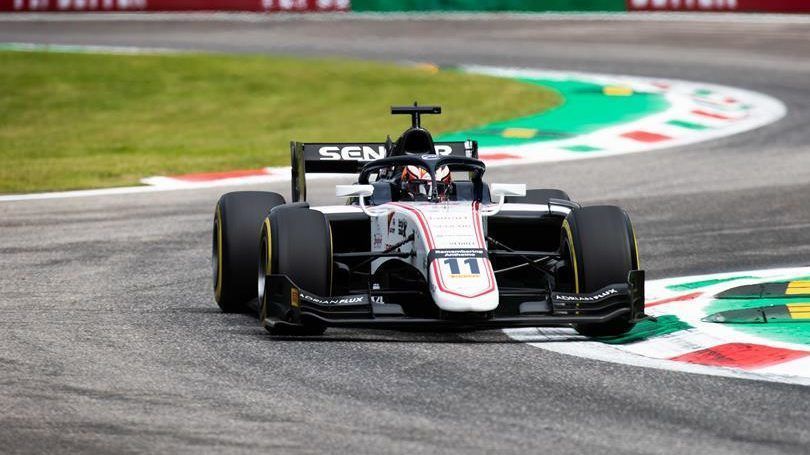 The rain intensified at Monza for F2 qualifying which caught out several drivers as Carlin’s Nobuharu Matsushita caused the session’s first red flag when he beached his car on the gravel.

The session re-started but there was another red flag when BWT Arden’s Tatiana Calderon crashed into the barrier as Campos Racing’s Marino Sato had a spin but managed to get going.

Post re-start, Trident’s Giuliano Alesi had a spin as well but continued. In the meantime, Sauber Junior Team by Charouz’s Callum Ilott headed the way from UNI-Virtuosi Racing’s Guanyu Zhou.

The slippery conditions continued to cause issues as MP Motorsport’s Mahaveer Raghunathan had a late spin too. With the track showing no improvements, Ilott remained on top for the rest of the session.

UPDATE: Points leader and ART’s de Vries has been disqualified from F2 qualifying due to fuel infringement. The Dutchman will be allowed to start from a position, determined by the stewards.

Post-race checks showed that the car did have enough fuel for them to perform the checks. It was found that an extra lap from de Vries meant, there was a miscalculation from the team’s side.

Statement: “Nyck de Vries has been disqualified from the results of today’s FIA Formula 2 Qualifying session, following a fuel infringement. Competitors must ensure that a 0.8kg sample of fuel may be taken from the car at any time during the Event.

“De Vries’ car was not able to supply this sample when tested. The stewards determined that ART Grand Prix made a miscalculation on the number of laps that had been completed, as an additional lap was completed and therefore the fuel load that had been calculated before the start of the session was insufficient.

“As a consequence, the Dutchman has been disqualified from the results and all his lap times from the session have all been cancelled. De Vries, who had originally classified fourth, has been given permission to start tomorrow’s Feature Race in a position to be determined by the stewards.”