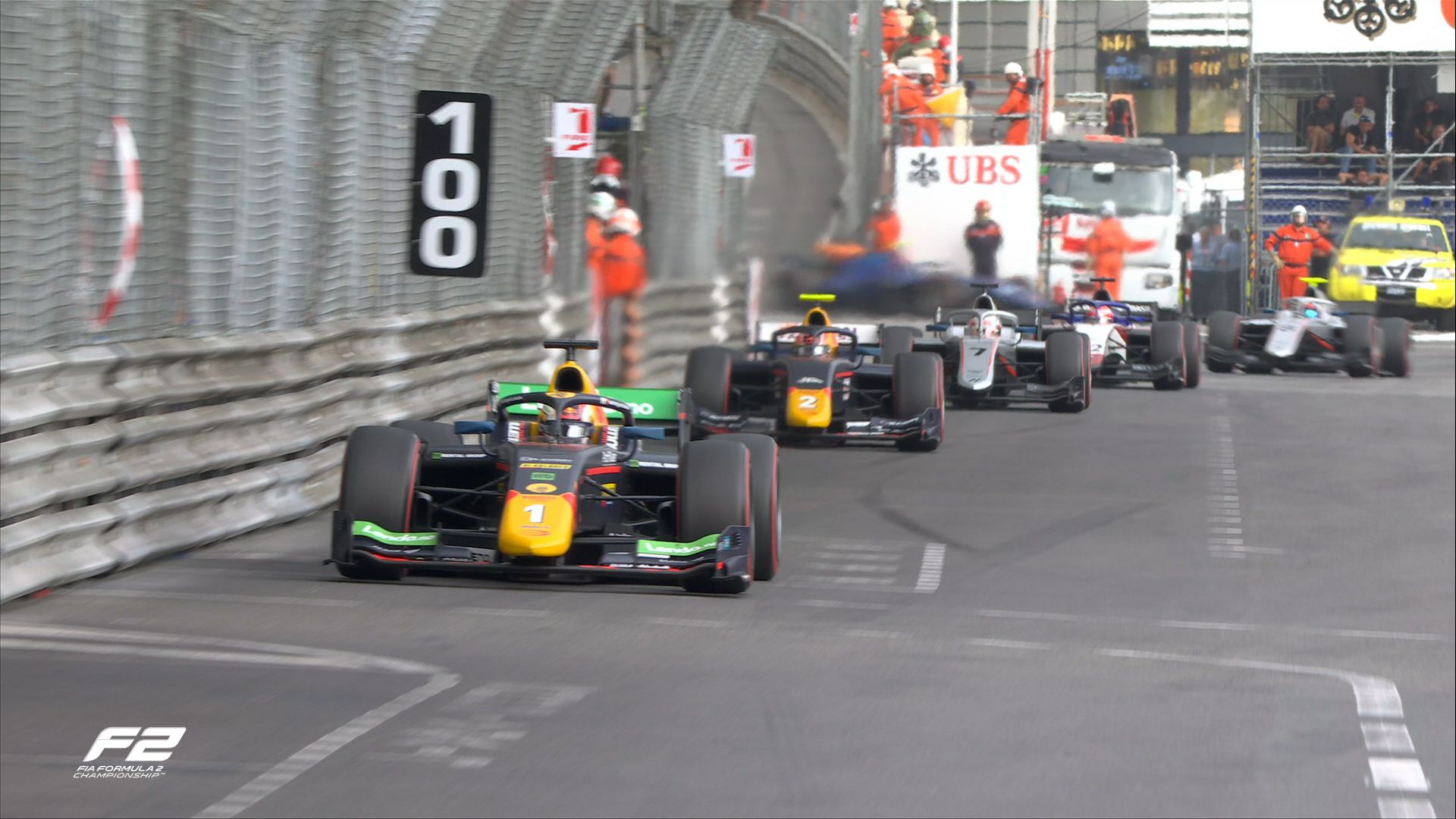 Dennis Hauger registered his first F2 win in Monaco sprint race in a Prema 1-2 from Jehan Daruvala, with Marcus Armstrong in third.

It was a delayed start to sprint F2 race in Monaco due to late F1 qualifying crash. Once it got going, reverse grid pole-sitter Jake Hughes stalled his Van Amersfoort Racing at the start which allowed Prema’s Dennis Hauger to take the lead from Jehan Daruvala.

The Indian had to avoid Hughes and almost lost out to Hitech GP’s Marcus Armstrong but stayed ahead in second. Charouz’s Enzo Fittipaldi slotted in fourth from Hitech GP’s Juri Vips with ART’s Theo Pourchaire in sixth.

Pourchaire and Virtuosi’s Jack Doohan made contact at Turn 1 on Lap 1 but both escaped any issue with Carlin’s Liam Lawson rounding the points places in the Top 8. With the dark clouds hovering, MP Motorsport’s pitted Felipe Drugovich for wet tyres.

The gamble did not pay off as he was also handed a 5s time penalty for speeding in pitlane. He was forced to retire eventually as Hauger at the front stretched a good lead from Daruvala and Armstrong, who had a big lead over Fittipaldi and the chasing pack.

The race was neutralised with the safety car after the other MP Motorsport’s Clement Novalak halted in the final corner after DAMS’ Ayumu Iwasa tried a move on the inside. The incident was put under investigation where the Japanese was handed a 10s penalty.

The re-start worked well for Hauger as he continued to lead Daruvala and Armstrong, while Fittipaldi held off Vips, Pourchaire, Doohan and Lawson in the Top 8 points place. DAMS’ Roy Nissany and Carlin’s Logan Sargeant rounded out the Top 10.

After multiple troubles Drugovich eventually retired from the race. At the front, Hauger checked out in the lead with Daruvala falling into the traps of Armstrong where the Indian was complaining about the set-up differences to the Norwegian driver.

After having a difficult run all-through the season so far, Hauger came through to score his first F2 win of the year in Monaco sprint race with a handsome margin over Daruvala who resisted the pressure from Armstrong in a Prema 1-2 finish.

Fittipaldi ended up fourth from Vips with Pourchaire, Doohan and Lawson retaining the points in the Top 8 from Nissany and Sargeant.