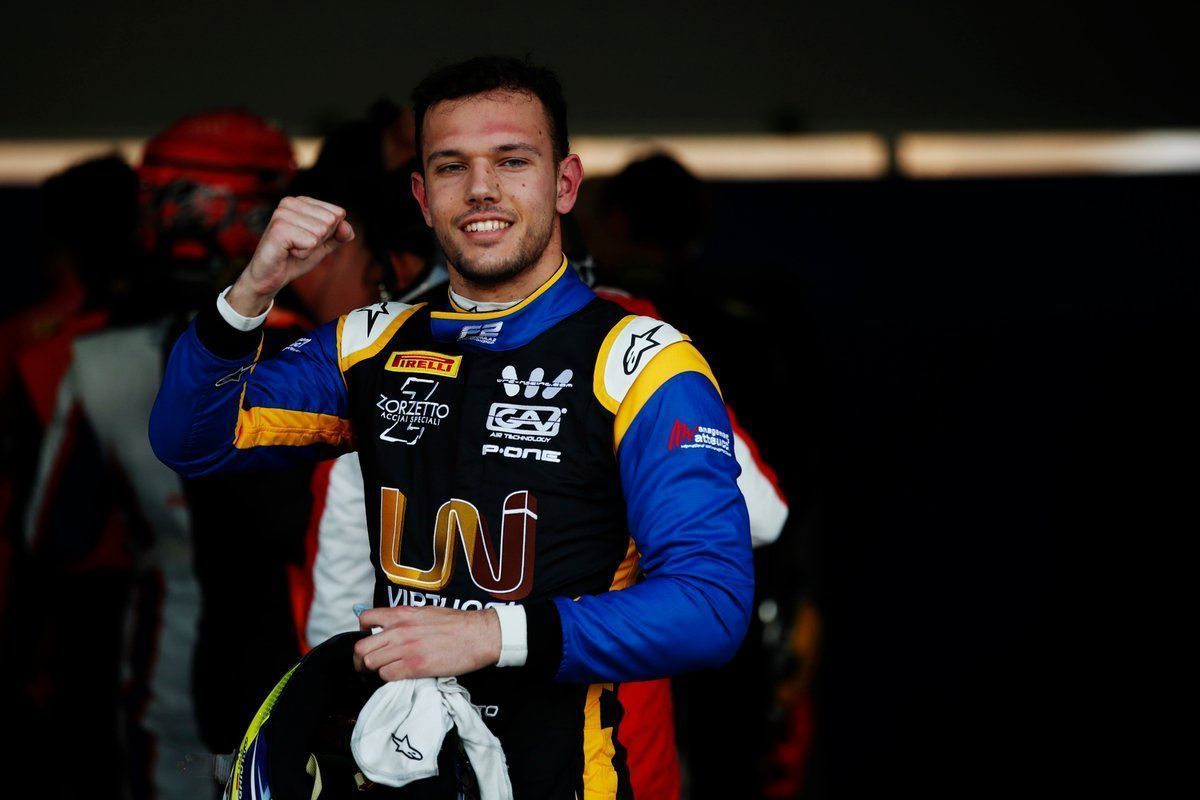 Reverse grid pole-sitter and Prema’s Mick Schumacher started off well in the lead but it was mayhem behind with Campos Racing’s Jack Aitken, ART Grand Prix’s Nyck de Vries and Carlin’s Louis Deletraz going at each other when they made slight contact.

The trio dropped behind as DAMS’ Sergio Sette Camara & Nicholas Latifi, UNI-Virtuosi Racing’s Luca Ghiotto and BWT Arden’s Anthoine Hubert made headway. Among them, Camara, Latifi and Ghiotto were the ones on the charge behind Schumacher.

The Italian settled in the lead with Camara and Latifi behind while Schumacher kept fourth from de Vries, Deletraz, Hubert and Aitken in the points scoring position. The scenario in the F2 race changed with multiple teams opting for a pit stop in hot conditions.

Race leader Ghiotto was one of them as he dropped back to 14th after his stop. Most of the other top end drivers decided to stay in including the DAMS drivers as Ghiotto then started to claw back into the points scoring position.

The Italian was right on the tail of Camara and Latifi with few laps remaining and eventually passed them to retake the lead with two laps remaining. He held on then to score his second F2 victory after 2017 when he took his first at Monza.

It was also the new F2 team UNI-Virtuosi Racing’s first win after taking over the Russian Time entry. The DAMS drivers completed the podium with Camara ahead of Latifi – the outfit’s second double podium of the Bahrain weekend.

While Ghiotto had his moment of glory, teammate and Renault junior Guanyu Zhou had his as well as the Chinese racer fought from the fag end of the Top 10 early in the race to end up fourth as the best rookie driver as well.

Behind him, Deletraz got past Schumacher for fifth after a back and forth fight between the two with de Vries and MP Motorsport’s Jordan King rounding out the points scoring positions – the latter fighting through from outside the Top 10.

The alternate strategy did not work for Hubert who was only ninth when he passed Prema’s Sean Gelael on the finish line with Aitken also losing out in 11th. Honda junior and Carlin’s Nobuharu Matsushita struggled all-through to end up 12th.

There was a big fight for 13th at one point of time but ART Grand Prix’s Nikita Mazepin held from Trident’s Ralph Boschung with Alfa Romeo tester and BWT Arden’s Tatiana Calderon 15th ahead of Ferrari junior and Sauber Junior Team by Charouz’s Callum Ilott.

Trident’s Giuliano Alesi was also in the mix but ended up 18th behind Campos’ Dorian Boccolacci as Alfa Romeo and Sauber Junior Team by Charouz’s Juan Manuel Correa in 19th after an early hit with staller MP Motorsport’s Mahaveer Raghunathan in 20th.

UPDATE: There were couple of penalties to drivers after the race with the bigger one for Alesi as he was disqualified from the sprint race result as it was found that ‘he had been using a tyre allocated for the right hand side on the left hand side’ of his car.

As a result, Correa was promoted to 17th with Raghunathan 18th. In another bizarre penalty, the Indian driver was given a 10-place grid drop for the Baku feature race after it was found that he did an extra lap after the end of the race.

He passed the chequered flag twice at the same race speed in the extra lap. He ended up a lap down to the leaders in the original result which is why he may have done the extra lap thinking he had to do 23 instead of ending at 22.

Here’s how the first race went in Bahrain