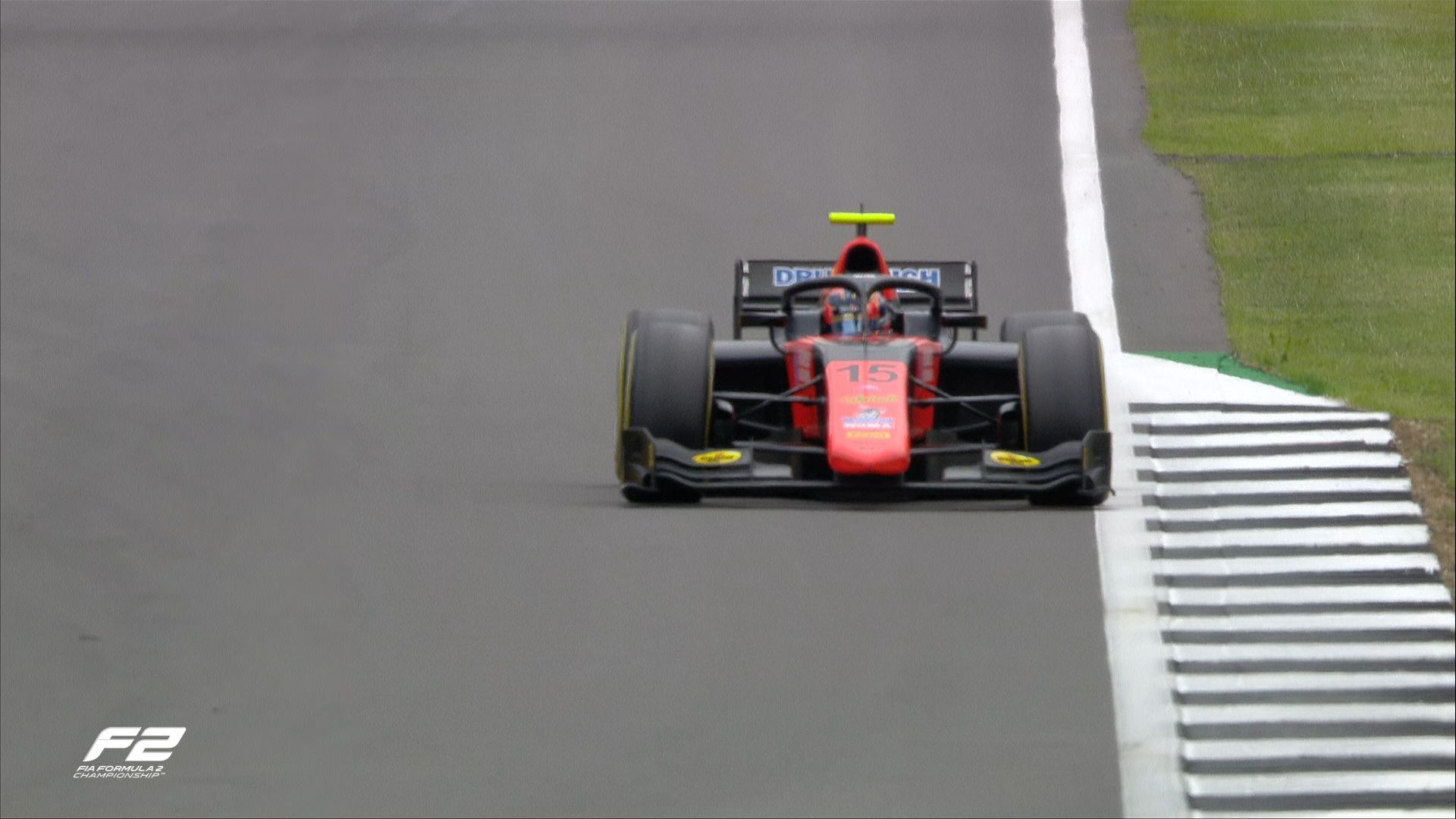 The first run in the Silverstone F2 qualifying had a close fight with Carlin’s Jehan Daruvala leading with a 1m40.140s lap as the Top 4 were separated by less than a second. ART Grand Prix’s Christian Lundgaard slotted in second.

The second row then had Campos Racing’s Jack Aitken and Carlin’s Yuki Tsunoda as the F2 field had some difficult driving standard with weaving and impeding pretty common feature as Trident’s Roy Nissany and Prema’s Mick Schumacher were put under investigation.

The Israeli pretty much blocked the German as he also had an off later on. Prema’s Robert Shwartzman and DAMS’ Sean Gelael were also under investigation where the Russian believed to have impeded the Indonesian.

The second run saw improvements from multiple drivers as MP Motorsport’s Drugovich shot onto the top to clinch feature F2 race pole with a 1m39.527s lap with UNI-Virtuosi Racing’s Callum Ilott falling shot in second with a 1m39.666s.

A late lap from Prema’s Schumacher helped him to be third with a 1m39.761s lap as ART’s Lundgaard improved to be fourth from Hitech GP’s Nikita Mazepin. Campos’ Aitken also had an improvement to be sixth as Daruvala dropped to seventh with.

The Prema brigade continued its charge in F3 at Silverstone as Sargeant took pole for the feature race with a 1m46.257s lap as he managed to beat Hitech GP’s Liam Lawson by 0.058s after Kiwi managed to push Aussie Oscar Piastri to third after a late lap.