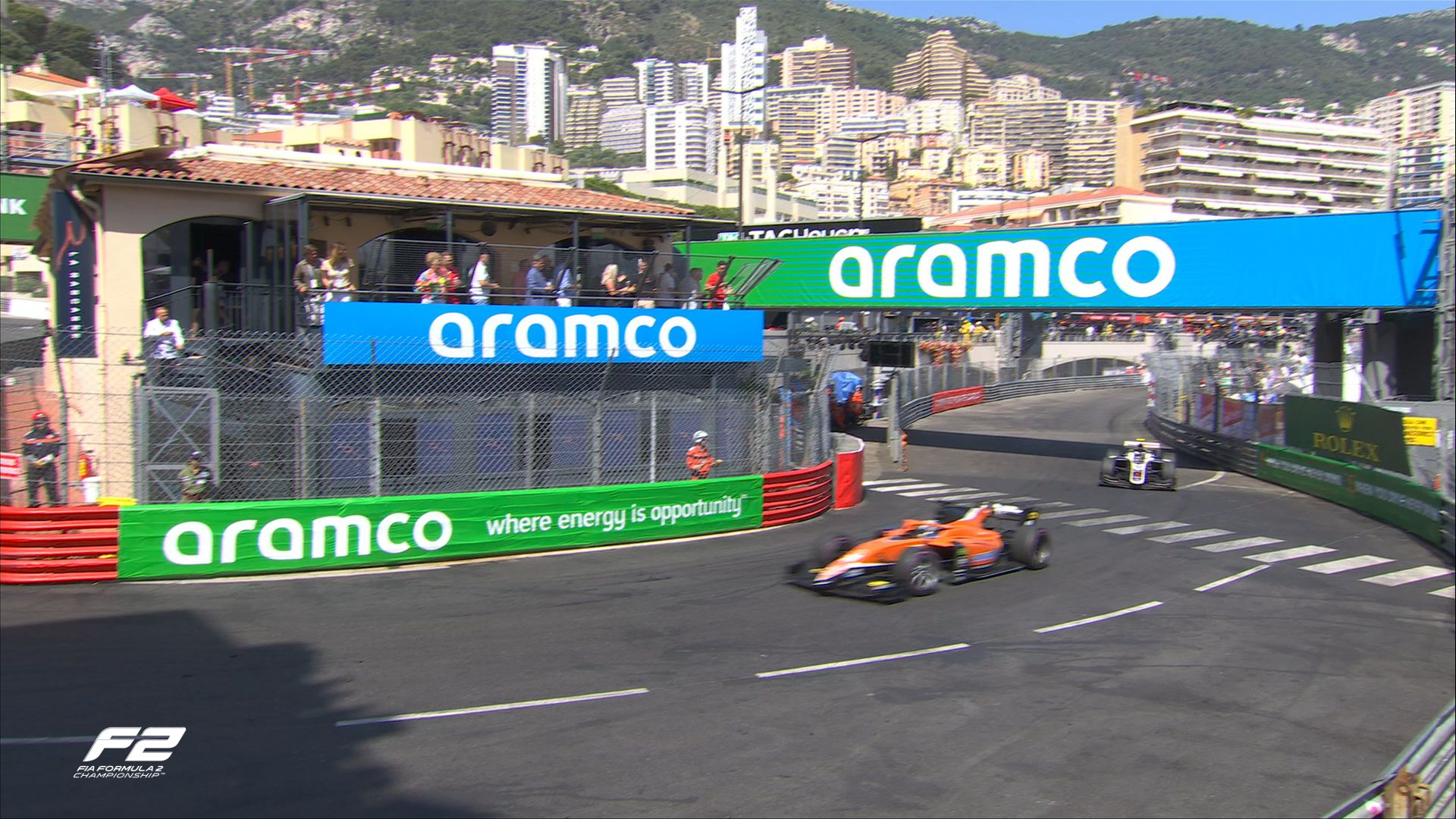 It was a clean start from pole-sitter Felipe Drugovich in his MP Motorsport car in feature F2 race in Monaco as he led ART’s Theo Pourchaire and Virtuosi Racing’s Jack Doohan, with Carlin’s Liam Lawson and DAMS’ Roy Nissany stalling on the grid.

The Top 10 was rounded out by Van Amersfoort Racing’s Jake Hughes and DAMS’ Ayumu Iwasa, where the Japanese made up one place on Trident’s Calan Williams. The race settled down as Nissany was handed 10s time penalty for start infringement.

He eventually retired after multiple investigations, while Campos’ Olli Caldwell and Prema’s Daruvala too were put under investigation for pitlane infringement which will be investigated after the race. Teammate Hauger was first to pit from the top half.

He became the leading car to pit outside the Top 10 but he was stuck behind Lawson, with Daruvala behind the Norwegian. At the front, Drugovich was comfortable in lead from Pourchaire but Doohan always had Vips on his tail in the first stint.

They all got a relatively cheap pit stop when VAR’s Amaury Cordeel stopped near pit exit after hitting the barrier in the final corner. There was some commotion when marshals were trying to pull the car at pit exit which delayed the leaders but it didn’t matter.

Drugovioch was still in lead from Pourchaire but Vips took third from Doohan in the pitlane, with Fittipaldi in fourth from Armstrong, Hauger, Williams, Daruvala and Iwasa in the Top 10 at the re-start. But before the race could get going, there was another safety car.

In the need to make up places, Lawson pushed MP Motorsport’s Clement Novalak into the barrier at Fairmont Hairpin which forced him to stop and retire. The re-start worked well for Drugovich but Pourchaire hung on his back, piling up the pressure.

Vips was a bit far off with Doohan on his tail, while Fittipaldi had Armstrong, Hauger, Williams, Daruvala and Iwasa on his tail with a close margin. While it was settled in the front, the fight for eighth started to punch in with Daruvala chasing Williams.

It got hairy at one moment which the stewards also noted but Daruvala got the move done at the exit of the tunnel sequence with Sargeant going through. At the front, Drugovich resisted the pressure from Pourchaire to win the feature F2 race in Monaco.

He was only 0.8s ahead of the Frenchman, with Vips long way off in third from Doohan, Fittipaldi, Armstrong, Hauger, Daruvala, Sargeant and Virtuosi’s Marino Sato in the Top 10, where the Japanese got a point after late collision for Williams and Iwasa.