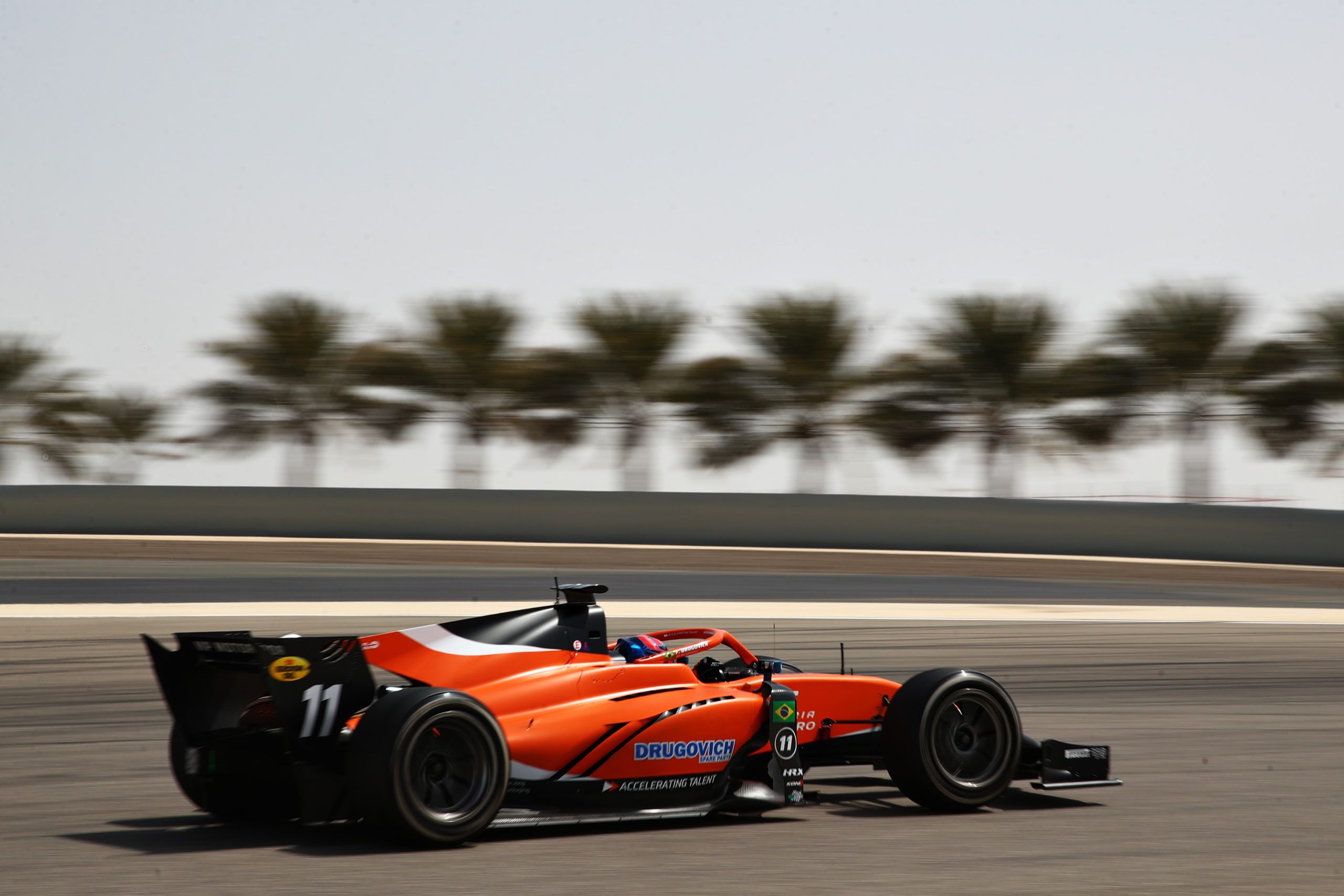 The final day in Bahrain F2 test ended with just the morning session after the afternoon running was cancelled due to sandstorm at the circuit. It meant, MP Motorsport’s Felipe Drugovich was fastest with a 1m44.911s ahead of teammate Clement Novalak.

Hitech GP’s Juri Vips was third in a better run after two days of low-key time. The Estonian was followed by Carlin pair of Liam Lawson and Logan Sargeant in the Top 5. DAMS’ Roy Nissany slotted in sixth in a better show from him and the team.

All 30 cars headed out on a cloudy and humid final morning in Sakhir, and it was Hadjar who impressed again. The Frenchman put in an impressive 44 laps to lead both the timing page and the mileage count in the morning.

The Red Bull-backed 17-year-old ended the session with a 0.381s advantage over Crawford, who made the top two for the first time this week. Swiss racer Saucy led the standings at the start of the session, but had dropped back to third at the flag, 0.0472s off Hadjar. MP Motorsport pairing Caio Collet and Alex Smolyar completed the top five, ahead of Campos Racing’s David Vidales, who made his maiden appearance in the top 10.

The sole Red Flag of the penultimate session came courtesy of Kaylen Frederick, whose Hitech stopped at Turn 3. The American ended the session in eighth, one place behind ART’s Victor Martins. Carlin’s Zak O’Sullivan carried on his consistent performances at testing to place inside of the top 10 for the third successive session, ahead of Staněk.

The grid had to navigate a sandstorm as Staněk topped the final session of pre-season, setting a 1:48.182 in the final hour. The Trident racer finished 0.616s ahead of his nearest rival, as Ushijima pipped Maloney to second by 0.009s in the final 15 minutes. The top six was made up exclusively of Trident and Van Amersfoort drivers, as Franco Colapinto placed fourth, ahead of Jonny Edgar and Rafael Villagomez.

It was Colapinto who led the lap-count, completing 43 tours of the Bahrain International Circuit in the afternoon. There were three Red Flags in the final session of the week with Josep María Martí, László Tóth and Saucy all stopping on track on separate occasions during the session.

[Note: The F3 as per the press release with no edits made]