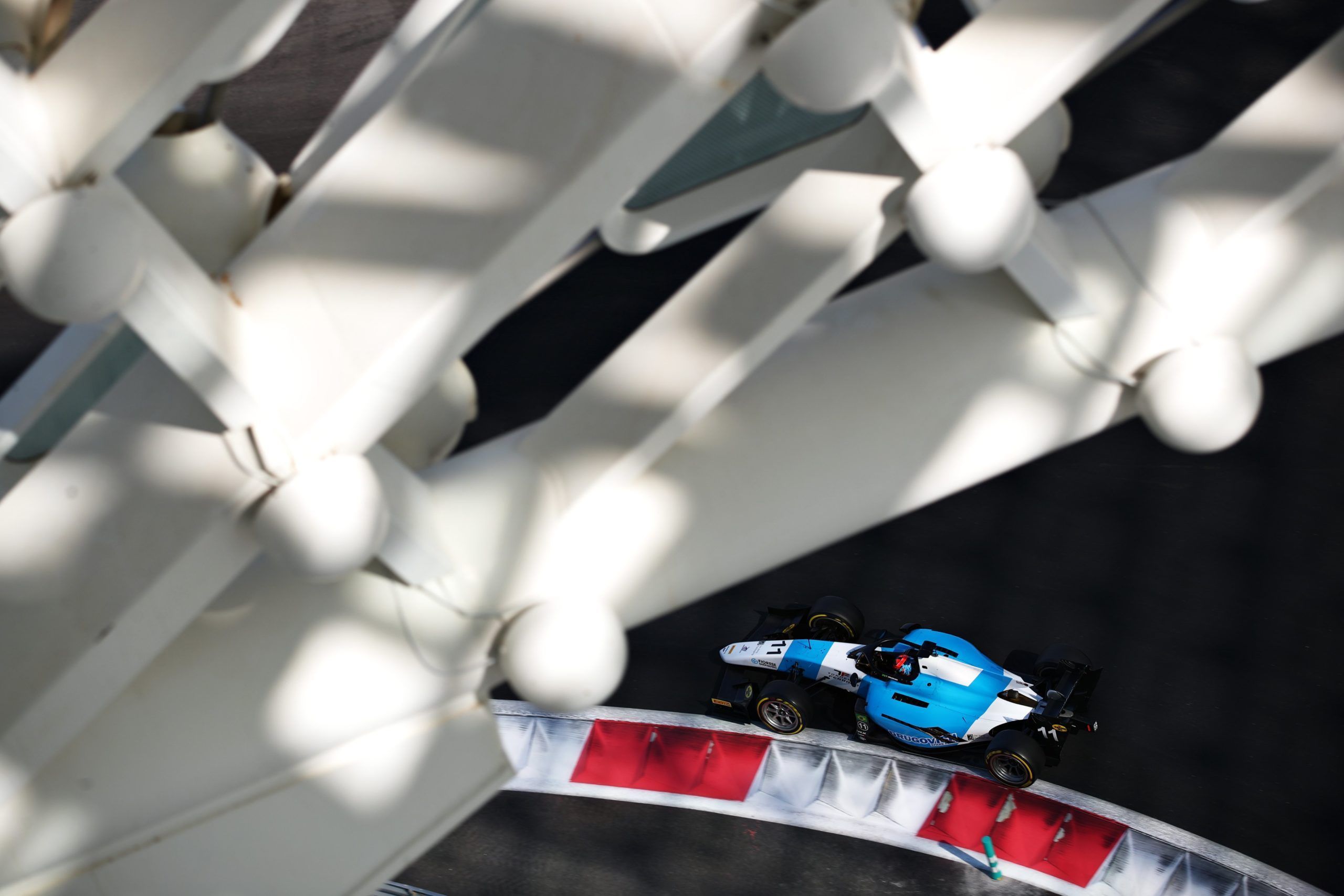 Having missed out on a top spot on Day 1, MP Motorsport’s Drugovich was fastest on Day 2 of the Abu Dhabi F2 test after setting a 1m35.614s in the morning session, which was nearly half a second faster than UNI-Virtuosi Racing’s Doohan (1m36.079s).

The former teammates Liam Lawson and Juri Vips slotted in sixth and seventh, with the former now driving for Carlin and the latter remaining at Hitech GP. The Estonian’s new teammate Marcus Armstrong was eighth from 2021 F3 champion.

After a learning day, Dennis Hauger showed some pace in his Prema to be ninth as Van Amersfoort Racing’s Jake Hughes was 10th. Much like the first day of F2 testing, the second day saw multiple red flag stoppages during both morning and afternoon session.

Sargeant caused a red flag in the morning session along with Charouz’s Juan Manuel Correa, ART’s Frederik Vesti, DAMS’ Ayumu Iwasa and Charouz’s Guilherme Samaia, while Vesti, Hughes and Trident’s Teppei Natori did so in the afternoon session.

Here’s how they stood in F2 AM session:

Here’s how they stood in F2 PM session: