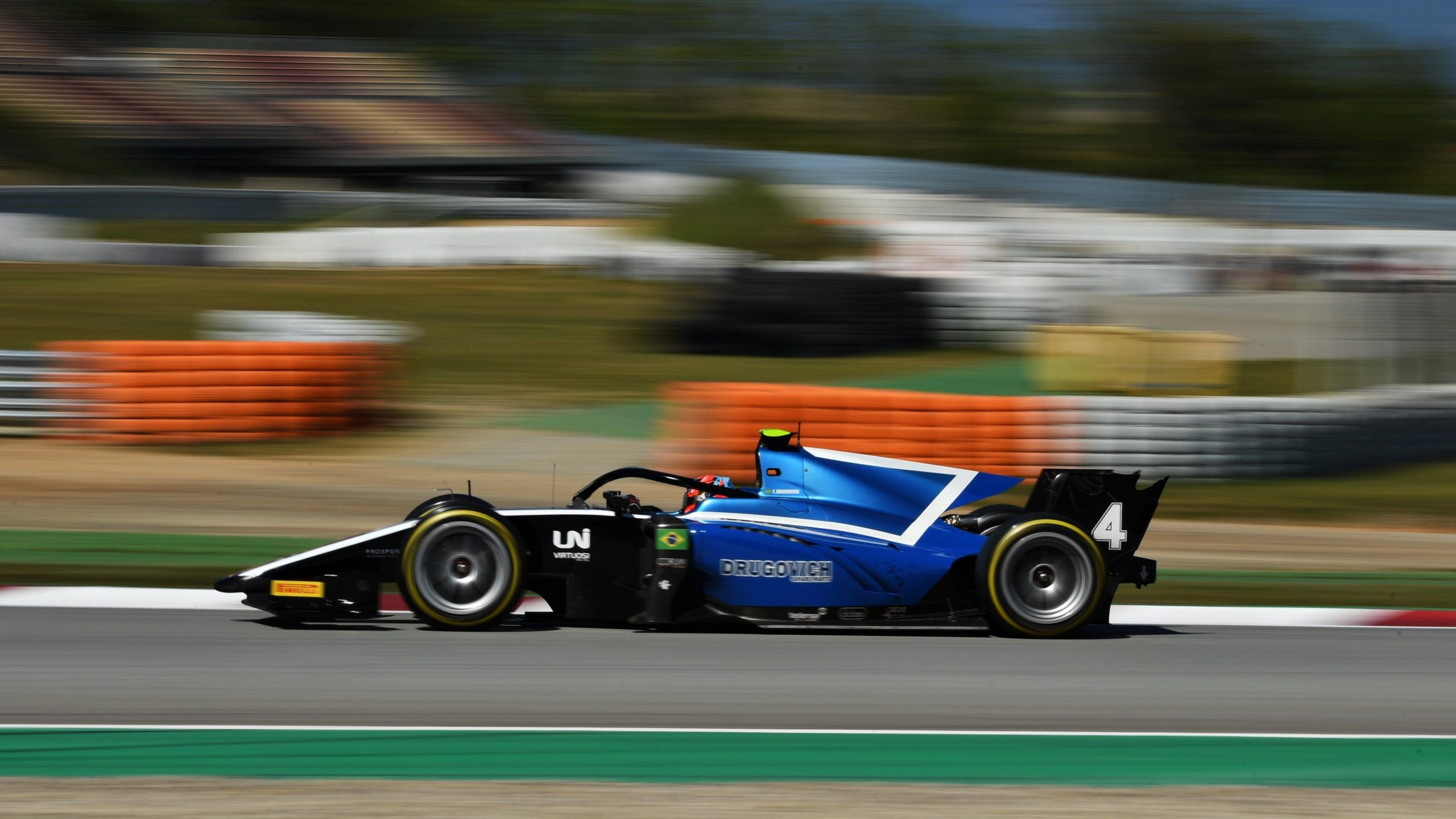 Such was the day that all of the time set in the cloudy morning session stood as the final standing barring HWA Racelab’s Matteo Nannini, who didn’t set a time in the AM. Drugovich was the fastest with a 1m27.945s from Piastri (1m28.105s) in the end.

ART’s Christian Lundgaard slotted in fourth ahead of the two Hitech GP cars of Liam Lawson and Juri Vips, with the other ART of Theo Pourchaire at the other end in seventh. Prema’s Robert Shwartzman then came in eighth to complete the three F2 team’s line-up.

Apart from UNI-Virtuosi Racing, Trident’s Bent Viscaal and MP Motorsport’s Lirim Zendeli, were the other two F2 teams to find a space in the Top 10, with the former in ninth and the latter in 10th, as Drugovich’s teammate Guanyu Zhou missed out in 11th.

The morning session had double red flag stoppages, where HWA Racelab’s Alessio Deledda spun at Turn 1, while Carlin’s Jehan Daruvala caused the other, when he stopped at the track with a suspected issue, right towards the end of the session.

The afternoon running saw Lawson hit the barrier at Turn 5 early. He managed to return to the track but with 15 minutes remaining, he stopped at Turn 8-9 to bring out another red flag. MP Motorsport’s Richard Verschoor caused the third one when he stopped at Turn 7. 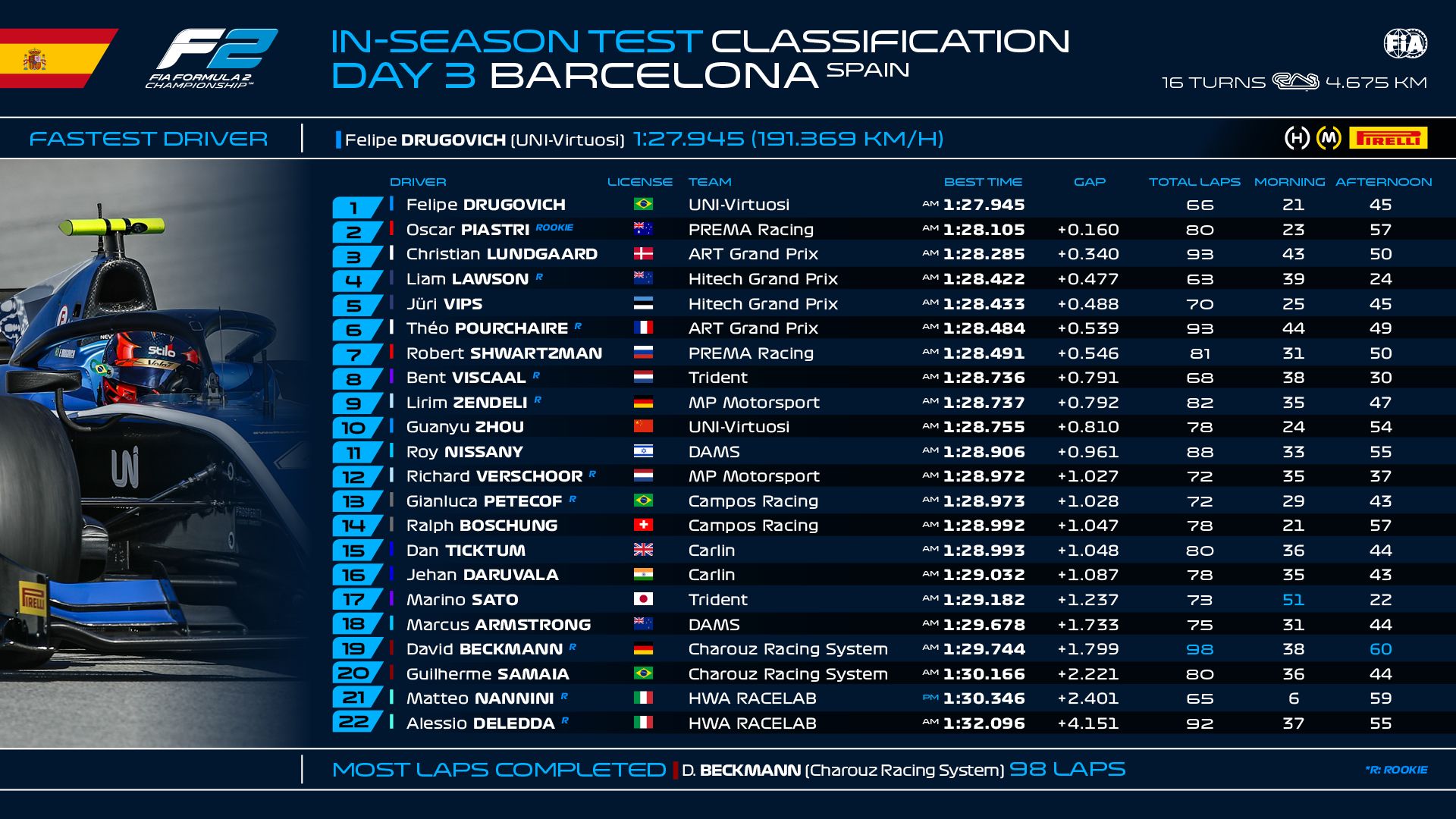 Here’s how F2 drivers’ stood in AM:

Here’s how Day 1 of F2 test panned out

Here’s how Day 2 of F2 test panned out