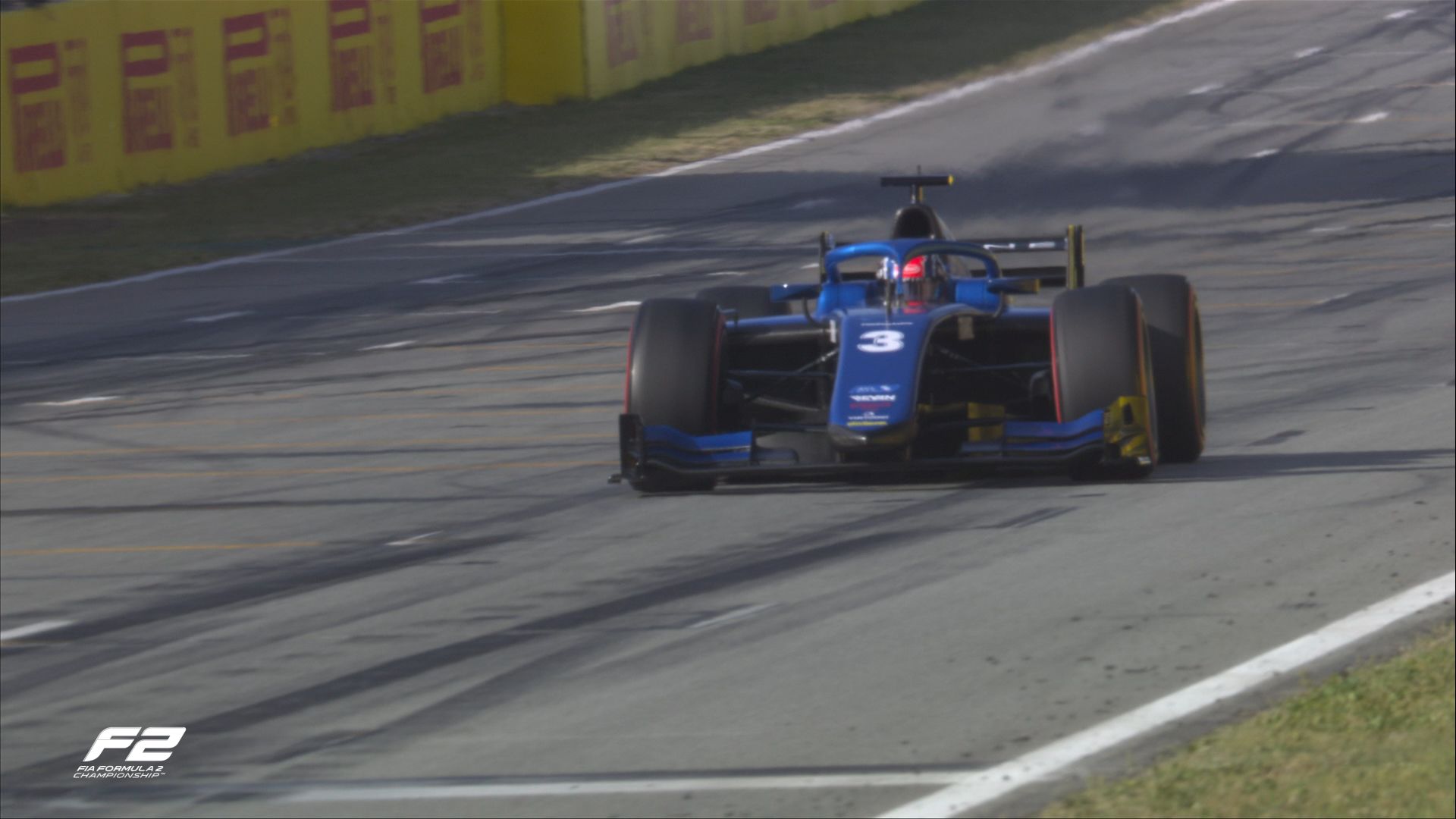 The start of the F2 qualifying at Barcelona saw Prema’s Jehan Daruvala set the pace in the initial run from Virtuosi Racing’s Jack Doohan and MP Motorsport’s Felipe Drugovich with a 1m28.884s lap. Interestingly, he completed both his run midway in the session.

He set the pace early on and then returned to the track again to up his pace by 0.2s over Doohan. His teammate Dennis Hauger was fourth with Van Amersfoort Racing’s Jake Hughes in fifth as Virtuosi’s Marino Sato adopted Daruvala’s strategy.

Even his teammate did the same with Hauger not running too along with few others. The tactics for the Indian driver didn’t work as Doohan upped the pace to set a 1m28.612s lap to go fastest with ART’s Frederik Vesti slotting in second.

But he was dislodged to third after a late push from Hitech GP’s Juri Vips where he missed pole by 0.023s with Doohan taking the top spot for the feature F2 race at Barcelona. Daruvala ended up fourth eventually with Carlin’s Logan Sargeant fifth.

DAMS’ Ayumu Iwasa ended up sixth from ART’s Theo Pourchaire, with Hughes in eighth from Trident’s Callan Williams and MP Motorsport’s Drugovich in the Top 10. The Brazilian has reverse grid pole for the sprint F2 race on Saturday.

Roman Stanek left it late but secured himself pole position ahead of Victor Martins at the Circuit de Barcelona-Catalunya. The Trident driver had made an early error in the session but rebounded brilliantly to take pole position in the final moments of the day.

Alex Smolyar followed ahead of Isack Hadjar and Arthur Leclerc, who will have to make up places to fight with his championship rivals ahead. Meanwhile Juan Manuel Correa made it inside the top 10 on his return.

Though he was fastest in Practice, Martins was in no hurry to get underway. The rest of the pack filtered through the pit lane and out onto a baking hot track. Drivers were very careful to bring the tyres into the ideal operating window, with track temperatures around 48°C as they made their way onto the circuit.

Kaylen Frederick set the first representative time of the session which was quickly beaten by several drivers. Caio Collet’s 1:34.026 put him fastest of anyone following the first laps, tantalising close to breaking into the 1:33s. Stanek had set the fastest first sector time on his opening attempt, but he immediately undid his hard work. On the exit of Turn 4, he ran wide, dipping his left-side tyres into the grass bringing his first push to an early end.

Franco Colapinto slotted into second, just 0.015s off provisional pole. Martins’ late start didn’t prevent him from going close and he planted his ART Grand Prix in third, with Smolyar and Isack Hadjar rounding out the top five after the initial runs.

Jak Crawford was a tenth ahead of Championship leader Leclerc, sixth and seventh respectively while Juan Manuel Correa, Oliver Bearman and Kush Maini filled out the remaining top 10 spots. The track got busy once again with 18 minutes remaining of Qualifying for the next laps. Hadjar was first into the 1:33s to take the top spot but it was only temporary as more laps filtered in. Smolyar lifted himself to the top spot, but Martins found yet more time. A 1:33.568 put the Frenchman ahead of everyone once more.

Title rival Leclerc moved himself up to third place with fellow Ferrari Academy driver Bearman hot on his heels, 0.016s back in fourth. Hadjar retained fifth with his effort and he was followed by Crawford, Collet, Zane Maloney, David Vidales and Stanek. The Trident driver was out of sequence with the rest of the pack but shot up the order into 10th after his earlier error, with just four-tenths separating the top 10.

After everyone had peeled back in for the second and final reprieve, the Circuit de Barcelona-Catalunya filled back up once more with just under six minutes left of the session. Half the field was separated by just a matter of seconds nose-to-tail as the field crawled around the final chicane leading to the final runs of the day.

Stanek set the fastest first sector time as others struggled to find improvements further back. The Czech driver followed it up with two personal bests in sectors two and three to claim provisional pole on a 1:33.516. Martins set a personal best first sector but abandoned his lap, handing pole to the Trident driver.

The Championship leader had to settle for second ahead of Smolyar, Hadjar and Leclerc. Bearman followed his Ferrari stablemate in sixth and narrowly beat out Collet by 0.003s. Frederick was behind in eighth, Crawford ninth and the returning Correa finishing 10th.