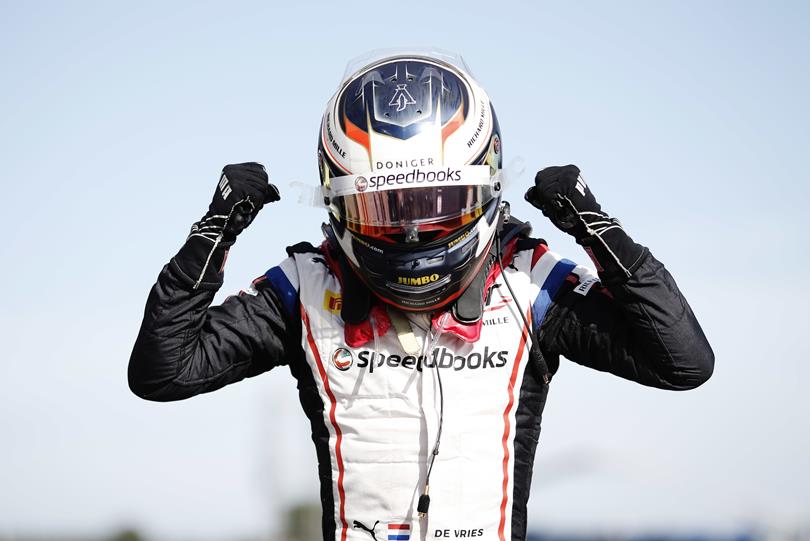 ART’s De Vries led the way in Red Bull Ring F2 qualifying at the halfway stage from UNI-Virtuosi Racing’s Luca Ghiotto and DAMS’ Nicholas Latifi. Among others, only BWT Arden’s Hubert was on a different strategy as he came out early for his quick lap.

He set 1m14.309s to be second for that stage. The second run saw de Vries improve further to set a 1m14.143s and secure his second pole of the 2019 F2 season at Red Bull Ring as Hubert’s earlier time was enough for him to remain second.

UNI-Virtuosi Racing’s Guanyu Zhou (1m14.371s) improved to third with Carlin’s Nobuharu Matusushita (1m14.399s) fourth from Ghiotto (1m14.429s), who locked-up at Turn 4 and couldn’t improve hugely. Behind, Latifi was only sixth after going wide.

Among the new comers for this round, Red Bull junior Patricio O’Ward did well for MP Motorsport to be 17th with Campos Racing’s Arjun Maini 18th and Trident’s Ryan Tveter 19th – all managing to set their quickest time, about 1.2s from the leader.