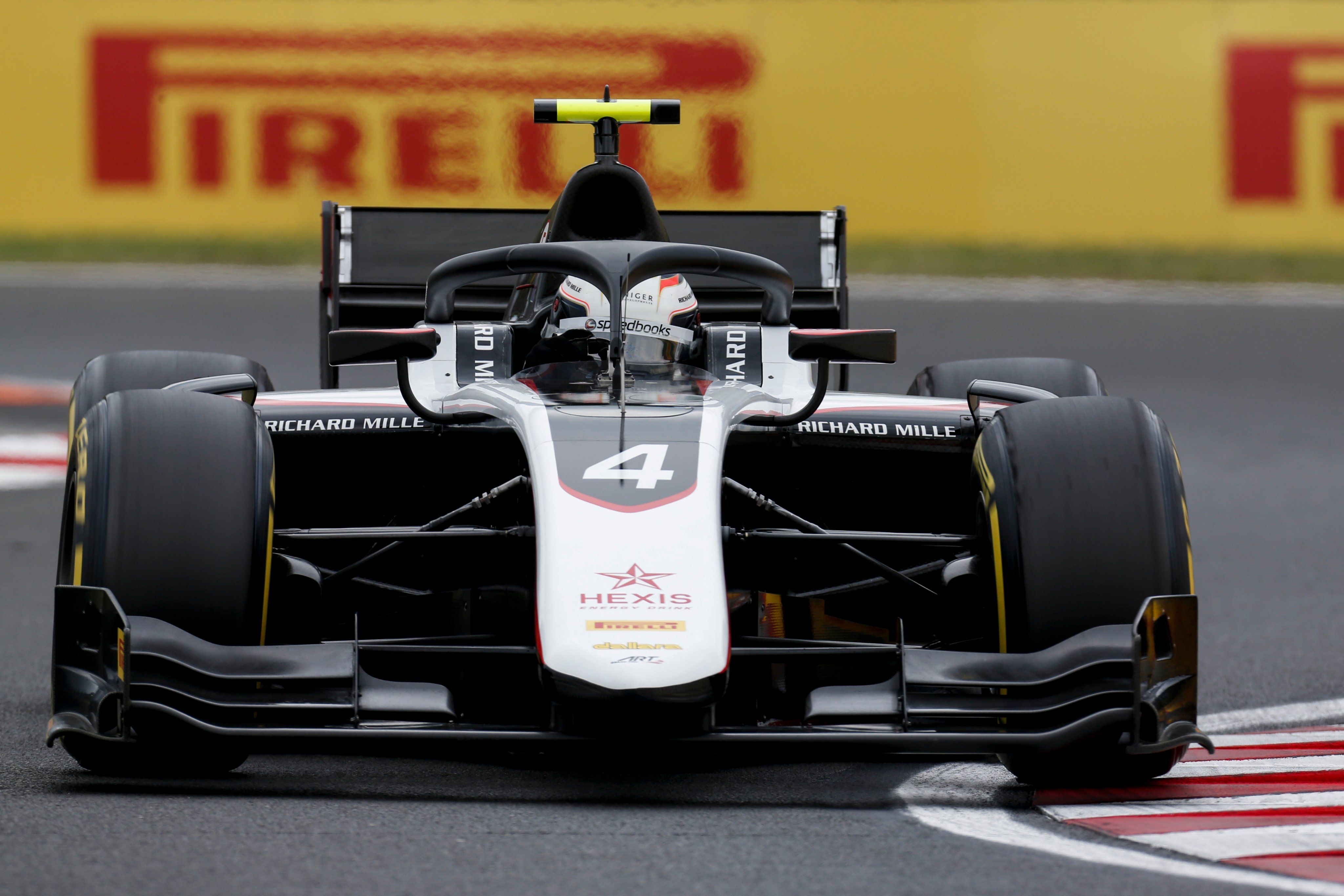 The wet conditions prevailed at Hungaroring for the F2 qualifying session as ART’s de Vries headed the standings with provisional to his name. While UNI-Virtuosi Racing’s Ghiotto looked to beat de Vries, it was DAMS’ Latifi who snatched provisional pole then.

With the conditions remaining the same throughout the session, de Vries came back on his second run to retake the top spot as he secured his third pole of the F2 season with a time of 1m49.809s – the only one to dip into the 1m49s bracket.

Close behind him was Sauber Junior Team by Charouz’s Callum Ilott (1m50.871s) as Campos Racing’s Jack Aitken (1m50.962s) ended up seventh after the British-Korean racer couldn’t improve after going off in the final corner on his quickest lap.

The returning Ralph Boschung (1m52.956s) in the Trident car was 16th behind the continuing Campos’ Arjun Maini (1m52.718s) as the session had an early red flag after ART’s Nikita Mazepin stopped on track due to an engine mapping issue.

UPDATE: Following post-race checks, it was found that both the BWT Arden cars had their tyres fitted wrongly as Hubert’s car had three of his tyres on his car and one of Calderon’s, and a similar offence was found in the Colombian’s car.

Both of the drivers have been disqualified under similar circumstances as Maini was from the Red Bull Ring feature race. This changes the order from ninth to 17th, with the last three places to be filled by Mazepin, Hubert and Calderon.