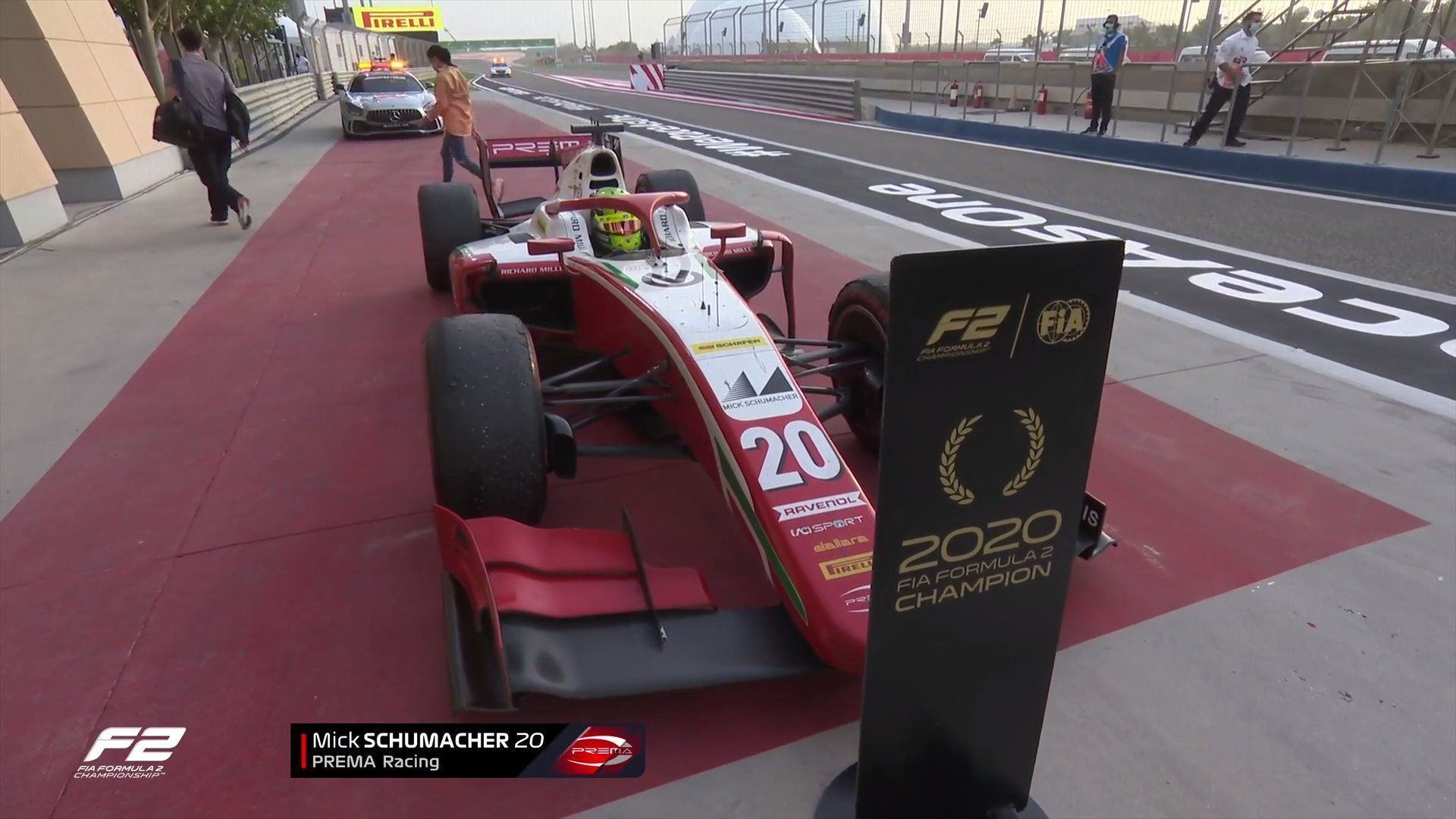 The reverse grid F2 pole-sitter Daniel Ticktum held onto his lead in the DAMS car from Carlin’s Jehan Daruvala into Turn 1 but the Indian racer lost second to Prema’s Mick Schumacher. But it wasn’t for long as the German locked-up hard in Turn 4.

He flat-spotted his tyres as Daruvala passed him there. Schumacher came back to take second at Turn 6 but the Indian driver fought back up in second. Replays showed that the Prema racer came close to hitting the back of Ticktum at Turn 4.

Once Schumacher lost second, he had F2 title rival Callum Ilott just behind in his UNI-Virtuosi Racing car, as the Brit fended of Prema’s Robert Shwartzman hard. The Russian took track position from the Brit but he came back on him, straight up.

The Top 8 behind had MP Motorsport’s Felipe Drugovich, Carlin’s Yuki Tsunoda, UNI-Virtuosi Racing’s Guanyu Zhou and ART Grand Prix’s Marcus Armstrong. It was crazy up and down the field from the get go, as battles were on for all of the positions.

At the front, Ticktum already started to come under pressure from Daruvala as Schumacher had Ilott and Shwartzman all over. The lead battle went for lap after lap as the Indian tried all the tactics to pass, whereas Ticktum tried all to defend there.

But Daruvala eventually got the move done in the final corner as opposed to Turn 1 and Turn 4, surprising Ticktum to take the lead. The Brit stayed on his tail but came under pressure towards the end from Tsunoda, who carved his way up to third.

He passed Drugovich, Zhou, Shwartzman and Ilott to get there after Schumacher was forced to pit due to multiple lock-ups. But the German had a sigh of relief hearing that his F2 title rival, Ilott, had tyre issues as well to drop back in the Top 8.

Ilott eventually dropped outside the Top 8 as Zhou was in fourth from Shwartzman, MP Motorsport’ Giuliano Alesi and Hitech GP’s Luca Ghiotto & Nikita Mazepin. Armstrong, meanwhile, was handed a five second penalty for forcing Drugovich off the track.

At the front, meanwhile, Daruvala held onto his lead to score his first win of the 2020 F2 season as he led a Carlin 1-2 after Tsunoda managed to pass Ticktum on the final corner to be second, with Zhou in fifth from Shwartzman, Alesi, Ghiotto and Drugovich.

Here’s a video link of the race – available in India and Brazil: https://www.youtube.com/watch?v=KcoDv3D_Cog