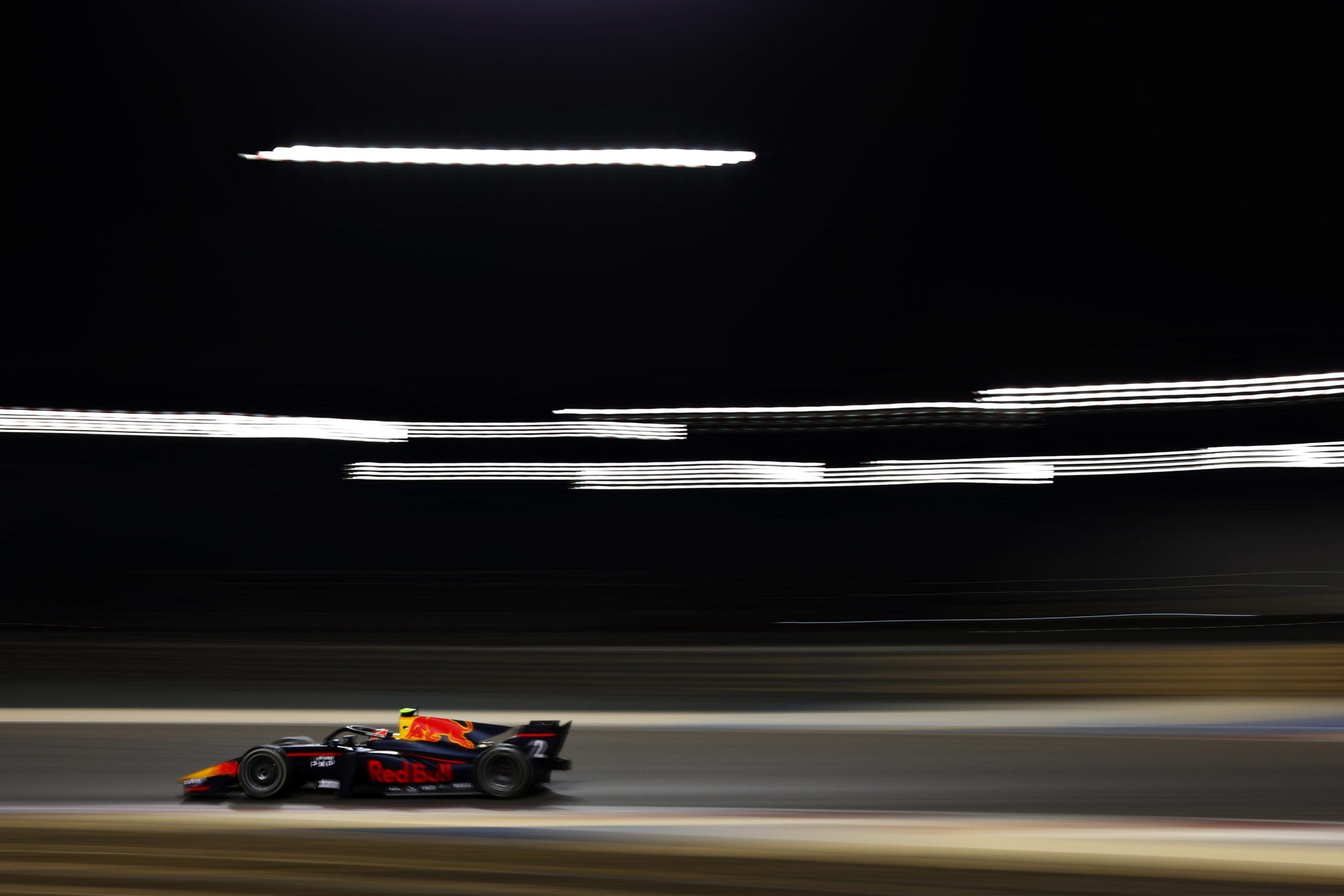 Prema’s Daruvala ended up fastest on Day 1 of Bahrain F2 test after the Indian clocked a late 1m42.074s lap from Trident’s Calan Williams who also improved in the final moments, much like Daruvala’s teammate Dennis Hauger in third.

The trio pushed the Carlin duo of Liam Lawson and Logan Sargeant to fourth and fifth, with MP Motorsport’s Felio Drugovich in sixth ahead of Hitech GP’s Marcus Armstrong who ran the team without the sponsorship stickers of Mazepin’s Uralkali.

Charouz’s Enzo Fittipaldi returned from injury in Saudi Arabia to be eighth as Hitech GP’s Juri Vips and DAMS’ Roy Nissany rounded out the Top 10, with ART’s Theo Pourchaire just missing out. The day saw multiple red flag stoppages but who caused it are not clear.

The first session saw Vips stop twice on track, while Campos’ Oli Caldwell did so once. The second session wasn’t too happy for the Estonian again as he caused another red flag but managed to return for a run, while Charouz’s Cem Bolukbasi caused the fifth red flag.

Formula 3 returned at the Bahrain International Circuit on Wednesday as a new-look field featuring 15 rookies headed out on the track for their first action of the year. Roman Stanek sat at the top of the timesheets during the opening stages, but his unrepresentative time of 2:13.030 was easily beaten by Ushijima. Hitech Grand Prix’s Red Bull junior Isack Hadjar went second with his teammate Kaylen Frederick in third.

The trio remained in their positions for the best part of an hour, until in the final 30 minutes of the session, Arthur Leclerc – who was crowned Asian F3 champion during the off-season – replaced Ushijima at the top with a 1:48.005. Maloney went second shortly after, while Ushijima managed to hold on for third at the flag.

Enzo Trulli brought the session to a slightly premature end as the Carlin driver stopped on track due to an engine issue just minutes before the chequered flag. Hadjar and Frederick completed the top five, followed by Alex Smolyar, Alatalo, Franco Colapinto, Oliver Bearman and Stanek. MP duo Kush Maini and Caio Collet completed the most laps in the morning session, punching in 25 each.

Action resumed in the afternoon and the rookies continued to impress. Alpine Academy driver Collet initially went first and was followed by Charouz Racing System’s Ayrton Simmons. As the laps got more competitive, ART Grand Prix rookie Gregoire Saucy jumped to the top with a 1:48.085, ahead of Charouz’s Francesco Pizzi and Red Bull junior Crawford.

There were two red flags during the session, the first caused by Stanek, who stopped at Turn 8, and the second by Patrick Pasma, in the final minutes at Turn 7. The 1m 48s marker was broken for the first time in the final half an hour as Maloney put Trident at the top of the order, setting a 1:47.614. Finnish first-year Alatalo was 0.169s further back in second, with Crawford completing the top three.

Stanek recovered from his earlier stoppage to make the top four, ahead of Van Amersfoort’s Colapinto. The top nine were all within half a second of each other, as Martins took sixth, ahead of Oliver Bearman and Arthur Leclerc. Saucy and Pizzi had dropped to ninth and 10th at the flag.

[Note: The F3 part is as per the press release with no edits made]