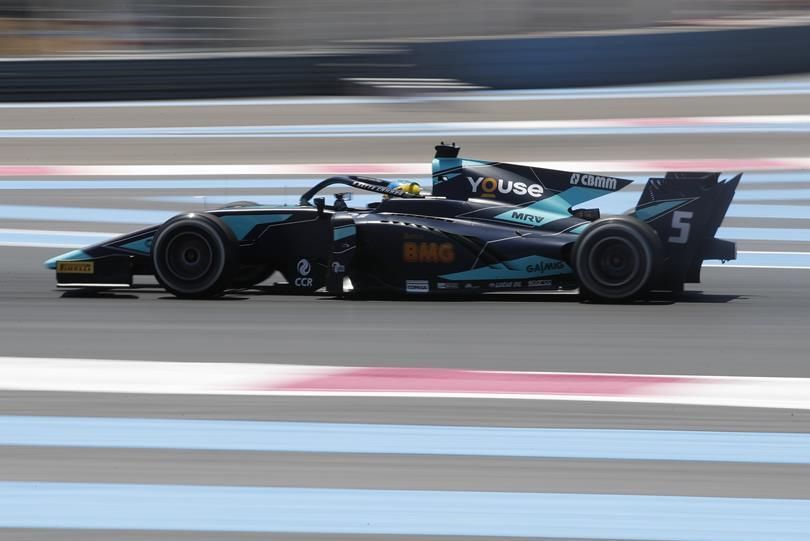 The F2 qualifying session at Circuit Paul Ricard started with a crash when Carlin’s Louis Deletraz and Trident’s Giuliano Alesi collided which damaged the former’s rear portion, while the latter stopped on track to cause a red flag.

At the same time ART Grand Prix’s Nikita Mazepin stopped as well due to a mechanical issue. Once the session re-started, the times started to tumble at the top with DAMS’ Sergio Sette Camara going the quickest with a 1m43.024s to take provisional pole.

ART Grand Prix’s Nyck de Vries was second with Campos Racing’s Jack Aitken in third but as the the drivers started to get back in the groove, Trident’s Ralph Boschung stopped on track as well to cause another red flag with under two minutes remaining.

The session re-started eventually but McLaren junior Camara kept his F2 pole as UNI-Virtuosi Racing’s Guanyu Zhou (1m43.344s) improved to second along with Aitken (1m43.401s) as de Vries (1m43.453s) dropped to fourth as he was unable to improve.

A superb job from Carlin meant Deletraz managed to take the track and ended up 12th with Sauber Junior Team by Charouz’s Juan Manuel Correa in 13th and Boschung 14th – even though the Swiss driver couldn’t complete the session.