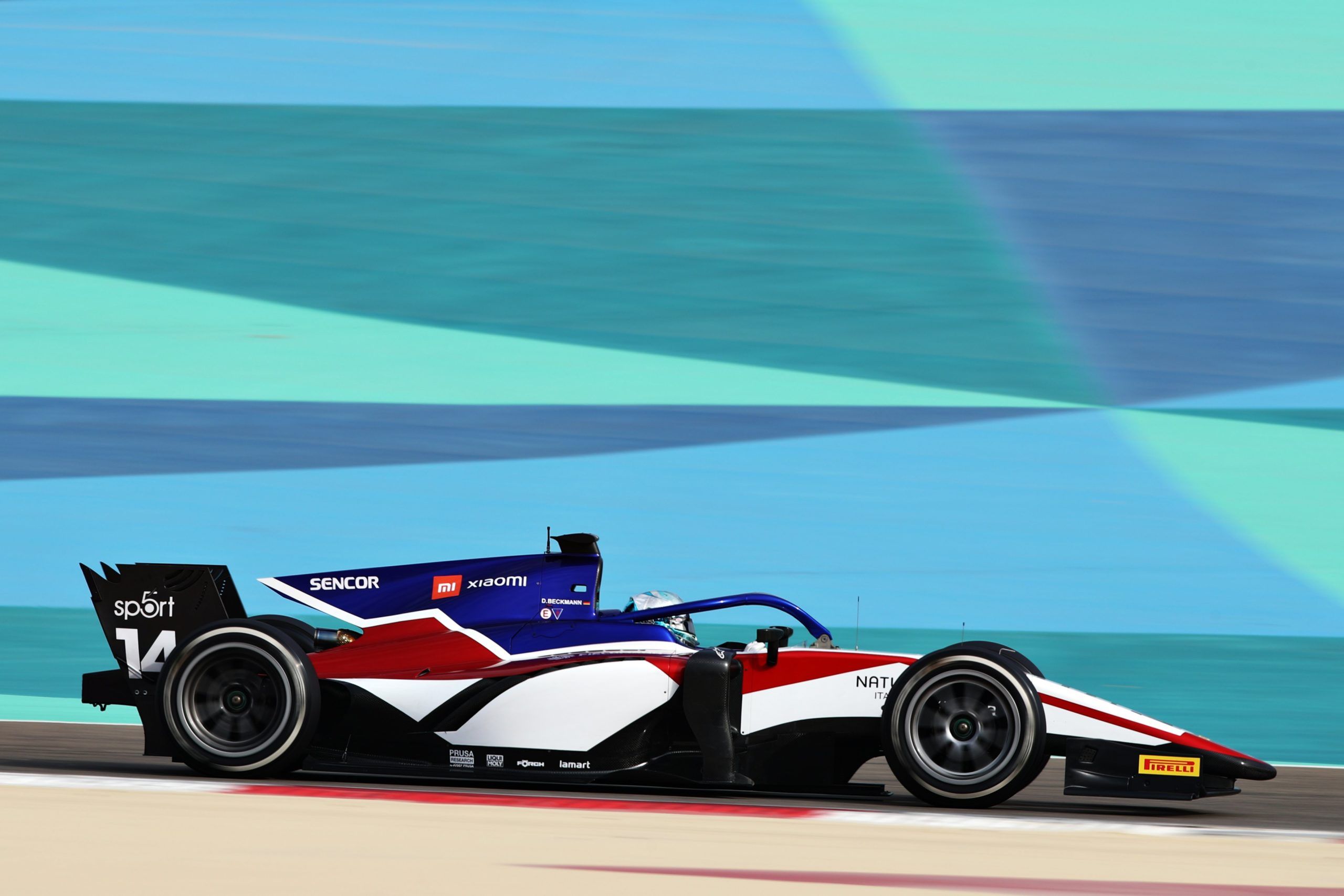 With the 2021 F2 grid set barring the confirmation regarding MP Motorsport’s second seat, the drivers begun their programme with the first day of test action at Bahrain International Circuit. It was led by rookie Beckmann, driving the Charouz Racing System car.

The Dane’s F2 teammate Theo Pourchaire slotted in fourth as Hitech GP’s Liam Lawson was fifth ahead of Carlin’s Jehan Daruvala, whereas UNI-Virtuosi Racing’s Felipe Drugovich slotted in seventh – he was the last of the runners to set a time under 1m43s.

It was close between Hitech GP’s Juri Vips, Prema’s Oscar Piastri and MP Motorsport’s Lirim Zendeli in eighth, ninth and 10th – the trio separated by just 0.016s, as Trident’s Marino Sato ended up just outside the Top 10, ahead of teammate Bent Viscaal.

Apart from the windy weather early in the day and a stop for MP Motorsport’s Richard Verschoor, the first day of F2 test was relatively smooth for all, as the teams and drivers focused both on their qualifying, short and long run pace.

A former F2 racer was in news on Monday, with Williams F1 reserve Aitken, confirming his 2021 season’s race programme. The British-Korean racer will team-up with Konsta Lappalainen and Arthur Rougier in the 2021 GT World Challenge Europe series.

The trio will drive the #114 Lamborghini Huracan GT3 Evo in the Pro category for Emil Frey Racing, who will field another car (#163) in the category, while a third one (#14) will run in the Silver Cup class. Aitken will race in both Endurance and Sprint Cup competitions.

“I’m delighted to join Emil Frey Racing this year for both the Sprint and Endurance series,” said Aitken. “It’s very exciting to start on a new discipline and add a new set of skills to my experience in single seaters, and I can’t wait to start learning. The Lamborghini Huracan GT3 has been a pleasure so far, and I hope I can add some success to its already impressive record.

“I’ve met much of the team at Emil Frey already and felt comfortable working with them from the start, they have a professionalism and attention to detail that matches anything I’ve seen so far in my career. This year will be a fantastic opportunity for me to broaden my abilities as a driver, and I intend to make the most of it.”