F1’s commercial head Sean Bratches says Liberty Media is trying to group the races by geography in the future as it explains the inclusion of Vietnam.

It then shifts to Europe with Canada in between. Asia is the next leg with races in Singapore, Japan and Russia while America follows up with USA, Mexico and Brazil as Abu Dhabi in the Middle East closes the year.

The new Vietnam GP is signed for an April slot in 2020 which Bratches says supports the idea of races aligned together by geography. It seems like the idea then is to have the race in Australia and Asia in the early part of the season.

While Australia, China and Vietnam is fine as per the idea, the races in Singapore, Japan and Russia will then have to be moved forward to form a logical line with perhaps Europe following Asia with America in the third leg and Middle East closing the season.

It leaves Canada as only the race to be taking place as a standalone since the weather conditions in the latter part of the year is not suitable. “One of the things we are currently trying to do is align our races by geography,” said Bratches.

“We are subject to some agreements we have inherited, but ideally, and not necessarily in this order, we would like to have our races in the Asian and Australasian markets grouped, as we would the races in our American and European markets.

“April in Vietnam supports that vision.” It remains to be see how F1 can form a full-fledged location by location formation for the races. The addition of Vietnam though has been received with mixed reactions.

Fans are worried about the heritage races in the UK, Germany and Italy whose deals are not yet firmed for a longer period of time. When asked Bratches insisted that while the heritage races remains a priority, their business is equally important to grow.

“Then we have a set of street races and hybrid street races, where we race in parks and on city streets, such as Melbourne, Montreal and Mexico City. The third segment features purpose-built facilities such as Shanghai, Austin, Texas and Bahrain.

“Beyond that we are looking to identify further street races, so this race is a further step in terms of our vision. We’re a 68-year-old entity and the nature of grand prix racing is that it is dynamic.

“Silverstone was the first grand prix, but we haven’t raced at Silverstone all those 68 years. The race has been held at Brands Hatch and other venues. Nothing is immutable in this sport in terms of where we race.

“We do value certain races highly and we do what we can to preserve racing there, but we are a business. We are a public company and we have a lot of stakeholders and shareholders and we’re trying to marry what’s best for fans with running a successful business.”

Bratches also stressed on the need of street races in F1 as Vietnam joins the likes of Monaco, Baku and Singapore. “I think it’s simply the ability to bring racing to the people,” he said. “Also, from a television standpoint it’s about the iconography of the backdrop to these circuits.

“One of the things that has been critical to our efforts in recent times is the creation of great racing circuits. We don’t want another processional race. We want true racing – wheel-to-wheel, livery-to-livery – on street circuits where there is actually the possibility of overtaking.

“To that end, we have a motorsport and technology division within Formula 1 now and that team has been working hand in glove with the Hanoi government to ensure that the circuit is not only in a world class city, which Hanoi is, but that it is a world class circuit fans will enjoy.” 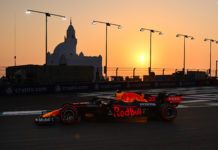