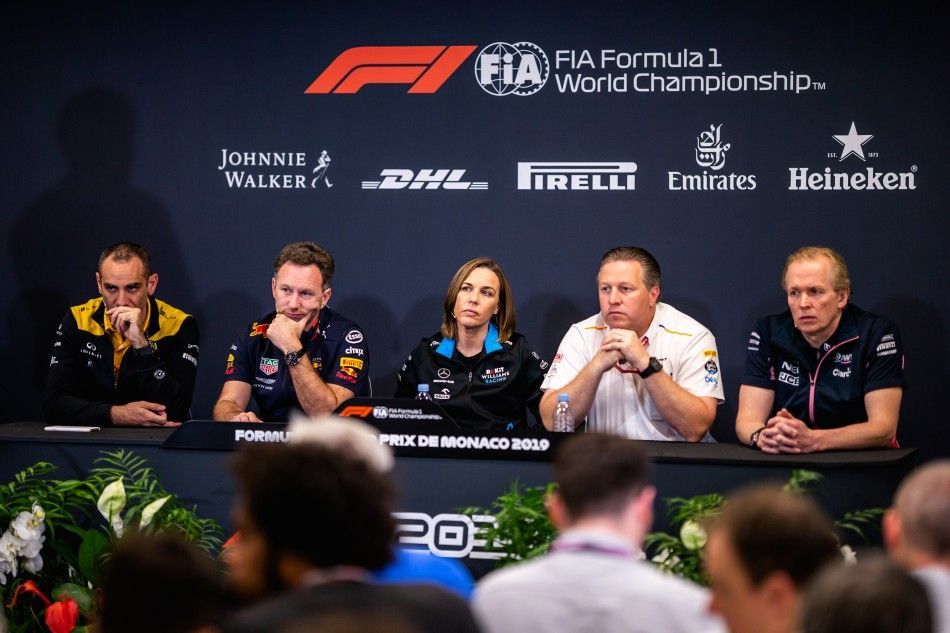 A host of F1 teams believe it is silly, outdated and not progressive if Ferrari are to keep their veto power from 2021 onward.

With the new agreement to be signed for 2021 F1 season and beyond, plenty of changes is being talked upon, whether it is technical, sporting or commercial. One of the key discussions is the long-standing veto power at the hands of Ferrari.

When asked, Ferrari’s current team principal Mattia Binotto said that the Italian manufacturer will like to keep the veto status intact, which he states that is a need for the team and the sport as well so that the sport doesn’t exercises a rule against the spirit.

Some of the F1 teams though did not agree with Binotto and the idea of Ferrari keeping its veto status in the future. “It’s pretty outdated now,” said Red Bull Racing’s Christian Horner. “That veto was put in place – from my understanding – years and years ago to stop regulations changes.

“Ferrari had V12 engines, they didn’t suddenly want that to be vetoed, those rules to be changed because there were all these British garagista teams that were coming into the sport. But that was in the sixties and things have obviously moved on.

“Probably, if we’re going for a clean sheet of paper it makes sense for it not to be there and as Claire says, same rules for everyone.” This was backed by Renault’s Cyril Abiteboul as the two agreed on something finally amidst the current friendly banter.

“I think we need F1 to be progressive rather than defensive and the ability to block due process can be perceived or decided to be a positive for the sport is probably not good,” he said. “Having said that, we completely recognise the specific value of Ferrari to the sport.

“But it can be reflected probably in the commercial agreement and not in the governance.” For Williams’ Claire Williams, the veto rule seems silly and doesn’t put F1 teams in one line. She feels F1 and FIA should take the mantle of regulations rather than one team.

“I think it’s just silly if I can be honest,” she said. I’ have a problem in our sport anyway in the fact that I feel it’s far too democratic. I’ve been quite open about that. I feel that F1 and the FIA should take more ownership of the regulations.

“We run it too much in a collegiate way, which is detrimental when we all have our own agendas. We need to be looking at this sport and its sustainability into the future and protecting it and protecting the true DNA of that.

“By doing that by committee I think can be very difficult. And I really don’t feel that one team should have a right, a veto. That makes no sense to me at all.” The sentiments of all of the above was concurred by McLaren’s Zak Brown too.