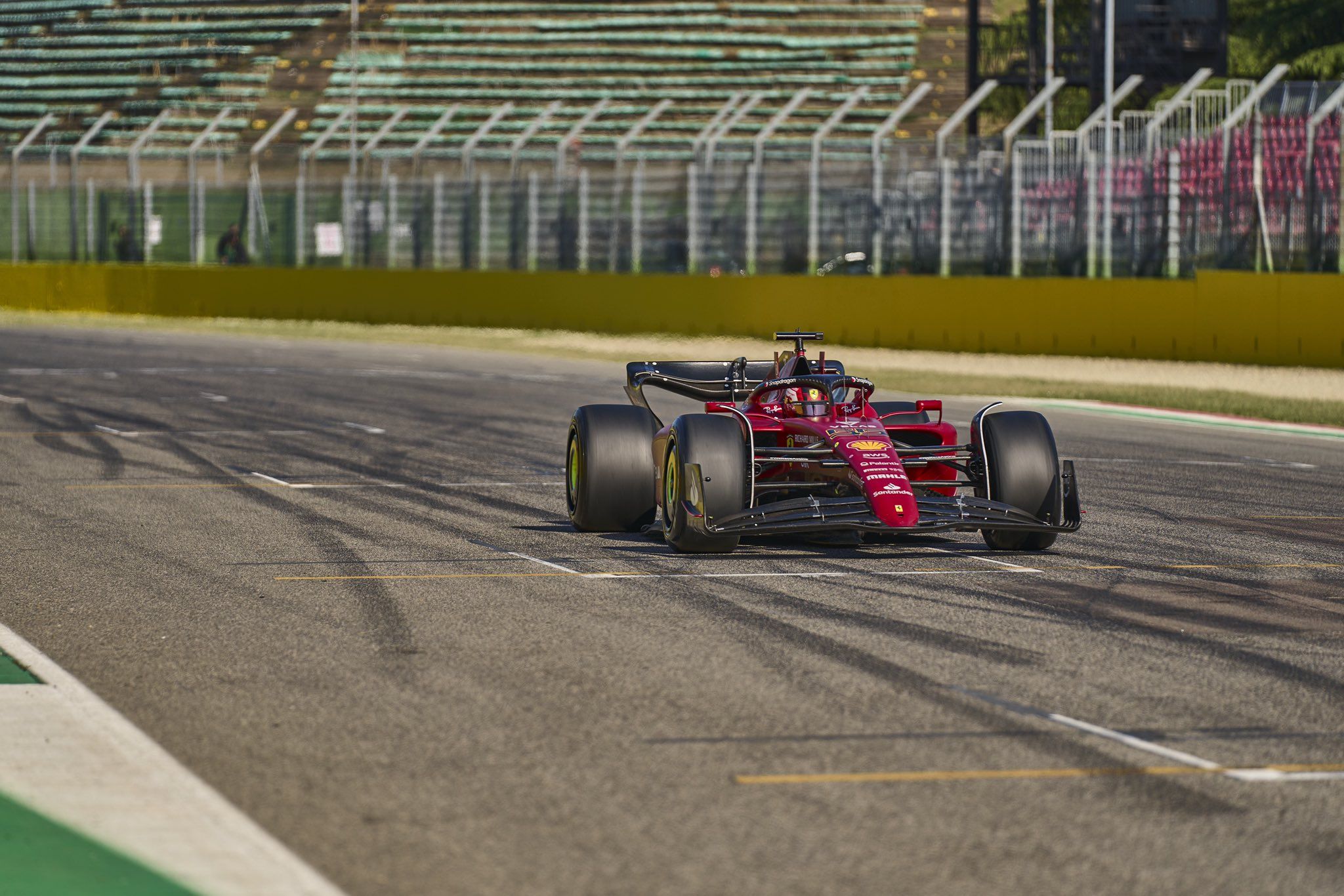 Ahead of the F1 Miami GP weekend, news surfaced about FIA looking into an alleged rule break from Ferrari regarding the team using a different spec floor on Sainz’s car during the Pirelli tyre test at Imola where they were running the 2023 prototypes.

Some F1 teams spotted different specs and alerted the FIA to look into the matter. Since the 2022 cars are brand new, teams have been allowed to run the current cars for tyre test but they are not supposed to use any items other than used in the race before.

For now, it looks like there was no issue from Ferrari’s end as reports have emerged that the FIA has given an all-clear to them, even though there hasn’t been any official communication made to the media per se or on a public platform.

When asked about the matter, Sainz left it on his team to handle it. “I’m not sure if… I’m not aware about any of these at the moment,” he said. “The specifics of the floor, whatever we ran in the Imola test, you can ask Pirelli or Ferrari what we did. I have nothing to say right now. I have no idea.”

Some of the F1 bosses share their views on the matter:

Toto Wolff: “I haven’t followed that in detail. I’ve seen, obviously, the Tweet with the two pictures. But the FIA just needs to be on top of these things. It can’t be that any team runs a component in an environment it shouldn’t be doing. And I guess if the FIA was not 100% on it, I’m sure they will be now.”

Zak Brown: “Yeah, I’m not close to the details other than I’ve heard the story. I think just what’s important is that we do have total trust in the FIA to police the sport, whether it’s at a test or a race weekend. But then, we also need total transparency. It’s been suggested – or so I’ve heard – that maybe it was on an older floor. Maybe that was the case. But I think what’s important is that if that’s the case, demonstrate that to the teams.

“Just give us confidence that it’s been policed appropriately, and total transparency. We’ve had in the past, not long ago, an engine violation a few years back, and then there was a significant fine. We don’t know how much and we also don’t know exactly what was done, and I think in today’s day and age, total transparency will help the sport understand what happened, why it happened, and what’s been done about it.”

Laurent Rossi: “Yeah, I think what Zak just said is clearly very important. I don’t know what the details are either. I know of the suspicion, but I wouldn’t say… I wouldn’t point a finger yet, because I don’t know the details. So that wouldn’t be fair. But at the end of the day, all we need is transparency. We need to know if there was something wrong or not. And if there is, what’s the outcome? That’s it. All we need is transparency. I wouldn’t point fingers at a moment. I don’t know. But really, the most important thing is that we leave that under a veil and then we don’t know what’s going on.”

Guenther Steiner: “I actually don’t know the details of it, what happened there, but it was cleared by the FIA. So I cannot comment on what the detail was, what was different and how they solved it, because it seemed to be that all have been clear. So I was not getting involved in it. So for me, if the FIA saw what they did and they could explain it, it’s OK.”

Frederic Vasseur: “Yeah, we were not in Imola but we were not aware of the spec that they were running. And it’s quite impossible for the team to have an opinion on this. It’s up to the FIA to do the job and to make a decision if there is but I would be surprised.”

Christian Horner: “Yeah, ultimately, it’s up to the FIA to police because the understanding of the regulations regarding tyre testing is you have to run in a fixed format of car specification. And if you need to replace a part, it can only be to an older specification of part that has previously run. I think the excitement about the Ferrari floor was that it appeared to have, it was certainly different between the morning and the afternoon, and appeared to have some new components.

“The FIA have subsequently confirmed that Ferrari ran that floor in preseason testing, so therefore, it complies. And I think, as I say, it’s for the FIA to do that police work and due diligence. Because what we certainly want to avoid is, because these cars are so immature, it’s still very early in the development stage, that tyre tests don’t turn into aerodynamic or performance development tests. That is not the purpose of those tests.”