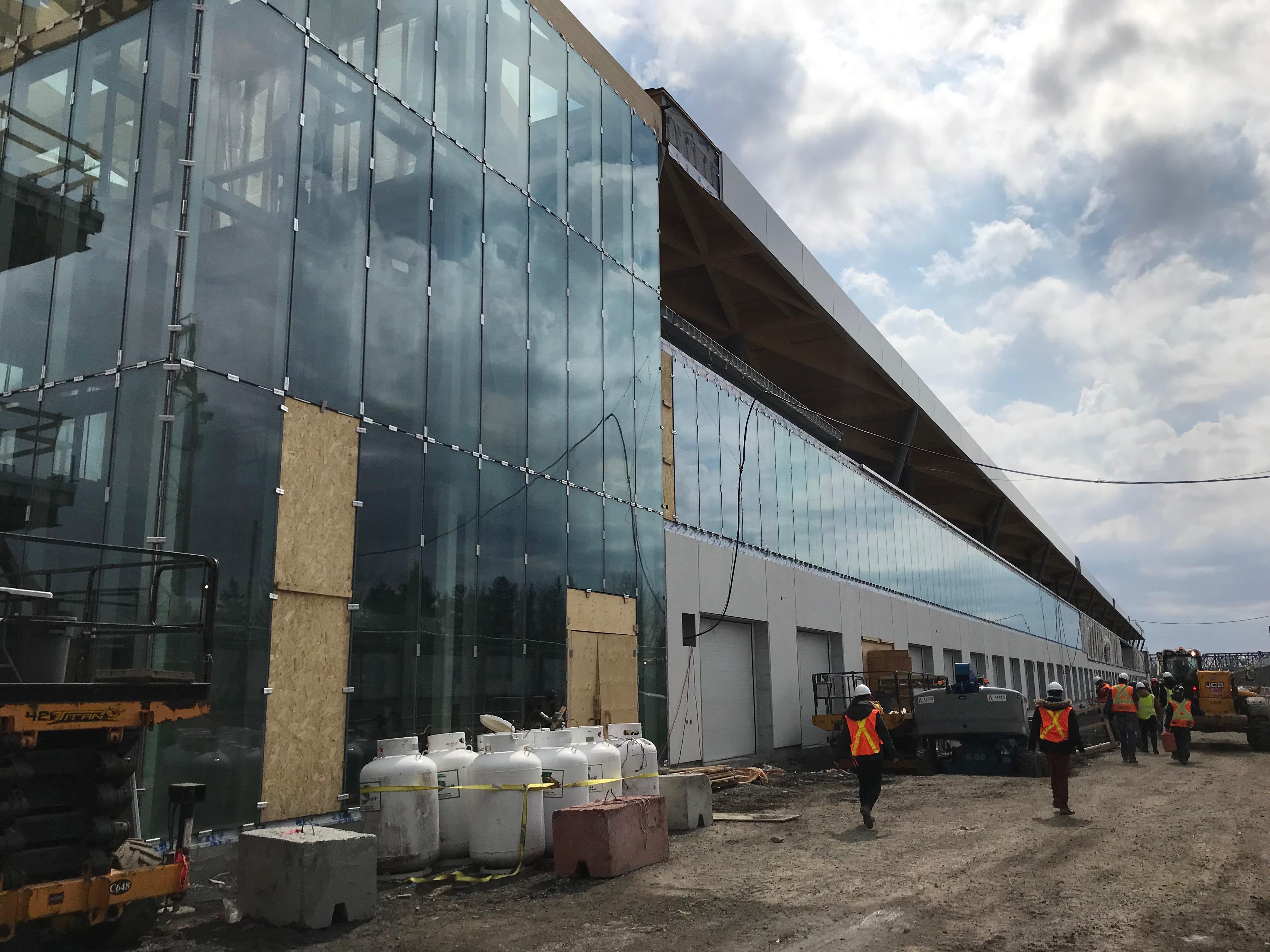 A team of F1 personnel visited the Circuit Gilles Villeneuve in Montreal, the host of Canadian GP, for set-up work and shared images of the under-construction circuit.

The team of F1 included members of signage, production and circuit engineering, who visited the circuit to prepare for the upcoming Canadian GP, to be held during the weekend of June 7-9. The date of the visit is unknown but F1 mentioned it took place in April.

The revamp of the pit buildings and the paddock was talked upon for few years and work finally started after the 2018 grand prix event with an approximate cost of $48 million to be put in in by Montreal and Quebec in partnership.

Reports from Canada though suggests that the organisers have overshot the expenditure and are also behind schedule. While no official word could be taken in, but the report added that while the paddocks could be ready on time, the luxury loges won’t.

There is a press conference scheduled next week to unveil the new paddock, which will be attended by Mayor Valerie Plante. The hope is to sign a deal which will secure Canadian GP’s future on the calendar for at least until the 2029 season.

While the future of Canada seems secured, it is not the same for many other grand prix which have come under scanner in the last few weeks. After Mexico GP, the Spanish GP seems under threat to be struck-off as well as momentum towards Dutch GP gains.

F1 already has Vitenam GP lined up for April 2020. Along with Spain and Mexico, the German GP and British GP is not yet secured too. If one is to believe, Interlagos could be hosting the Brazil GP as well for one final time in 2020.