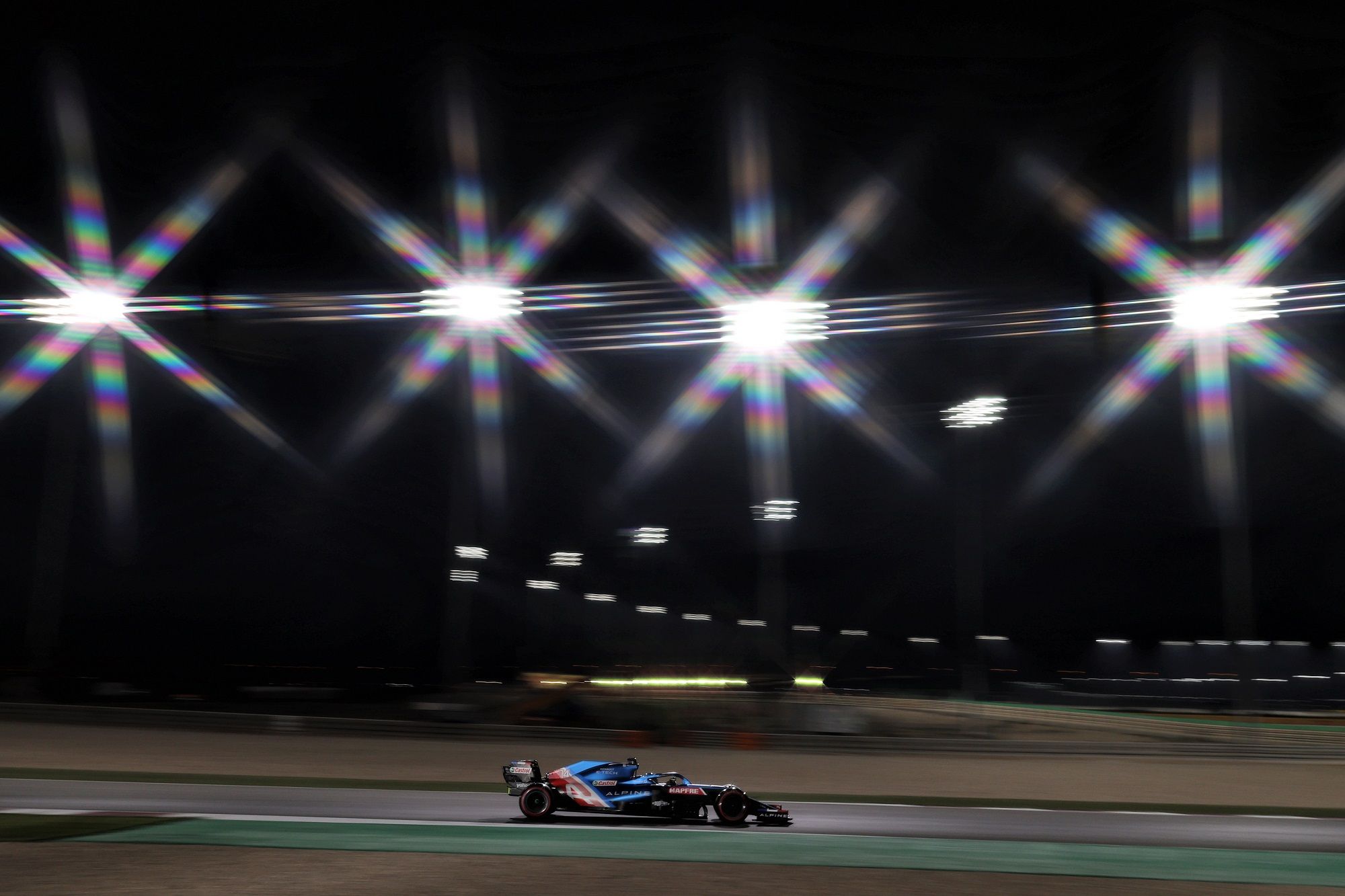 The Saturday in F1 Qatar GP also ended in a suspense with multiple drivers summoned for yellow flag end to qualifying as Mercedes reign supreme.

The Saturday in F1 Qatar GP ended on a flying note for Mercedes and Lewis Hamilton as the Brit took a solid pole by finishing 0.455s over Red Bull and Max Verstappen. The Dutchman showed glimpses of pace but did not have enough in the end.

The timing from Hamilton was good too as he set the lap before the front wing issue for AlphaTauri’s Pierre Gasly. That did catch Verstappen and Bottas where both noted that they did not see the flag but they have been summoned to the setwards.

While Verstappen will hear for a heavy one of double-waved yellow, Bottas will be for single-waved. It seems like their dashboard did not convey the message and probably they missed the marshal post which did wave but did take it down too.

Grid penalties for either will help Hamilton to have a clear go at the front with Red Bull losing the most with Sergio Perez in 11th who stated that he had more pace but couldn’t get his out lap sorted which is why he didn’t manage to have a good lap.

Hamilton: “The wind changed like 180˚ from yesterday and once you get through Turn 1 the downforce is amazing around the track and obviously it’s such high speeds, it’s only one relatively slower corner, which is Turn 6, but otherwise it’s all medium and high speed and it’s all about getting the flow and using all the track but it was really beautiful out there today, especially under the night lights. I generally really enjoyed it and I didn’t know that I was going to gain as much time as I did on that last lap.

“Normally it’s a bit of a struggle on the second run in Q3 but over the last couple of races I’ve managed to put a nice clean lap together. It felt amazing. The gap to Red Bull was same as in the last race. Probably the last three races in qualifying we have been ahead of them, which has been a bit of a surprise. Today definitely wasn’t expecting to have as big a gap as that. I looked, I was relatively comfortable and was around tenth or so ahead throughout the session.

“But to be able to pull out that extra time felt great and it’s a great showing of the hard work, all the guys, as I said we were here until midnight last night. The guys were here even later than that. Really great work from everyone. Long-run pace in good. We always end up getting closer… or our pace closes up to each other when it comes to race pace and yeah, I think the car is a in a good place. It’s a difficult circuit to follow so, yeah, I’m looking forward to the start.”

Verstappen: “It’s been a bit up and down. I was quite happy for FP1, not so happy in FP2 and FP3. Then I was actually happy in quali again ­ but just not quick enough. That sometimes happens. There were a few corners where I would have liked to go faster but tried everything and there’s just not a lot of extra pace coming, you know? You think you do a better corner but there’s not much more lap-time actually. So yeah, the last few races qualifying has been a bit more of a struggle for us. So, we definitely, of course, need to try and understand, and try to be better, like we always try to be. My last lap, I thought I had a really good lap, and then I heard the difference in lap time and thought, ‘wow, didn’t even need to risk it then if it’s such a big gap’ – but nevertheless, I had a lot of fun out there you know? Qualifying here has been really cool. It’s a really beautiful track and a lot of fun to drive. Of course, it would have been even more fun if it had been a bit faster – but you know sometimes that happens. Nevertheless, still being second is OK – but it’s a big gap. And also, for tomorrow, yeah, when it’s such a gap it’s going to be tricky, but we never give up.”

Bottas: “The final lap wasn’t that good. I mean, I was going to improve between maybe five hundredths, and a tenth but in Turn 15 I knew I would need to risk it so went a bit too wide and bottomed-out and lost the momentum. But still, otherwise it was a bit of a struggle. Like I was pushing as hard as I could but for me there was no chance really to get it into the top two today, which is really strange because I’ve been pretty quick in all the practice sessions so something to have a look. But Lewis was very quick today, so I could see him on pole, just need to figure out that everything is fine for tomorrow with the car, and I’m sure with the race pace being close with Red Bull, it’s really good to have two against one, so looking forward.”

Perez: “I think we had the pace, definitely, to do much better than what we were able to do unfortunately. We had everything in hand to really make a strong qualifying; we were quick all weekend, we were quick in FP3 but unfortunately we just didn’t put it together when it mattered. Today it was more about tyre preparation. I couldn’t have a good clean out lap at all, somehow I was always good at finding a lot of traffic and that was hurting quite a bit going into the first sector, with very cold tyres, but then probably overheating it into the final sector. There’s a long way to go. I think there’s a lot that can still happen in the race. We will give our best and try and get a lot of points.”

The mid-pack saw Gasly at the front despite his puncture due to riding over the kerb and breaking his front wing. He retains fourth place and could gain if there is any penalty for others. His gain will also be a gain for direct rival Alpine’s Fernando Alonso.

The Spaniard equaled his best qualifying result of fifth from his last best in 2014 with Ferrari. Speaking of the Italian outfit, while Carlos Sainz made it on the medium tyres in Q3, teammate Charles Leclerc suffered a crack chassis to be knocked out in Q2 – the Spaniard, though, could lose out after being summoned for missing yellow flag.

McLaren’s Lando Norris did have a better run to be ahead of the Ferrari F1 duo but Daniel Ricciardo just couldn’t improve on his time. Also, Esteban Ocon and Yutk Tsunoda made it double Alpine and AlphaTauri in the Top 10 with Aston Martin’s Sebastian Vettel in too.

Gasly: It’s a shame, the [second] lap was coming amazingly,” said Gasly. “We finished P4, but I was another tenth and a half faster in my last lap. To be honest, I don’t know what happened. I exited on the kerb and the whole front wing went under the car, blew the whole front right tyre and that was it. Unexpected fireworks coming out of the car, but what is most important is the whole qualifying was amazing, and to finish behind the top two teams is just amazing. After last night, we looked at all the numbers and I was really clear in which tyre I wanted to use in Q2, because it’s a long start actually. Until Turn 1, it’s a pretty long straight, so I really wanted to maximise the start performance. For me it was clear to start with the option. It gives us the flexibility in the race with the tyres. We have plenty of tyres that’s the main thing.”

Leclerc: “This was definitely unexpected. If I am ever off the pace, I know if it was due to the balance not being right, or down to me making a mistake. But neither was the case today. I never felt that the tyres were in the right window and I was sliding around all the time, limited by the lack of grip. On top of that, the damage to the chassis caused by the kerbs in Q1 certainly didn’t help! So I have to sit down with the team and carefully analyse all the data to see if something significant was not working properly or can be improved. We have lots of work ahead of us, especially for our mechanics and it won’t be an easy race tomorrow. Hopefully we can take advantage of starting with a free choice of fresh tyres.”

Alonso: Happy days! The whole weekend has been great for us. The car seems to perform really well in these long corners. I think we did in Turkey as well, we did in Sochi, and here, so very enjoyable. The Qatar track is unbelievable for Formula 1 cars. Now at night, light cars with low fuel, new tyres, I could be driving all night long. AlphaTauri are very strong, we know that, but we have to say normally they qualify up there and we recover in the race on Sunday. But we’re qualifying well on Sundays, so that’s good news for us, we can start close to them. They are fourth, we are fifth, we’ll start on the clean side, so maybe at the start we’ll have the first opportunity and let’s see. I think the race also, we have to be careful with some medium starters – Carlos behind us, Perez P11, he will come eventually in the race. It’s going to be a long race for everybody, but happy with today. Points are given tomorrow, so let’s see.”

Ricciardo: “Obviously not a great session in terms of position. I’d have loved to have been more competitive, but I just struggled to find those last few tenths. It felt like if I tried to find it, I’d gain a little bit here, but lose it in the next part of the corner. I got to a little bit of a stalemate with where I could improve. So, still some things to look at and work on and see where the time is. I think it’s just a little bit everywhere. No big mistakes or errors, just lacking that extra half-a-tenth in some corners. We’ll try to do something tomorrow from where we are. We’ve got strategy choice, but obviously we’re quite a long way out. We’ll see what we can come up with tonight.”

Behind, Williams’ George Russell eked out as much to be in Q2 but teammate Nicholas Latifi along with the Alfa Romeo pair did not have enough pace to get through as seen all-weekend. On Haas side, Mick Schumacher was pretty pleased with his lap as Nikita Mazepin was happy to set a lap time after a troubled couple of sessions.

Mazepin: “I think I’ve done around 10 laps on a track that’s totally new to me. What the team did to turn the car around in such a short amount of time – they’ve changed literally everything that’s possible to change – was great. It was miracle work, it wasn’t just my car crew working on it but also Mick’s. It was very special from them, but it was a tough qualifying.”