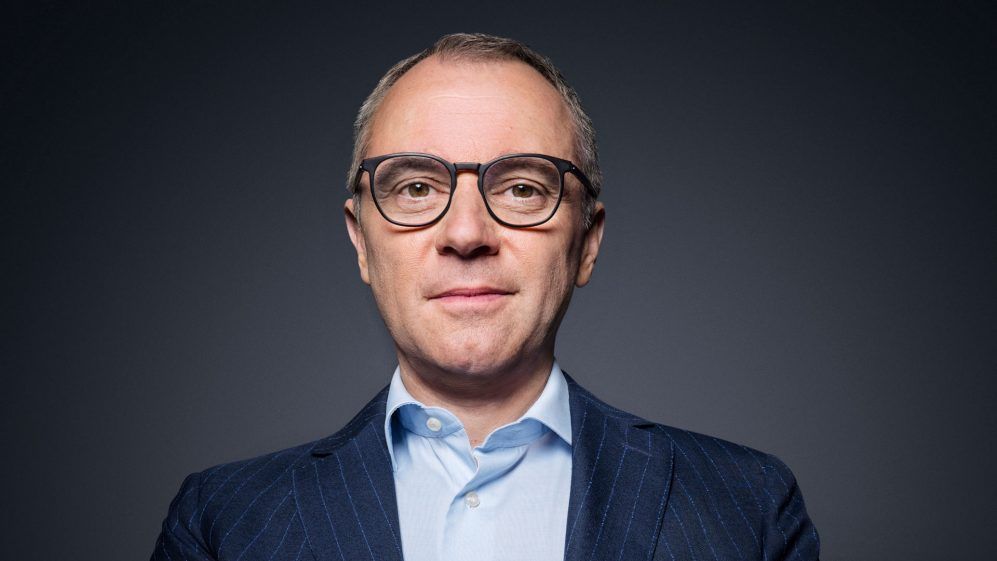 Newly-appointed F1 CEO to-be Stefano Domenicali already has the support of drivers, team principals, and figures of the championship.

Domenicali was not a figure of notoriety in the F1 paddock ten days ago. However, with a report from a reputable journalist, and a subsequent announcement from affiliated parties, this quickly changed. The announcement read simply that the Italian would be assuming the position of F1 CEO, taking the reigns from Chase Carey, but the weight it carried was not of insignificance.

A Maranello man at heart, Domenicali worked at Ferrari at the peak of their dominance in the early 2000s, helping to deliver the team their 5 successive years of championship wins through work in their engine department. It was after this that he became team principal as he guided the team to their most recent constructor’s championship to date in 2008.

Six years later, he stepped away from his role after a disagreement about an employee, who some within Ferrari wished to see replaced. Domenicali went on to head Lamborghini through a period of growth for the company, and it is this record that leaves many to believe that his appointment ensures a prosperous future for F1, with powerful leadership spear-heading the sport from January 2021 and onwards.

Among these many are some of those at the top of competition within F1, as Domenicali has drawn support from team principals, drivers, and a multitude of other major figures of the championship, as they told to various TV media and written like Motorsport Network, Racefans.net, BBC, Motorsport Week and more.

Here’s what was said by those within F1:

Cyril Abiteboul (Renault): “He’s got – I’m stating the obvious – a very good knowledge of the sport itself. He’s got a good knowledge of how the sport can support a manufacturer. Lamborghini obviously not being in F1 but he also knows probably why they are not in Formula 1. So, I guess he has a different, interesting perspective to offer in relation to that. What we need, I guess, is a very strong management as always. Without being too pessimistic about the direction that things are taking, there is a number of topics on the agenda of anyone coming into this position.”

Andreas Seidl (McLaren): “I think Stefano is a great choice. For various reasons. First of all, purely down to all the different experiences he has made already in his working life. I think he has everything you need to have to run F1. And then my personal experience also with Stefano, during my time at Porsche is simply that he’s a great personality, a great character and I benefitted a lot also, working on special projects with him, from his experiences so we definitely welcome Stefano taking over this position.”

Christian Horner (Red Bull): “[Domencali is] one of the good guys. Having competed against him, when he was the team principal of Ferrari, he has a lot of integrity, he was a racer, a competitor, he understands the business. Obviously he’s spent life in a commercial world outside of Formula 1 for the last few years. He’s done a great job at Lamborghini and I think that he would be a real asset to Formula 1. Obviously you would look at the make-up at the top end of the sport with Jean Todt, Ross Brawn and Stefano and it looks like a mid-1990s or early -2000s Formula 1 set-up, but I don’t think that there’s any particular bias or love towards Ferrari from any of those individuals, so I’m sure Stefano will be be scrutinous in his impartiality.”

Lewis Hamilton (Mercedes): “Amazing! I know Stefano Domenicali really well and he’s one of the nicest guys that I know. I don’t think they could have really chosen someone better to be honest, to replace some big shoes with Chase, who’s done an amazing job, and who’s always had such a great approach. Stefano, he’s got a great heart, good family and good morals, so the future’s positive.”

Zak Brown (McLaren): “Stefano Domenicali is the right person to lead the sport into its new era. He has a rounded view and broad experience that equips him to build on the strong foundations Chase and his team have laid for the sport’s continued development and growth. I look forward to working with him.”

Simon Roberts (Williams): “I remember him from the RRA times and he’s a great guy, great character.”

Mattia Binotto (Ferrari): “On behalf of Ferrari, I would first like to thank Chase Carey. There have been many positive changes made to the sport under his leadership, in particular the promoter’s relationship with the teams. Very important decisions have been taken concerning the future of Formula 1, such as the new Concorde Agreement and the creation of an operational structure that will help the sport grow in terms of its audience and its appeal to the youngers generations.

“And let’s not forget that Formula 1 has managed to put on a World Championship this year under very difficult circumstances. We very much appreciate the fact that continuity is assured as Chase stays on as the non-executive Chairman of F1. We are very pleased that Chase’s role will be entrusted to Stefano as from 1st January.

“His talents as a manager and especially his knowledge of the sport, combined with his experience and personal qualities, make him the ideal choice to carry on Chase’s reforms. Personally, it will be a pleasure for me to work with a good friend, as we came through the ranks at Ferrari together. I look forward to working along with all the other stakeholders in this sport and with him to make Formula 1 even stronger and more spectacular.”

Valtteri Bottas (Mercedes): “I know him a little bit. He has got pretty much experience in motorsport and F2. No doubt he will do a good job.”

Sebastian Vettel (Ferrari): “It is naturally nice because it is a familiar face. But of course we can’t forget that it is not an easy job. So thanks to Chase Carey for getting us so far. I think it has certainly not always been easy and I think the next few years may be the fruits of Chase’s work and will show whether we are heading in the right direction. But it is nice to see, that it is someone you know who is taking over.”

Apart from the above, for a long time Mercedes F1 chief Toto Wolff was spoken as to be the replacement for Carey, which the Austrian did not deny. Post the confirmation, he revealed that the talks did happen but it never extended after the initial period.

Additionally, Wolff stated that Ferrari would have gone against the decision, anyways, which the Austrian did not think was unfair. “I think everybody knows that there were some initial discussions with Greg, and it never went anywhere,” he said. “We get on well.

“I respect Greg Maffei a lot for what he has achieved. But I love where I am, and I found out that I love the stopwatch so much, the competition and the racing, that where I am today, co-owner of the team with Mercedes, I have to pinch myself every single day. At the end, it wouldn’t have gone anywhere anyway, because Ferrari wouldn’t have accepted that.

While Wolff’s name came up in media, another one which didn’t get headlines was Red Bull’s Horner, as the Brit is always linked with the top F1 role, considering his experience. It was something he never denied but he added that he felt good to be where he is.

“I enjoy every much what I do,” said Horner. “I enjoy competing, I enjoy the role that I do. I am now, believe it or not, the longest serving team principal in Formula 1 and it’s gone by in a flash. My motivation is to get the team into a winning position again. I love racing, I love competing, I love working with the people who are part of our team.

“I feel a responsibility to them, to Red Bull and so for me it’s not even something I would consider at this stage in my career. I think Stefano would be a great candidate. I think he’s a great guy. We raced head-to-head against him for the 2010 and ’12 championships. He always had an awful lot of integrity, he was a gentleman and I think he will be an asset for the sport, he will be an asset for Liberty.

“He’s got that understanding and I think that as the sport evolves, he will bring a lot to it so yeah, I’ve got no complaints from our side but as far as my own focus is, I just want to get this team back into a winning position. Mercedes have had it their own way for far too many years.”