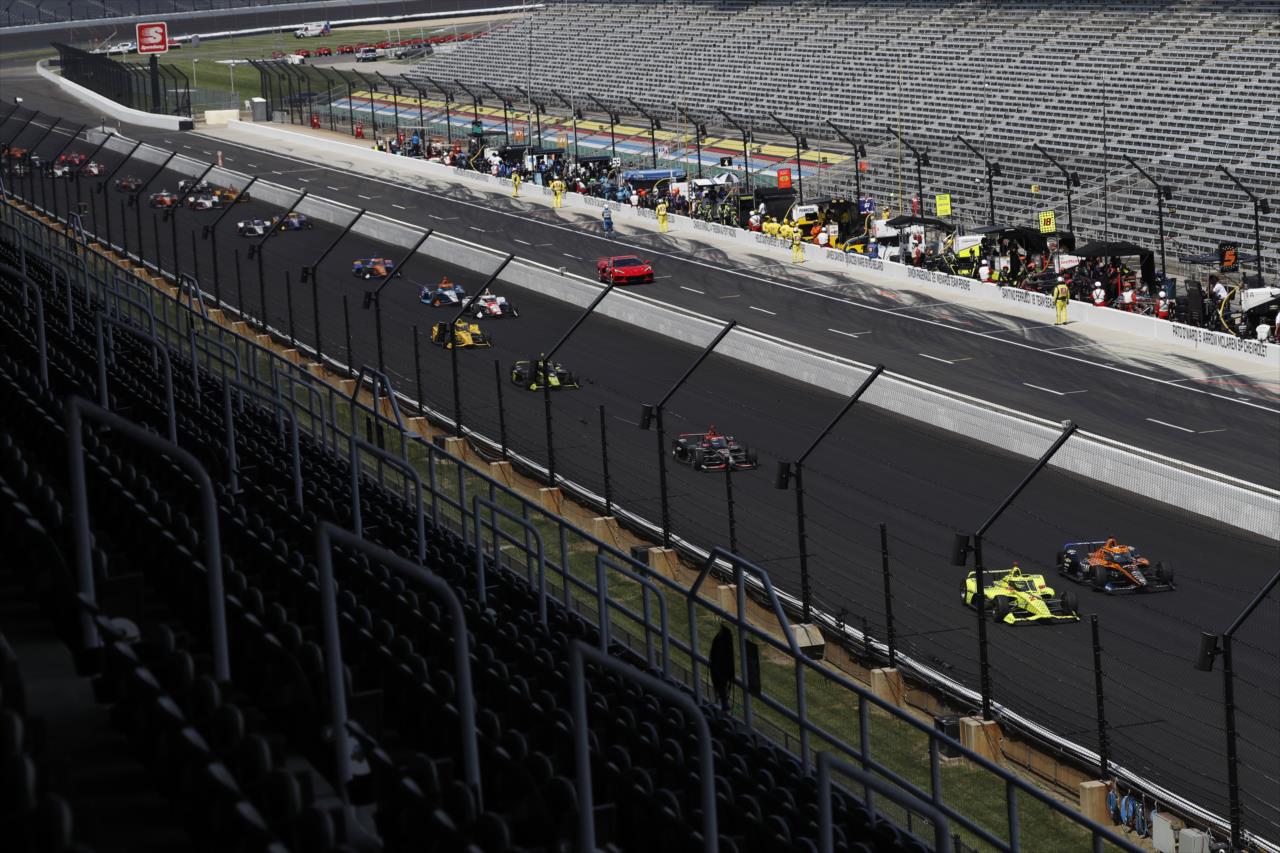 F1 Nation latest episode has discussions on the Indy500 where Mark Blundell adds on 2020 season, Callum Ilott and more.

The opening segment of the latest F1 Nation episode began for the first time with discussion of an IndyCar race, or rather, the Indy500, which co-host Alex Jacques was commentating on, on Sky Sports.

AJ, as he is known by his fellow host Tom Clarkson, explained what it was like calling the race, and weighed in on the debate about the legitimacy of Takuma Sato’s win, which Jacques says is not in question.

This led into a conversation on the rumors of an F1 return to Indianapolis, and after this discussion, the topic shifted to that of Fernando Alonso’s race, which was plagued by clutch problems, but Jacques said was never going to result in a good performance regardless.

The fifth segment of the show, as defined by the podcast’s description, saw chatter about the Concorde Agreement, and the recent sale of Williams. After this, an extensive interview with Blundell commenced, the first topic of which was the Indy500, as the Brit provided insights from his own experience in American racing.

Blundell told of the intricacy of driving an IndyCar on the IMS oval, as you constantly have to fiddle with cross-weight and the car’s balance throughout a lap, while also battling nearby cars. He also stated that his respect for oval racing is higher than his respect for road course racing, or even street circuit racing, as no mistake can be afforded.

The Brit praised Scott Dixon, whom he says is a world class driver, and he also spoke of Williams, and the reasoning behind their success throughout the 80s and 90, as well as the changes that we might see under their new ownership.

Having discussed this, Blundell also spoke on the 2020 F1 season, and the developing dynamic between Max Verstappen and Lewis Hamilton. Post this, he discussed the performances and progression of Callum Ilott – with whom he works closely – in F2.

At this point, he also advocated for the loosening of on-track testing restrictions, which he says hurt young drivers, who cannot display their talent and assure F1 teams that they are ready to compete in the sport.

When asked about who on the 2020 grid reminds him most of Ayrton Senna, Blundell didn’t give a straightforward answer, but he did draw comparisons to both Hamilton and Verstappen, though he said the latter is not yet mature enough to truly lead a team as the Brazilian so often did.

Then, as the podcast neared its conclusion, he spoke on Spa, and the upcoming Belgian Grand Prix, which he very much looks forward to. Upon the interview ending, the hosts themselves digested what was said, before they, too, looked ahead to Spa, which was the final topic of the installment.

Here’s the link of the F1 Nation podcast: https://podcasts.google.com/feed/aHR0cHM6Ly9hdWRpb2Jvb20uY29tL2NoYW5uZWxzLzUwMjQzOTYucnNz/episode/dGFnOmF1ZGlvYm9vbS5jb20sMjAyMC0wOC0yNDovcG9zdHMvNzY2NTgwNQ

Here’s F1 Beyond The Grid Podcast with Johnny Dumfries