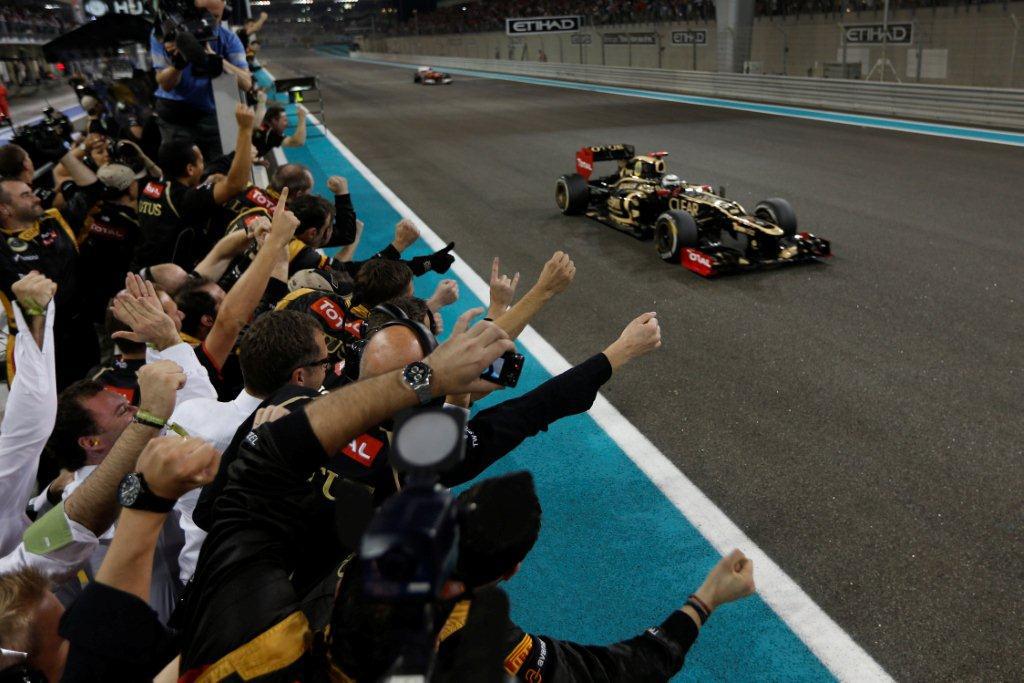 The radio messages have become an important part of F1 broadcast in current times and FormulaRapida.net, here, has a list of them from all eras.

Continuing with our F1 Moments theme in the current F1 off-season, this time we are celebrating team radio moments. We at FormulaRapida.net decided to take note of some particularly memorable examples, exclusively from driver-to-pitwall interactions. Absent, therefore, are the likes of Du bist Weltmeister, and others, which we will include in another list filled with pitwall-to-driver moments.

Here’s some of the best F1 radio moments over the years – in no particular order:

“Not bad for a number two driver”

After a win over the McLaren of Lewis Hamilton in 2010’s British GP, and a strong showing from Red Bull’s Mark Webber, the Australian – having long been considered a ‘second driver’ to Vettel – said to his F1 team “Not bad for a number two driver,” in an emphatic message.

“To whom it may concern…”

A F1 race win in the 2019 Australian GP came at the necessary time for Mercedes’ Valtteri Bottas, a driver who’d faced immense criticism in the prior two seasons. After what was a commanding victory, the Finn’s post-race radio message was concise, but sent a clear message to those who had most fervently opposed him in 2017 and 2018. Bottas said, “To whom it may concern, f**k you” in a moment that has since been quoted frequently. The 31-year-old recited his own line after victory in the 2020 Russian GP.

After securing a race win in the 1991 Brazilian GP – and defying all odds in so doing – Ayrton Senna celebrated wildly at Sao Paulo, though still fatigued by a gearbox malfunction which meant he was stuck in sixth gear for the end of the race. Senna cried out over the radio inaudible screams, telling of both his joy and unbearable physical pain. Between screams, Senna said “I can’t believe it!” This message is sole from the 90s to feature on the list as it was shown on the ‘Senna’ documentary – the F1 broadcast in those times did not have radio messages, which only came into the scene from 2000s era.

“I’m gonna pee in your seat”

When making the decision to skip 2017’s Monaco GP to serve his Indy500 ambitions, McLaren driver Fernando Alonso likely didn’t think his cockpit was at risk of adulteration by urine. However, when he got in contact with his replacement Jenson Button over the radio before his race start and wished him well, Button’s response – a pledge to “pee in [Alonso’s] F1 seat – likely planted this seed.

“Leave me alone, I know what I’m doing.”

A line that could just as well be said by Kevin McCallister in ‘Home Alone’ as muttered by Kimi Raikkonen, this radio message was broadcast in the 2012 Abu Dhabi GP when Raikkonen’s engineer nagged him with information on how to prepare his F1 car, and the Finn – not one to mince his words – did not forbear from replying in slightly rude fashion.

“Magnussen is, and will always be, stupid. It’s a fact.”

2018’s Japanese GP saw a jarring accident between Charles Leclerc and the Haas car of Kevin Magnussen, with the latter’s attack on the former resulting in rear-on collision at high speed. Causing damage to Leclerc’s front wing and causing Magnussen a puncture, the former said to his team of Alfa Romeo, “Magnussen is and will always be stupid. It’s a fact,” in a brutal criticism of the Danish F1 driver.

Faced with the frustrating pitfalls of an uncompetitive Honda F1 engine in 2015’s Japanese GP, being passed by Max Verstappen’s Toro Rosso was the straw that broke the camel’s back for Fernando Alonso. The Spaniard, understandably frustrated, yelled over his team radio, “GP2 engine! Argh!” in reference to the car’s unimpressive power output, which he likened to that of a junior series car.

McLaren driver Carlos Sainz put his acoustic singing skills on full display for the first time in the 2019 British GP, celebrating his P6 with a questionable rendition of ‘Smooth Operator’ by Sade. The Spaniard would once more sing the song’s chorus after a strong Hungarian GP, saying to his engineer Tom Stollard, “You know what that was? That was a smooth operatoor… a smooooth operation.” In the Russian, and Brazilian rounds that year he sang again, before doing so for one final time in the Abu Dhabi GP of 2020 – his final F1 race for McLaren.

Losing a P4 finish in the Belgian GP of 2019 to a mechanical issue on the last lap, Lando Norris of McLaren cried that his F1 car was broken after being asked if he could forge ahead in spite of an issue he had warned his team of over the radio. His message, plainly “It’s BROKEN,” became immortalized when viewers of his Twitch streams continued to write the message in his chat whenever he faced frequent technological issues.

In a frenetic Azerbaijan GP Qualifying session in 2019, Ferrari F1 driver Charles Leclerc was one victim of the ultra-tight castle section which had claimed Williams’ Robert Kubica earlier on the hour. Leclerc, upon hitting the barrier, said, “I am stupid,” repeating himself once more and exemplifying his self-critical nature.

“There’s something loose between my legs”

Ferrari driver Sebastian Vettel demonstrated his comedic talents in F1 practice for the 2018 Brazilian GP, when informing his team of a foreign object in the cockpit, lying between his legs, adding that it was not what is commonly thought of as an appendage existing in between the legs of the male body. Continuing on, he insists that, although he would be proud if his appendage were of the length to be at his feet as the object was, it is not his appendage that is a nuisance. The moment went as follows: “There’s something loose between by legs – apart from the obvious. So something flying around at my feet. I’d be proud if it was what you think it is but it’s not.”

On the first lap of 2018’s Abu Dhabi GP, a collision between Haas’ Romain Grosjean and Renault driver Nico Hulkenberg sent the latter rolling into the barrier. On his side and with small flames shooting from the rear of his R.S.18, Hulkenberg said over the F1 radio, “Holy *****! I’m hanging here like a cow! Get me out, there’s fire! There’s fire!”

After a shock win in the 2020 Italian GP, AlphaTauri driver Pierre Gasly was justifiably ecstatic, asking, somewhat rhetorically, “What did we just do?” and awaiting his engineers response. When his engineer asked “What did you do?” Gasly responded, “We won the f**king race!” exemplifying his raw emotion.

“He wants to play bumper cars or something”

In a close battle on lap 13 of the 2017 British GP, Red Bull’s Max Verstappen found himself on the receiving end of contact from Ferrari’s Sebastian Vettel. In response to the contact, which forced the Dutchman off line, Verstappen quipped, “He wants to play bumper cars or something!”

“Someone hit me!” Red Bull driver Ricciardo yelled just a few corners into the 2017 Hungarian GP. He had been hit by F` teammate Max Verstappen, who had run wide and connected with Ricciardo’s sidepod. Forced to retire from the race, Ricciardo inquired “Was that who I think it was?” before saying, “F**king sore loser.”

The 2019 Monaco GP was a challenging race for Mercedes driver Lewis Hamilton, who faced issues with deteriorating tyres. Insistent he could not win on his medium tyres with a competitive Max Verstappen behind, Hamilton at first said, “I can’t look after these tyres anymore, they’re dead!” before adding, “You need to hope for a miracle!” when addressing his engineer Peter Bonnington, known as Bono. His radio messages are frequently misquoted, with many suggesting that he said “Bono my tyres are dead!” in the F1 race.

“Gimme my gloves and steering wheel!”

After his car was repaired during a red flag period, Ferrari F1 driver Kimi Raikkonen – preparing to re-enter the race – found himself in need of his Nomex gloves and his steering wheel. In what would later be voted the team radio moment of 2017, Raikkonen stressed the urgency of him getting the items, saying “Steering wheel… gloves and steering wheel! Gimme steering wheel! Hey! Hey! Steering wheel! Somebody tell him to give it to me! Come on! Move!”

“Worst experience I’ve ever had in a racing car”

Behind the wheel of a particularly challenging Haas VF19 and fresh off of a Qualifying crash in the 2019 Canadian GP, Kevin Magnussen was understandably frustrated in Montreal two years ago, and he did not refrain from expressing his grievances, saying to the team, “This is the worst experience I’ve ever had in a racing car.” His comment sparked an emotive response from team principal Guenther Steiner, who encouraged him to consider that the team, too, is suffering.

Here’s some more which were good moments on the F1 radio:

Carlos Sainz – “The marshals must be having a beer then!” – 2019 Hungarian GP