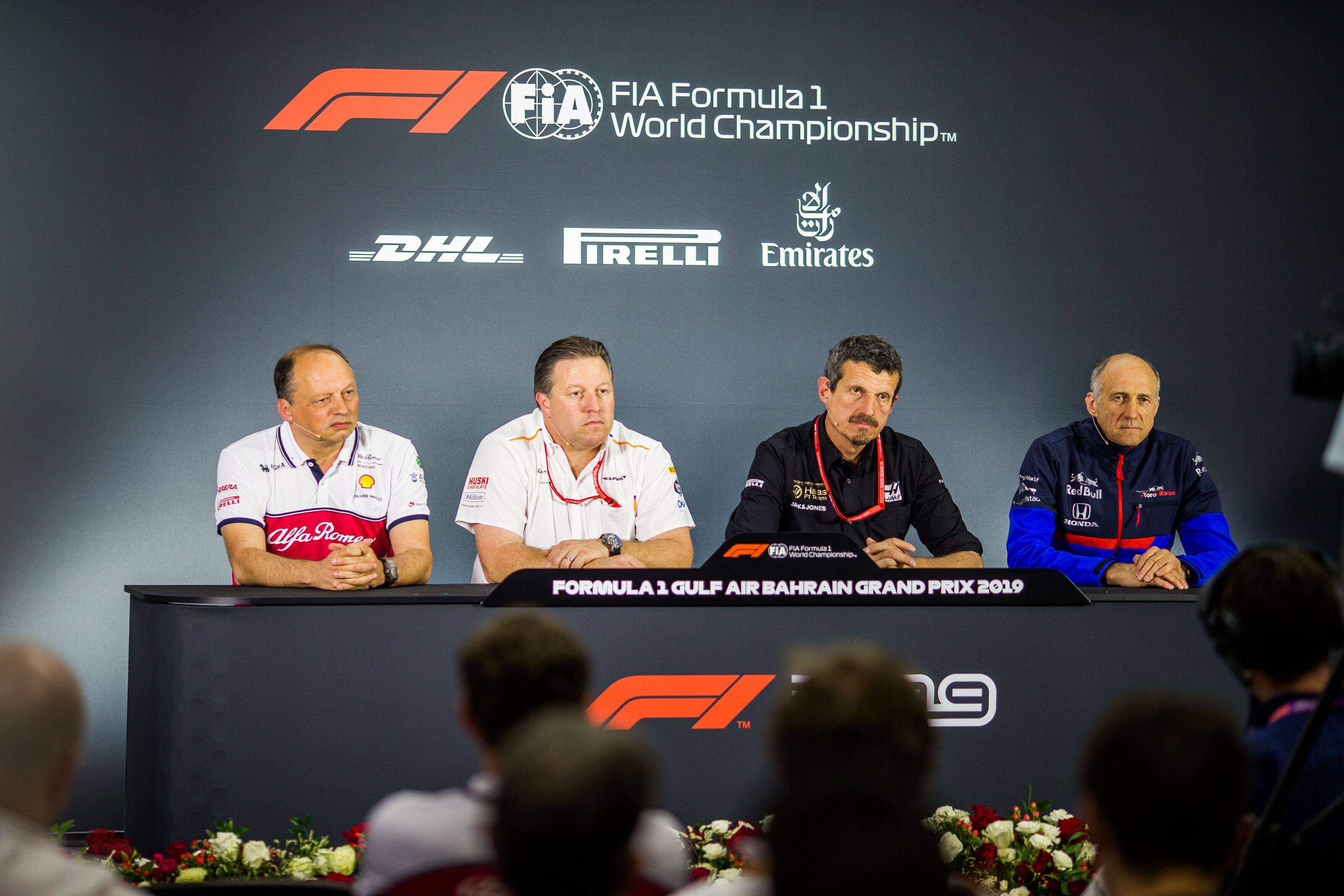 Few of the F1 midfield teams believe that the current talks regarding the 2021 regulations are heading in a ‘positive and right direction’.

One year after Liberty Media presented its first blueprint for regulations beyond 2020 F1 season, the new owners of the sport had another meeting in its London HQ ahead of the Bahrain GP to present an amended regulations sheet to the teams.

The representatives of all the 10 teams were present for the meeting along with the FIA officials and the F1 Commission – which constitutes the various sponsors of the sport, promoters of grand prix events and other partners.

While the things discussed remained with those present but there have been multiple reports which reveals some of the things which were talked upon. The suggestions on the technical side points towards a larger standarisation of key essentials used on the F1 cars.

At the same time, the commercial side seems to be the key hurdle with distribution of income as well the spending module still in the air with the top teams, naturally, not wanting to spend less while the midfield teams wanting a set expenditure regime.

In the overall sense, the F1 midfield teams seems reasonably happy with whats been discussed so far while understanding that not all can be pleased but they can reach towards a compromise which can keep everyone happy to a certain extent.

“Chase rolled out I think pretty much what we were all expecting around budget cap, revenue distribution, governance and technical rules,” said McLaren’s Zak Brown. “I don’t think anyone was surprised because he has been consulting with all the teams, really since this time last year.

“It was all a very positive step in the right direction. It’s probably not an ideal situation for any of the 10 teams but given that you have 10 teams you’re never going to land on something that works for all.

“So I think the fact that it’s maybe not perfect for any one team means that he got it pretty right.” Alfa Romeo Racing’s Frederic Vasseur had similar thoughts with Toro Rosso’s Franz Tost indicating of consensus still to be reached over the commercial agreement.

“I think Liberty Media and the FIA is on the right way forward and I hope that soon we will have a final regulation on the sporting side, as well as the technical side,” he said. “Regarding the commercial prospect, a little bit difficult.

Haas’ Guenther Steiner talked on similar tunes but the Italian feels that the finalisation of the rules and the regulations should come as soon as possible with not much time left for the teams to act upon it in the future – especially with the car designs.

“We need to get this done quicker rather than later,” he said. “We have made progress but progress you cannot only see in ‘is the new document better than the old one?’ It’s also progress for FIA, FOM and us – a better understanding of each other, what we want to achieve and what can be achieved with the different models we are getting out there.

“So, I think there has been a lot of progress made, not actually in what is offered but in the understanding of what needs to be done that everybody agrees, to get closer to get something final and to see where it needs to be reworked – but I would say there has been progress but as I continue to say, timing now is very important.”

The deadline is supposed to June of this year so as to give enough time for the teams to be ready by 2021, but the response on whether it should be extended until the end of the year has been mixed – with some in a neutral zone as they state it will be same for all.