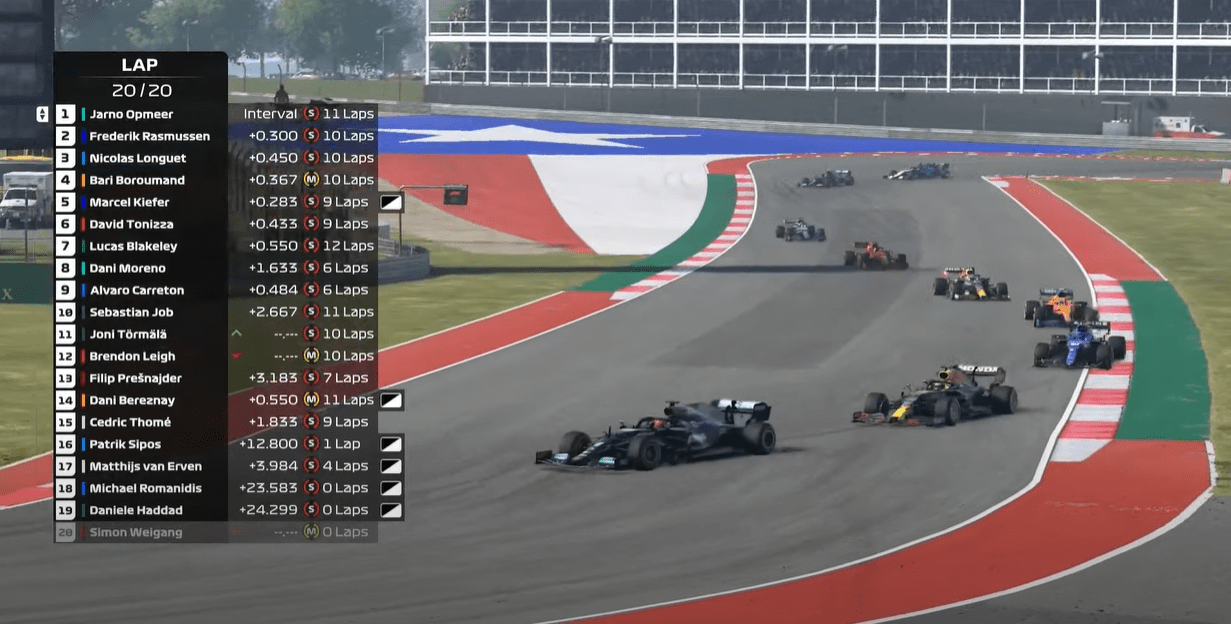 The lead changed hands during Round 3 of F1 ESports series but it is back to Mercedes’ Jarno Opmeer by the end of it.

The 2021 F1 ESports Series Pro championship continued this week with three more races in Round 3, where Mercedes as a team scored two, while Aston Martin took one to bring itself into the championship fight with the final round in December.

With $750,000 prize money at stake, the Round 3 was broadcasted live from, the Gfinity arena in London as the racers used the 2021 F1 game by Codemasters. The season continued with the races in Portimao, Zandvoort and the Circuit of the Americas.

Starting Race 1 in Portimao, Aston Martin’s Lucas Blakeley led from start to finish to secure a dominant win over Red Bull’s Frederik Rasmussen – both doing well to eat into the championship leader’s points. Alpine’s Fabrizio Donoso rounded out the podium.

Mercedes’ leading driver was Daniel Moreno in fourth as points leader Jarno Opmeer could only manage seventh behind AlphaTauri’s Joni Tormala and Ferrari’s David Tonizza. The second race at Zandvoort saw Moreno battle on with Rasmussen for the win.

The latter took the lead early on but the former fought back to register his first F1 ESports win of the season. Blakeley was third which allowed him to take over the championship after Opmeer ended up only sixth behind McLaren’s Bari Boroumand and Tonizza.

But the final race at COTA changed the lead after Opmeer took the win and F1 ESports points lead after passing Alpine’s Nicolas Longuet late in the race with Rasmussen making it three second place finishes in row to keep his title chances alive.

Boroumand was fourth again ahead of Tonizza with Blakeley in sixth helped him to retain second place in the standings ahead of the final three races. In the team battle, Mercedes took 23 points lead over Red Bull with them having 55 points over Aston Martin. 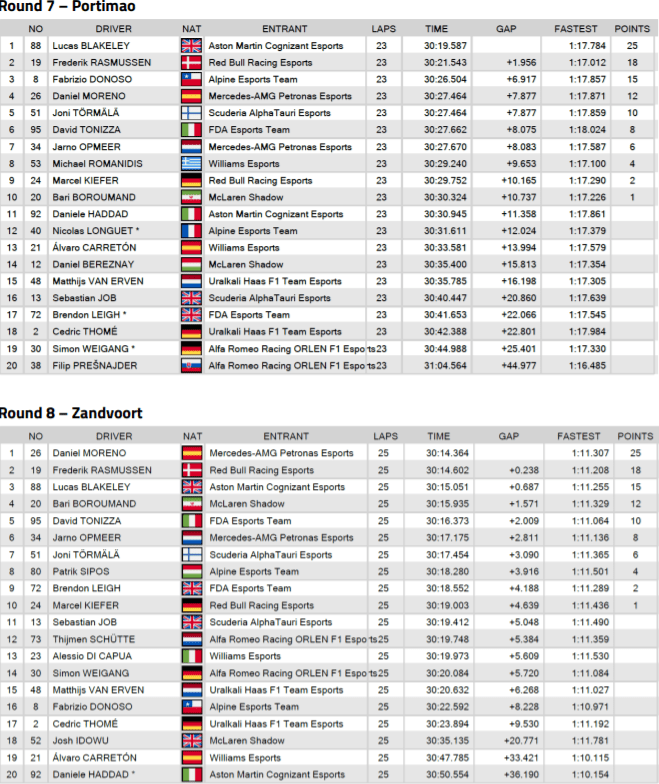 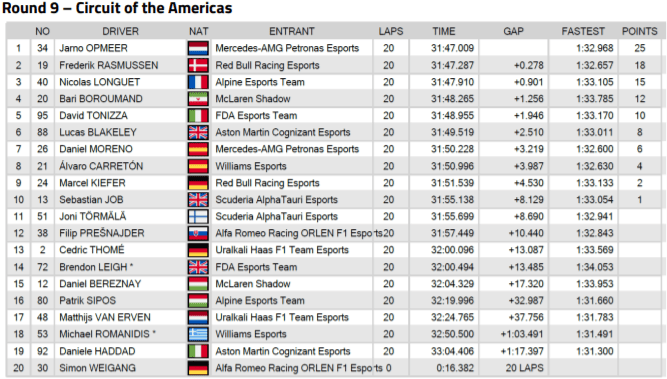 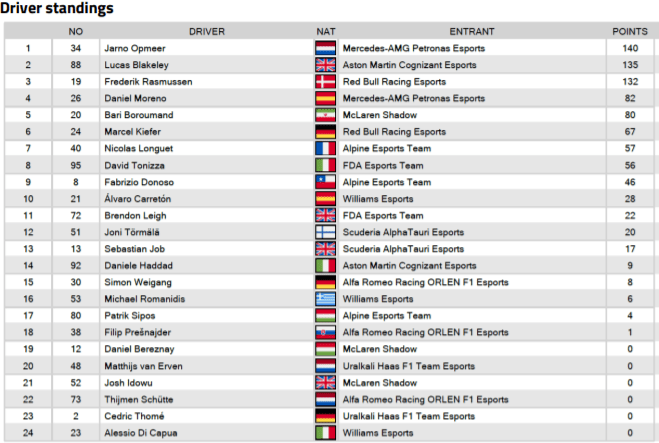 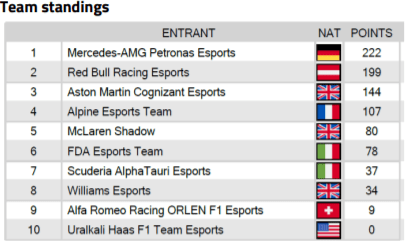 Here’s how F1 ESports Round 2 panned out