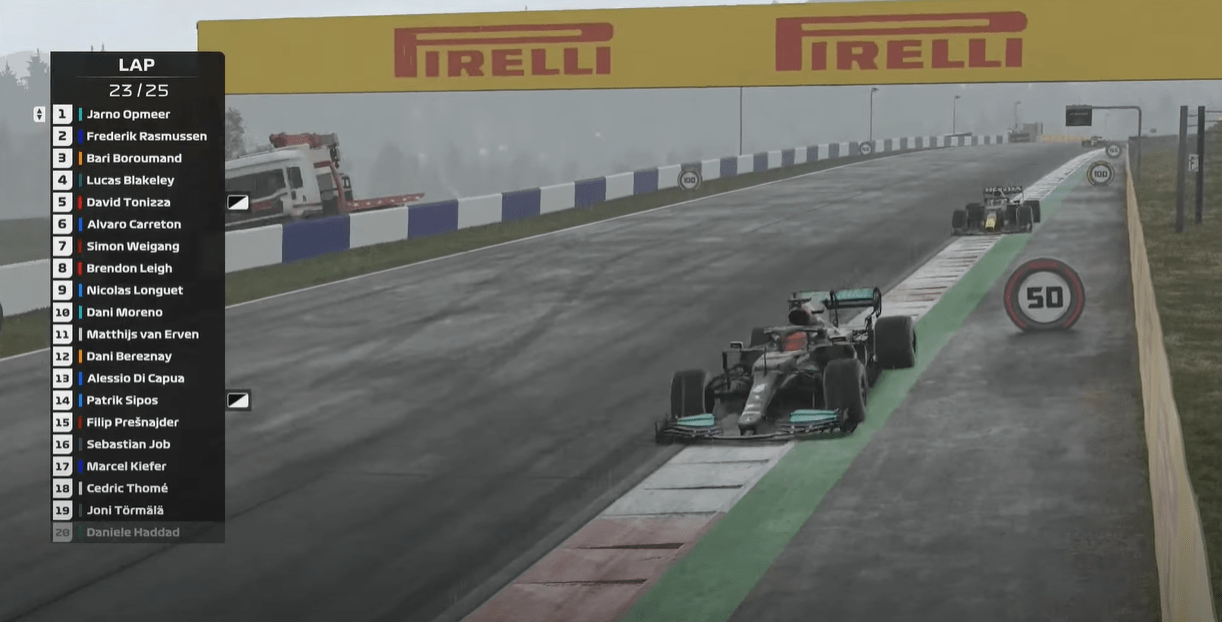 Mercedes has kicked-off the 2021 F1 ESports Series Pro Championship with two wins, while Aston Martin has one in Round 1.

The 2021 F1 ESports Series Pro championship kicked-off this week with three races in Round 1, where Mercedes and Jarno Opmeer took the early points lead after scoring two wins, while Aston Martin and Lucas Blakeley is second with a win against his name.

With $750,000 prize money at stake, the Round 1 was broadcasted live from, the Gfinity arena in London as the racers used the 2021 F1 game by Codemasters. The season kicked-off with the first event in Bahrain, where Aston Martin’s Blakeley took the win.

He passed second-placed finisher Alpine’s Nicolas Longuet in the final few laps as Williams’ Alvaro Carreton ended up third. Mercedes’ Opmeer was fourth ahead of teammate Daniel Moreno in the Top 10 as other points places had drivers of Ferrari, McLaren and Red Bull.

The Race 2 in China was a wet-to-dry event, where Opmeer took a risk of starting on the intermediate tyres in slippery conditions. He dropped to the back of the field when others started to pit, which helped him into lead and fight against Alpine’s Fabrizio Donoso.

Opmeer managed to resist Donoso to win, as Red Bull’s Marcel Kiefer rounded out the Top 3 from Blakeley and McLaren’s Boris Boroumand in the Top 5. The likes of Ferrari, Williams and Alfa Romeo were other point scorers in the Top 10.

The third and final race took place in a wet Austria where Opmeer led nicely to make it a double ahea dof Red Bull’s Frederik Rasmussen, with McLaren’s Boroumand in the Top 3 from Blakeley and Ferrari’s David Tonizza, as Williams, Alfa Romeo and Alpine scored points.

Here’s all the F1 results plus standings: 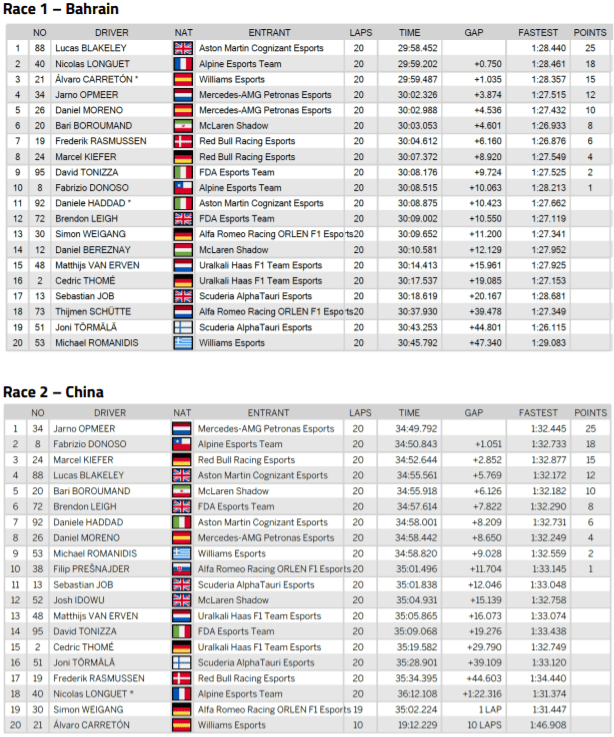 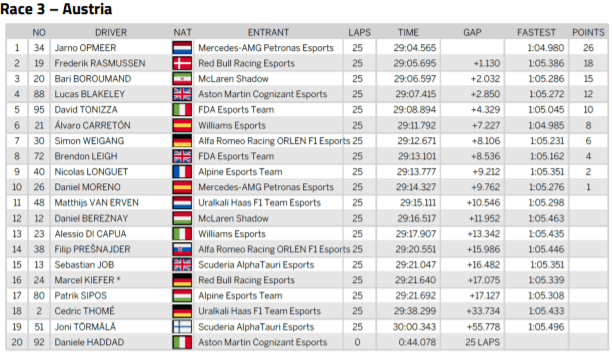 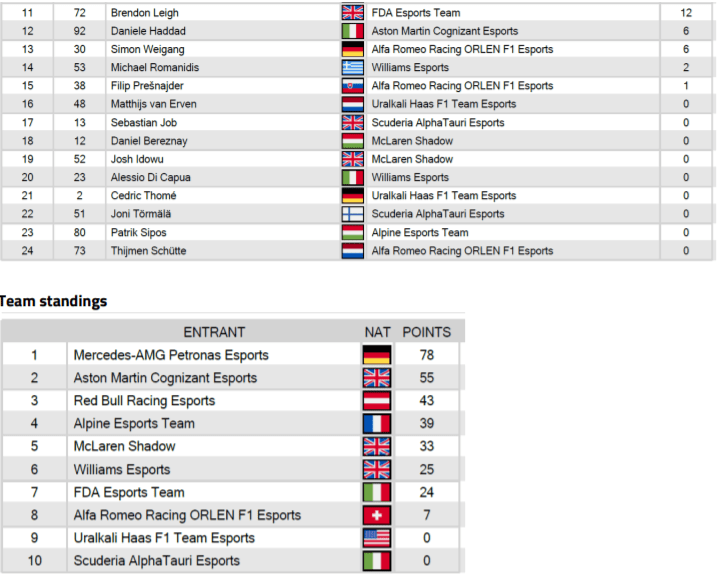