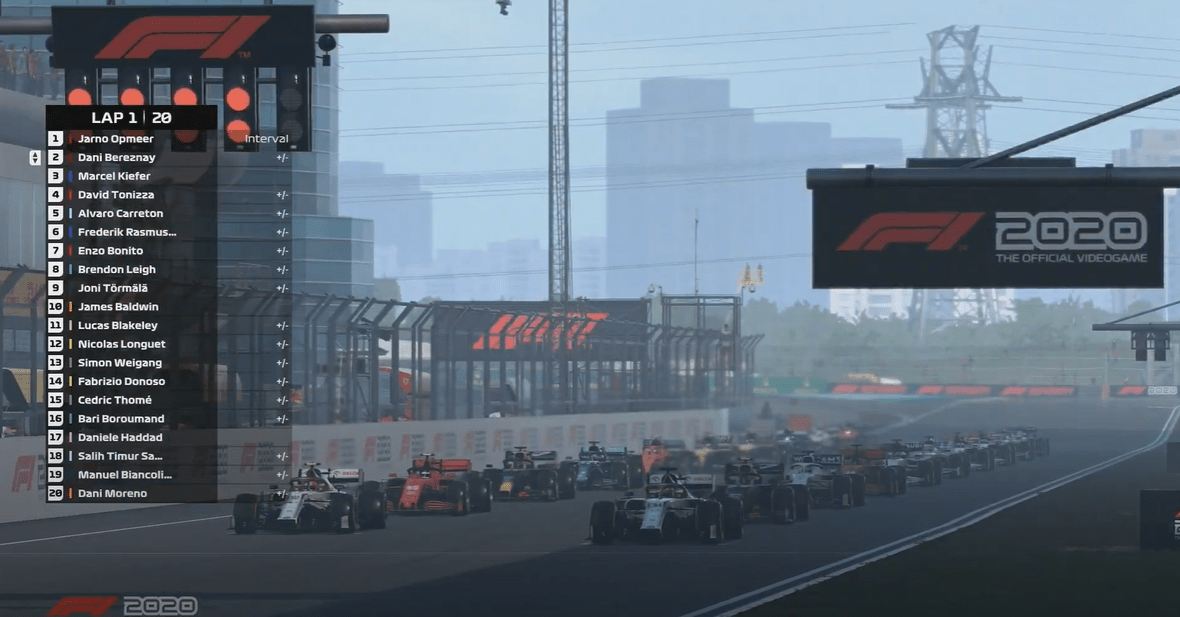 Alfa Romeo and Ferrari started the 2020 F1 ESports Pro Series with race wins in Round 1 which consisted of three races in Bahrain, Vietnam and China.

The 2020 F1 ESports Pro Series was underway with Round 1 this week, with three races of 20 laps each, held in Bahrain, Vietnam and China. Alfa Romeo took the major share with two wins courtesy of Jarno Opmeer, while reigning champion David Tonizza had one.

They did not start on pole, though, as Renault’s Nicolas Longuet had pole for both Bahrain and Vietnam races, which took place on October 14. However, he was overwhelmed in the first race, where he finished fifth but the second was better in second.

Opmeer was in control in Race 1 at Bahrain to score the win to open the 2020 F1 ESports Pro Series and looked settled in Race 2 at Vietnam as well until the later moments when he was overtaken by both Tonizza and Longuet, with the Ferrari driver bouncing back.

The Italian had a tough Race 1 where he lost his front wing and finished last but bounced back well in Race 2. The Race 1, meanwhile, was a Alfa Romeo 1-2 with Dani Bereznay in second, while Red Bull’s Marcel Kiefer rounded out the podium position.

For Race 3 on Thursday at China, it was a front-row lockout for Alfa Romeo as Opmeer led the way and ended up first to secure his second win of Round 1 to lead the F1 ESports Pro Series’ drivers’ standings with a handsome 65 points.

It looked like another Alfa Romeo 1-2 but Red Bull’s Kiefer got in between to take second, whereas Bereznay was third. Like Opmeer, the team heads the teams’ standings with 98 points over Red Bull with 69 and Renault with 33.

Unlike 2019, the drivers this time were connected online from their homes and or base, considering the COVID-19 pandemic. The presenters were there in the Gfinity Arena, from where the lockdown F1 ESports series was called upon as well.

Here’s Chase Carey on F1 Beyond The Grid podcast