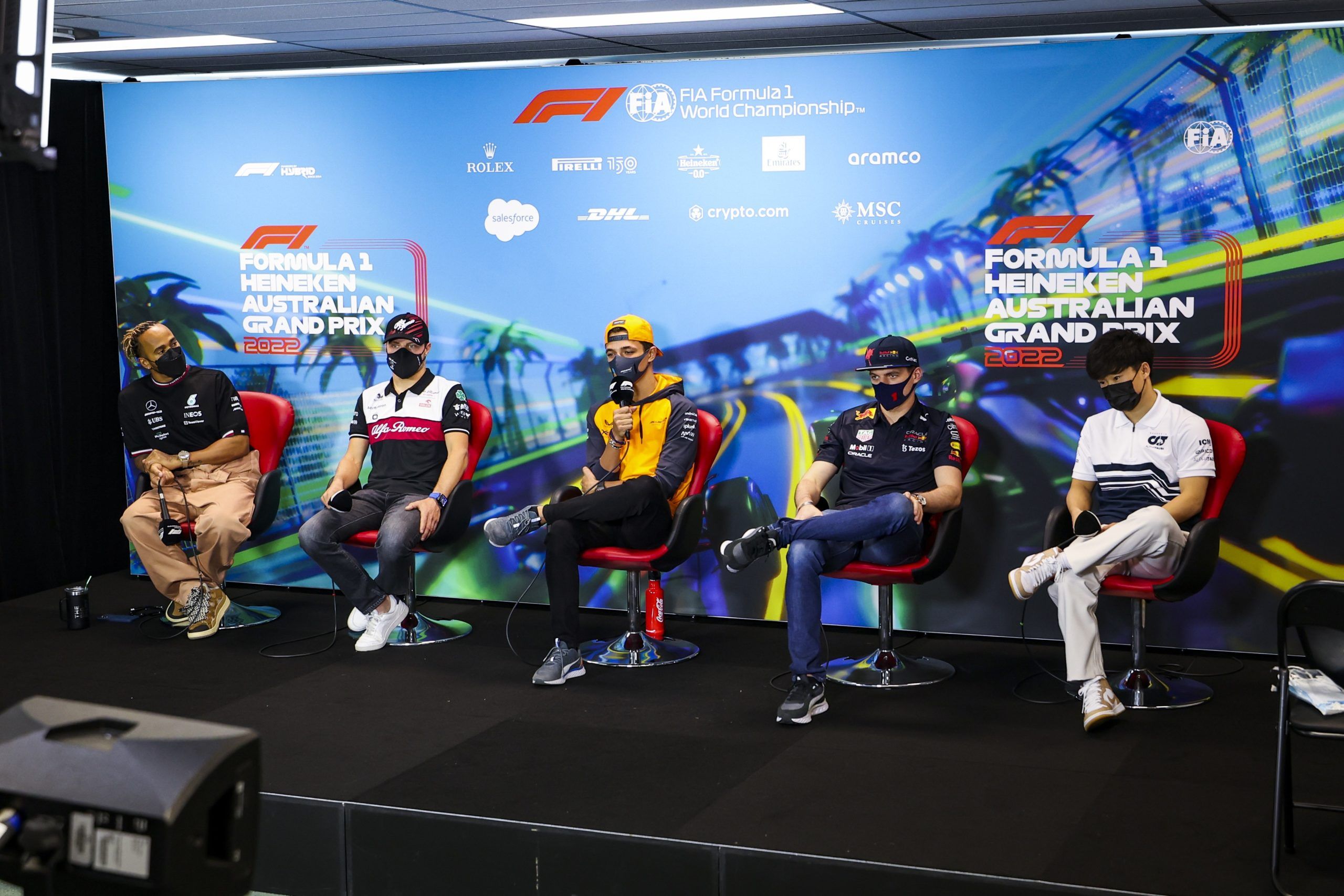 F1 drivers shared their views on the recent news regarding Porsche and Audi joining the sport in tie-up with different teams.

An announcement was made regarding Audi and Porsche potentially entering Formula One in 2026 after the Volkswagen Group’s board meeting on Thursday. This ended months of speculation regarding the fact that the two companies will compete in F1.

“This gives our company the opportunity to demonstrate “Vorsprung durch Technik” in the pinnacle of motorsport from 2026,” said a statement from Volkswagen. “We have not yet made a decision as we are currently in the final evaluation phase. At this point, the new regulations for 2026 and subsequent years are not yet available.

“These will set out far-reaching changes to make the sport more sustainable, which is a prerequisite for Audi’s possible entry. Audi Sport is discussing these matters directly with the Federation Internationale de l’Automobile (FIA). Our decision will be announced as soon it has been made.”

While it is not yet fully cast in stone, the plans for Porsche and Audi in F1 could make it in especially with the new engine regulations to come into effect from 2026 onward. As per multiple reports from medias like AMuS, Motorsport Network, Racefans and more, Porsche  appeared to tie up with Red Bull.

But at the same time, Audi’s situation is not so clear cut just now with McLaren being rumoured but now not so definite. The German manufacturer are looking for a team ownership scenario too but the Woking-based team may not be the situation that they would want.

It has been most strongly linked with the McLaren team, but now outfits like Aston Martin and Alfa Romeo/Sauber have emerged as new contenders. At the same time, the Zk Brown-led team has found a new link with BMW Motorsport.

With the things ongoing in the background, F1 drivers had their say on the matter where Norris even admitted to the speculation regarding his team:

Norris: “It’s a bit more I guess about us and Red Bull because those are the teams who seem to be involved at the minute. But yeah, I’ve got nothing to say to be honest. It’s a question for Andreas and the team more than it is for myself but of course, if there’s more big manufacturers as a whole, then it’s only a good thing  for Formula 1.”

Hamilton: “I mean I knew about it a long time ago already. So I think it’s great that we’re going to get new manufacturers within the sport, especially as you see there are a lot of teams that have the potential to be top teams, but are our customer teams and so I think it’s going to be great moving forward and so we welcome them in.”

Bottas: “I think it’s great news. I think it would actually be nice to see more teams in Formula 1 at the moment. There’s obviously still only  10. I remember, as a kid watching Formula 1, and the grid was much bigger and I think this makes it even more exciting. So yeah, more than welcome.”

Verstappen: “I think it’s very exciting and it’s very important for Formula 1 as well. Of course, you know, we have 10 great teams, but also to have really big brands behind it is really nice, to  see that commitment so I’m looking forward to what the future will bring to the teams.”

Tusnoda: “It’s good, also exciting, say like, those kinds of big companies will come in in  2026. Yeah, I can kind of wait see those things. Yeah.”

Separately, Audi and Porsche have a tremendous record in other series, most notably Endurance racing and the Le Mans 24 hours. Porsche raced in F1 as engine supplier to McLaren, starting in late 1983 and dominated the 1984 season winning 12 out of 16 races.