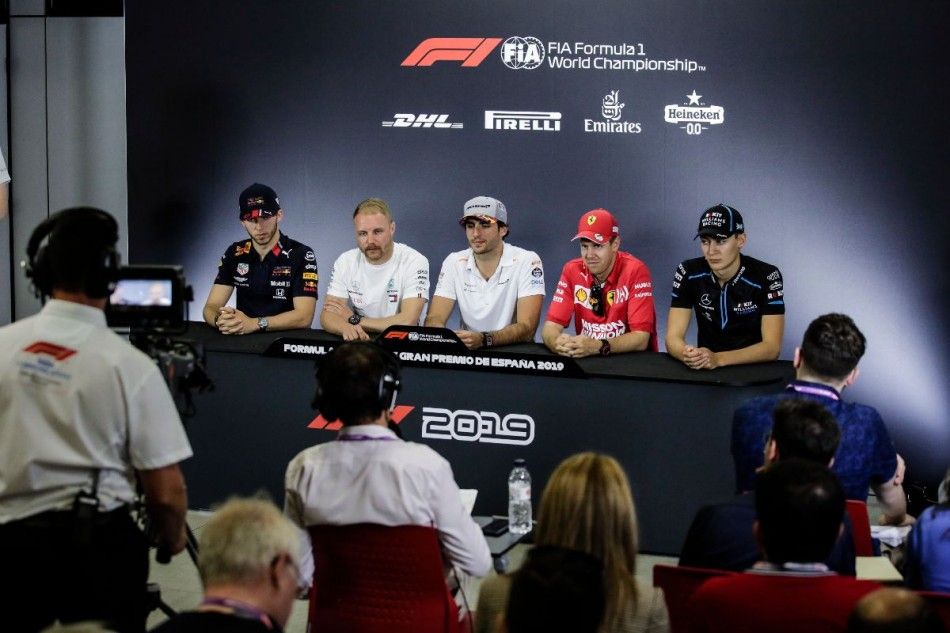 The 2020 F1 calendar is in news already with raft of changes expected as some of the drivers react to the latest piece on Spanish GP, Dutch GP and Brazil GP.

In the lead up to the F1 Spanish GP, few reports suggested that 2019 will be the last of the grand prix at Circuit de Catalunya, Barcelona amid the growing political tension between Spain and Catalan people. Its replacement was said to be Dutch GP at Circuit Zandvoort.

Talks are still happening though behind the scenes but as per McLaren’s Carlos Sainz, it looks like it is late for Barcelona to save the grand prix for at least 2020. A possible switch to Jerez was also talked on Thursday by the drivers but it doesn’t seem likely happening.

“Obviously for me it would be a big loss in the calendar – but as far as I know, negotiations are still on-going,” said Sainz. “I think that’s been confined. From me, wishing that all the institutions are going to do their job, they’re going to agree on something.

“Maybe not next year because it’s too late, or hopefully yes, just agree on something for the future. What I would like the most is to have Barcelona. I think this city, this track, deserves to be in F1.

“If you could add Jerez, then even better with two grand prix in Spain. And if you don’t get Barcelona, I wouldn’t mind having Jerez back. That’s pretty much my order of priorities if you ask me now.”

At the same time, Red Bull Racing’s Pierre Gasly said he was shocked to read the news of Spanish GP axing but found the Zandvoort news exciting like Mercedes’ Valtteri Bottas and Williams’ George Russell.

“I think it would be quite a shock to lose the Spanish GP because Barcelona is probably the track we have all driven on the most since F4, Formula Renault, all the categories,” said Gasly. “So, hopefully an agreement can be found.

“I don’t mind having more races, I like races, I like racing and hopefully we can get the two in the calendar. And Zandvoort is pretty exciting if it happens. It’s a really narrow track. I’ve been there only once but it’s really challenging on the driving side.

“So, I think to put some F1 cars there will be pretty cool and exciting.” Bottas, meanwhile, said: “Obviously, it would be a shame [to lose Barcelona]. It’s been in F1 a long time, this track, and there’s so many fans in Spain and around Barcelona.

“It’s a nice grand prix for all the fans to come to, also from elsewhere. So, that would be a shame. On the other hand, I’ve raced with F3 in Zandvoort and it’s a pretty cool circuit. There’s a lot of of culture now, especially with Max  being in F1 for a few years now.

“So for sure that will be a nice one – but the two combined would be obviously ideal for everyone.” Finally, Russell added: “I think it would be a shame to lose this circuit because it’s a great one, but on the other hand, Zandvoort is probably in my Top 5 favourite circuits.

“I think it’s a really incredible circuit, it’s got so much character. Obviously safety is incredibly important these days in F1 but I just truly hope we don’t get rid of the gravel runoffs in Zandvoort in the two high-speed corners because that’s what makes the circuit so daunting and so incredible to drive.”

Ferrari’s Sebastian Vettel felt similar vibes but added that overtaking at Barcelona will probably be more than what they would be able to do at Zandvoort – which he thinks is like Monaco more. Aside the Spain/Dutch drama, another news cropped regarding Brazil.

Its President revealed about deal to switch the Brazil GP from Sao Paulo to Rio de Janeiro from possibly 2021 after the contract with Interlagos expires in 2020. A brand new circuit is to be built with private money which could host both F1 and MotoGP races.

Vettel was certainly shocked to read the rumours as he feels Interlagos is a historical circuit which should be on the F1 calendar. “I wasn’t aware that it’s going to happen,” he said. “I heard some rumours but I think it’s a shock.

“I’m really looking forward to the last race we have there. Who knows, in the future, if we go back? It’s a great place, so it’s a real shame. I’m sort of a fan of hanging on to old things. It would be nice to go back very soon.

“Maybe have two races in Brazil, since the crowd is usually quite amazing.” Meanwhile, Bottas added that Rio is a cool city in some positive take on the matter. “In Sao Paulo there is obviously a lot of history in F1, many great races have been done there.

“Many I remember seeing as a kid and so on but Rio would be nice. I have been there once and it’s a beautiful place. No idea for me either what’s happening behind the scenes but I’d be there for sure,” he summed up, with Gasly and Russell having similar thoughts.

At the same time, Sainz was all for Rio if Hermann Tilke can produce a top class circuit where drivers can enjoy racing whole-heartedly. “I like Sao Paulo, I like its track, this old school layout, the history it has from the nineties and also the famous title fight there in 2007,” he said.

“I think it brings great memories. I don’t know, I think it depends on the track they build in Rio. If they build a cool track with cool racing, I think the city’s great, from what I’ve heard. Just ask for a cool track with cool racing, good overtaking and a fun track for the drivers then I think we wouldn’t miss Sao Paulo as much as we will if it doesn’t go so well.”

In a recent conference call, F1’s Chase Carey hinted on two grand prix not featuring on the 2020 calendar – if we look at the contract situation, United Kingdom, Germany, Spain and Mexico are the ones without one, where two is slated to go.

From them, Mexico seems on the way out, while the second one could be between Germany and Spain as UK seems likely to be retained. Interestingly, Carey hinted on calendar staying at 21, which means Zandvoort is all but in along with Vietnam.