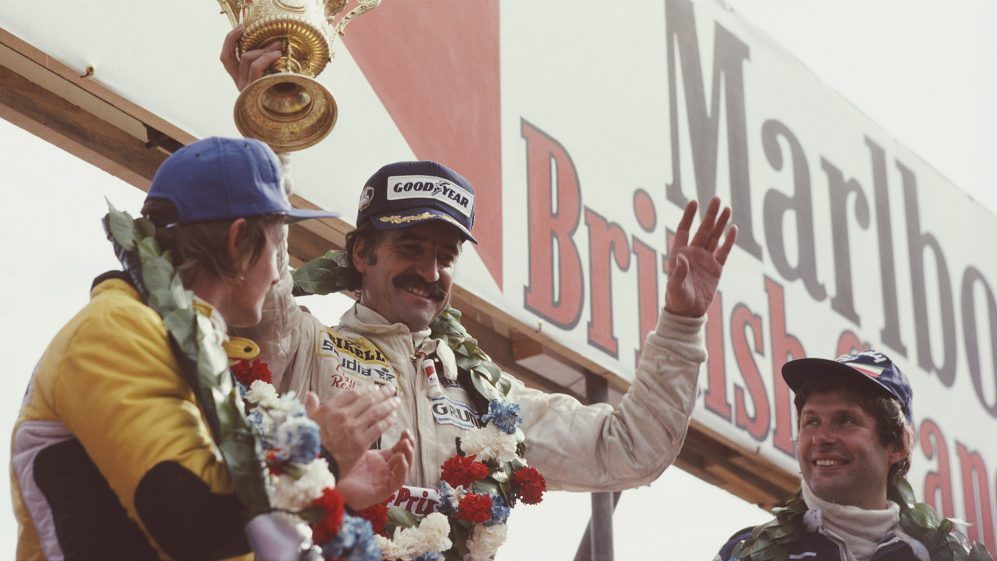 F1 is bringing back a modernised version of wreath celebration for Sprint Qualifying winners, as it shares further details on We Race As One programme.

As is known that the Top 3 finishers in Sprint Qualifying will not get to have a podium moment, which will be kept exclusive for the Sunday’s main race, there will be, however, a modernised version of old F1 celebrations with wreaths included.

In old times, F1 winners had more of a make-shift podium with champagne and a wreath around their neck. The Top 3 finishers in Sprint Qualifying will be presented with a wreath after the end of the race and they will set-off on a victory parade around the circuit.

As known, the winner will get three points against his name, with two for second-placed driver and one for third. They will also start the main F1 grand prix in the same order they finish on Saturday – provided there is no penalties against their names.

Additionally, it will not be regarded as a win and or a podium too. F1 notes that how the wreath will look-like and what the victory parade will be, will only be known once the race is over. The last time a winner was presented a wreath was way back in the 1980s.

“F1 Sprint is a brand-new and exciting format, so we felt it was important to come up with a post-race moment that was equally special,” said Alex Molina, Director of Event Spectacle at Formula 1. “The moment recognises the seven decades of history in the sport and combines it with a modern twist – very similar to the Sprint itself.”

Meanwhile, in continuation with its #WeRaceAsOne initiative from last year, F1 has expanded on their plans for diversity and inclusion. The sport announced its strategy to employ talents from under-represented communities and also help others in education.

Non-executive chairman, Chase Carey, provided $1 million to kick-start the programme, whose focus is not just engineering sector, but a wide range of studies. F1 has now set out three programmes under Engineering Scholarships, Apprenticeship and Internship.

The release from F1 lays down the details of the programme:

1) Formula 1 Engineering Scholarships for ten students from underrepresented groups including ethnic minorities, women, and those from under-privileged backgrounds. Each scholarship will provide the full cost of a student’s tuition, together with a living stipend. The scholars will be part of the September 2021 intake of undergraduate courses in the UK and Masters (Postgraduate) in Italy.

All ten Formula 1 teams have committed to provide work experience opportunities to a scholar during their time at university. The participating universities represent different regions within the UK and Italy, and each will run an independent selection process to determine the scholarship recipients.

2) Formula 1 Apprentice Programme: Formula 1 will place two long term apprentices from
underrepresented groups within our organisation in 2021. The apprenticeships will begin in
September and have a focus on mechanical engineering.

3) Formula 1 Internship Programme: Six interns from underrepresented groups will be offered roles across our organisation in 2021, with a mix of short- and longer-term placements. Two of the placements have already been assigned within the Motorsport and Marketing teams, with the other four being recruited over the coming weeks via multiple D&I partners including: BCOMS, who work with talented sports media enthusiasts looking to develop their career in media; Driven By Diversity, whose mission is to educate individuals and organisations on the value of diversity and inclusion in
motorsport; and various other initiatives who train and nurture young people from
underrepresented groups or with limited educational or employment opportunities.

Having released the details of the programme, F1 chief Stefano Domenicali said: “Formula 1 is a global sport with fans across the world. We want to be as diverse as our fan base and that is why we are taking action to ensure talented people from underrepresented groups have the best opportunities to get into, and build, a fantastic career in this amazing sport.

“I am delighted to announce that scholars, apprentices and interns will get the chance to fulfil their dreams in Formula 1 and I know they have amazing futures ahead of them. I want to pay particular thanks to Chase whose generous donation is funding the ten scholarships.

“Our #WeRaceAsOne platform is our commitment to make real change and shows our recognition that we know we must make a positive contribution to the world we live in. All of the teams are committed to this and the work of the Hamilton Commission shows the dedication to addressing these issues across Formula 1.

“Our focus is on Diversity & Inclusion, Sustainability and Community and we will continue to  drive forward with our plans to be more diverse, more sustainable and leave a lasting positive impact on the countries and communities we visit. We know we must continue to move forward on these issues and the whole sport is united in doing this in the months and years ahead.”

The step from F1 comes a day after the Hamilton Commission presented a long report on its 10-month research findings, which pointed towards some serious gaps. The under-representation is huge among the minorities, with racism still prevalent in the system.

Here’s some of the details from the Hamilton Commission report