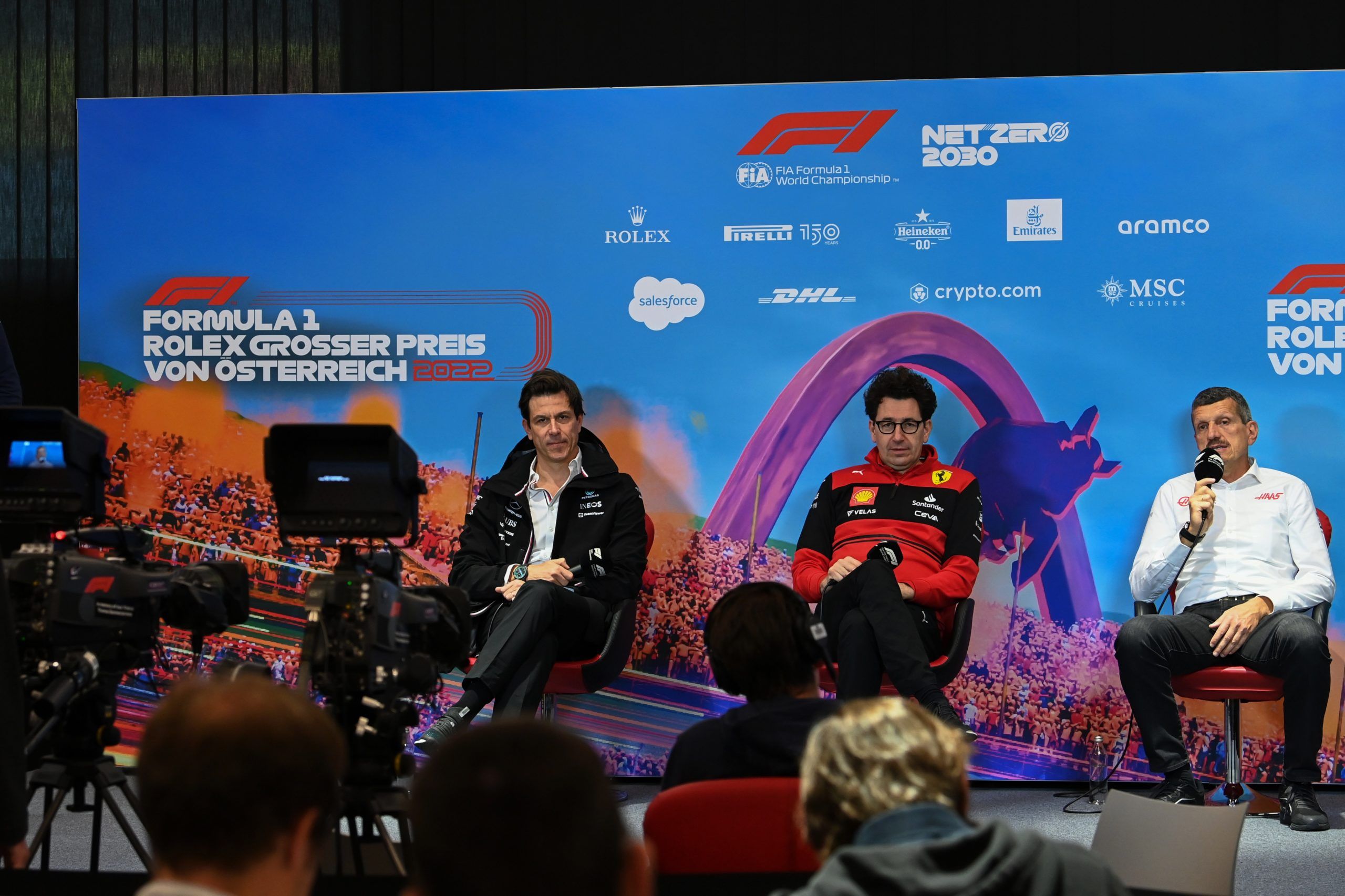 F1 team bosses speak on the decision to increase the cost cap due to the rising inflation after the latest commission meet.

F1 recently decided to increase the cost cap figure by a total of 3.1%, which it has judged to be in line with this year’s dramatic inflation level, and several team principals have now had their chance to add their thoughts.

The Friday morning of the Austrian GP played host not only to the first practice session of the weekend, but also the latest F1 Commission meeting. This is where it was decided to add a 3.1% inflation allowance to the original cost cap – which equates to around $4.3m.

Therefore the teams can finally work towards a definitive and stable value for the remainder of the season. The value in question for the season is now $145.5m in US dollars, which sounds like a lot to operate one season of one F1 team with. However, this is around a couple of hundreds of millions less than what the likes of Mercedes and Ferrari were thought to be operating from pre-cost cap.

Several teams in the last few weeks have lobbied the championship to increase the cost cap to allow wages to be paid without having to compromise for the rise in utility bill costs and freight costs. They made it abundantly clear they would be forced to stray above the original cap in order to keep on top of the crucial business payments. Leaving employees with a reduced paycheck, whilst the cost of living for everyone is only increasing, is absolutely not an option.

Team bosses from varying portions of the grid are unhappy with the rise, with the boss of Alfa Romeo imploring for Formula 1 to not increase the cap anymore than it has decided to do so, while Mercedes and Ferrari’s bosses calling it a “compromise.”

Frederic Vasseur: “First, on your side that we were below it means that we will stay below and that they can increase the level of the cost cap or whatever. But I think the most important and most seriously I think that now we have to close this chapter, and it was also one of the conclusion of the discussion yesterday is that over the last two years we spend our time to increase the cost gap to add extra allowance, to find a way to increase the CapEx and now we have to stop. And I think it was also part of the discussion.”

Mike Krack: “Yeah, we will comply with the financial regulations just as we comply with sporting and technical.”

Franz Tost: “We are below the cost cap figures and of course if 3.1% gives us a little bit more room nowadays because we have only half the season, you never know what’s going on in the second half of the season – if you have some really heavy crashes, you maybe need this money, but so far, we have everything under control.”

Is the extra US$4.5 million enough for you to stay below it this season or are we in a situation where towards the end of the year we get into similar debates about penalties and minor breaches?

Toto Wolff: “So energy prices have come back slightly. I think freight is still on a high level and inflation seems to have stabilised at an incredibly high level but at least stabilised. I think why we achieved the compromise yesterday is that we said to the small teams, we’re not going to come back, and saying we need some kind of negotiation with the cost cap adjudication panel. We still, I think, the three of us are very much above it, that means saving costs will be necessary for Mercedes. So yeah, the outcome is helpful. Does it solve our problems? No.”

Mattia Binotto: “Yeah, obviously it has been a compromise but now we’ve got a new target and we will not be in breach, we cannot afford to be in breach and I think it’ll be down to us as a team and our responsibility to make sure that we simply respect it. It will be very tight, it will be very difficult. As Toto said, energy, inflation, freight, is all there, so there will be cost savings which will be required no doubt.

“We’ve got only a few months from now to the end. Most of the expenses of this season have been done already and very little remains. But certainly we need to control and make sure that we cope with it. Certainly, when you’re crashing two cars it’s not helping, because, as well with our drivers we will need somehow to make sure and pay attention to that one, because those are variables that, again, you’re not normally counting for.”