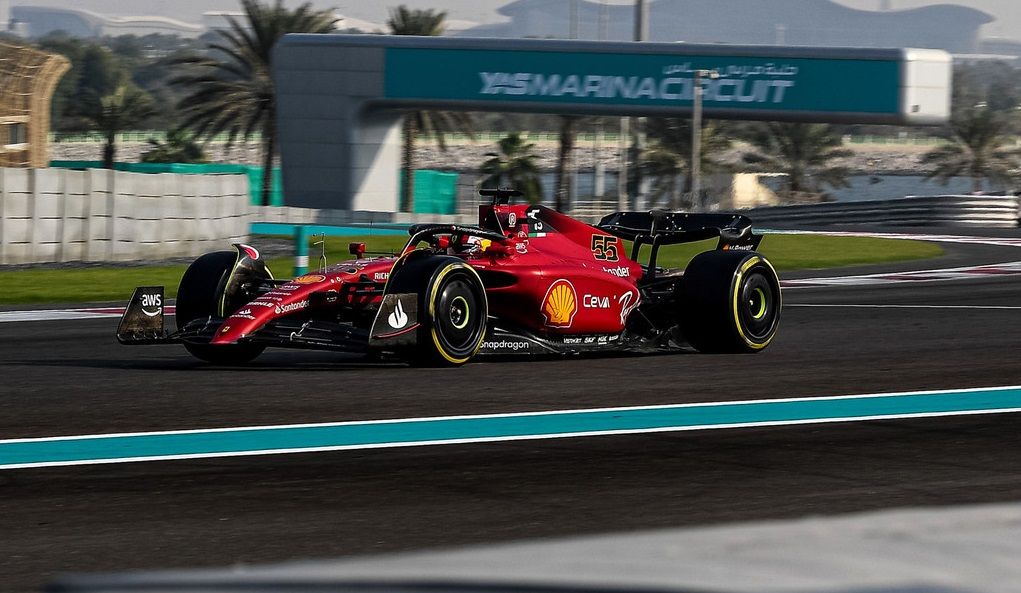 The final running of the 2022 F1 season Carlos Sainz set the pace ahead of Charles Leclerc in Abu Dhabi which saw 24 runners.

The previously run two-day test was trimmed to a day for 2022 and saw as many as 24 drivers in action in a Pirelli tyre test combined with the Young Drivers’ test. It was a Ferrari 1-2-3 to end the final running in 2022 with Sainz on top after a 1m25.245s lap.

He led teammate Leclerc while sharing the car running the 2023 tyres. The trio was completed by Robert Shwartzman in the other car as part of the Young Drivers’ test. The Russian had an early spin at Turn 16 along with few others.

Pierre Gasly, meanwhile, slotted in fourth after his first taste of the Alpine machine. The team did not share the car with Esteban Ocon as Gasly not only did the tyre testing but also got in touch with his new team.

Red Bull’s Max Verstappen was pushed to fifth after late quick lap from Gasly, as Williams’ pair of Alexander Albon and Logan Sargeant slotted in sixth and seventh. AlphaTauri’s new driver Nyck de Vries was eighth after his spin at Turn 5.

Red Bull’s Sergio Perez was 13th from McLaren’s Oscar Piastri – another new driver – with Aston Martin’s Felipe Drugovich 15th. The Australian caused a red flag after stopping on track but the team got back the car and could fix the problem to send him out again.

Alfa Romeo’s Valtteri Bottas was 16th from Mercedes’ Lewis Hamilton, who like Sainz, Verstappen and Stroll took over the car from their teammates and improved in the latter stages. McLaren’s Lando Norris was 18th where he had a late spin at Turn 13.

Nico Hulkenberg was 19th in his first time with Haas but his run was hampered by a problem where he caused a red flag after stopping on the track. AlphaTauri’s Yuki Tsunoda was 20th from Haas’ Pietro Fittipaldi and the two Mercedes drivers.

Frederik Vesti was 22nd from George Russell as Alfa Romeo’s Theo Pourchaire was the final runner in 24th to end the 2022 F1 season running.

#F1Testing #AbuDhabiTest As you all know, times mean nothing during testing. But it's always fun to look at. Here's the final timingscreen for 2022. Some tested with their new team while others tested for Pirelli. Thanks @thomasmaheronf1 for keeping us updated. #F1 #MsportXtra pic.twitter.com/sJfMU5XJS8