Max Verstappen ended the final day of F1 Bahrain Test on top from Charles Leclerc and Fernando Alonso with next action being the 2022 season-opener.

The final day in F1 Bahrain Test saw less trouble than the penultimate day with a sole red flag in the morning session which was for the FIA’s usual red flag practice. After yesterday’s issues to practice a standing start, it worked better this time.

Only four cars of Sergio Perez, Pierre Gasly, Lance Stroll and Guanyu Zhou were there to complete it. Prior to that, the Frenchman had a long duel with Mercedes’ Lewis Hamilton where the two followed each for quite the few laps in race mode.

The afternoon running saw multiple red flags with the first one for Haas’ Mick Schumacher who had a spin. The red flag was waved even though he managed to continue driving. The second flag was for Alfa Romeo’s Valtteri Bottas who stopped on track.

UPDATE: Much like last time, Schumacher set the second fastest time in the extra two hours with a 1m32.241s lap using the C4 compound with 85 laps. This pushed Alonso off the Top 3 in fourth with Leclerc ending up third. 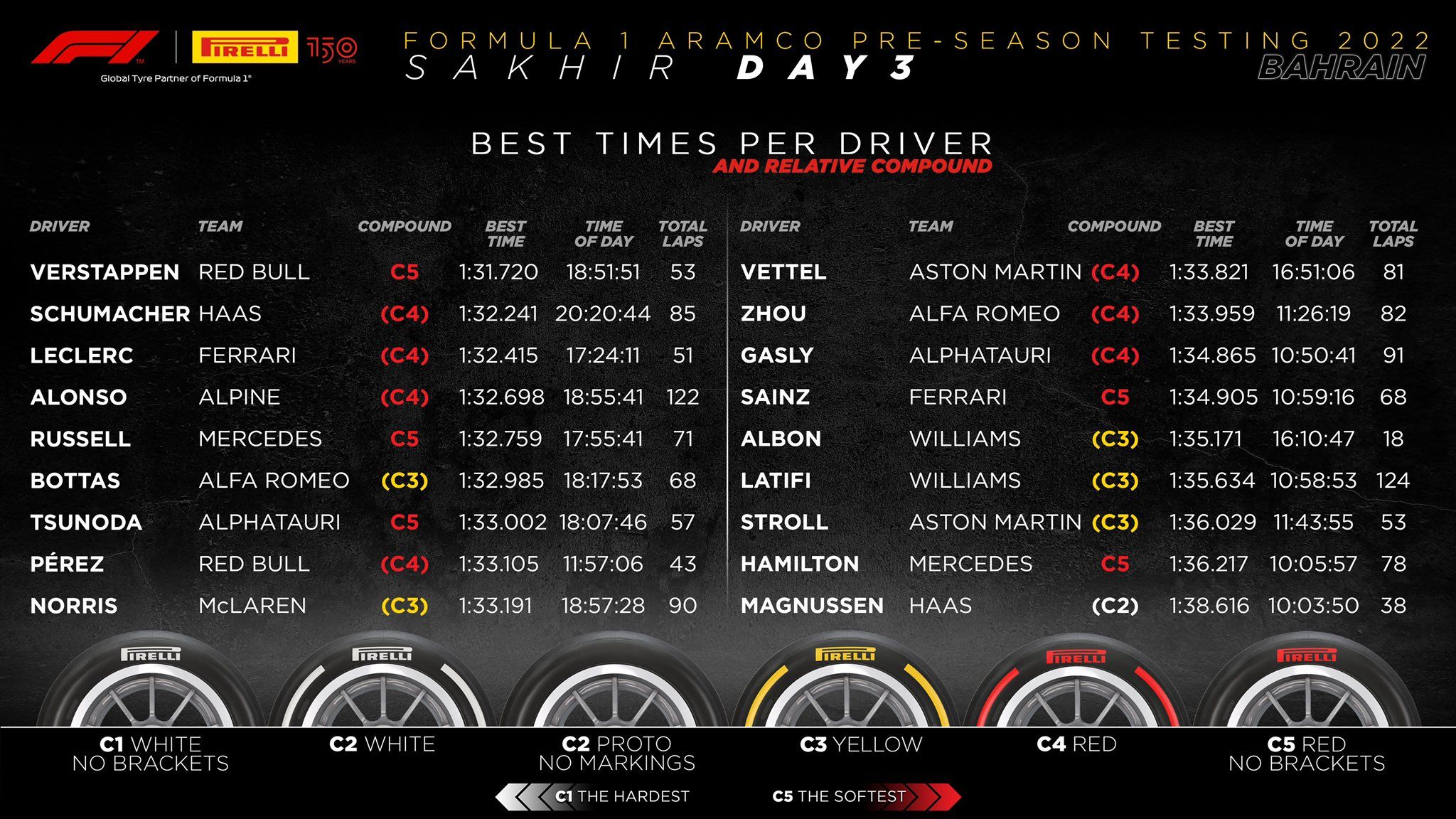 Here’s how Day 2 went in Bahrain