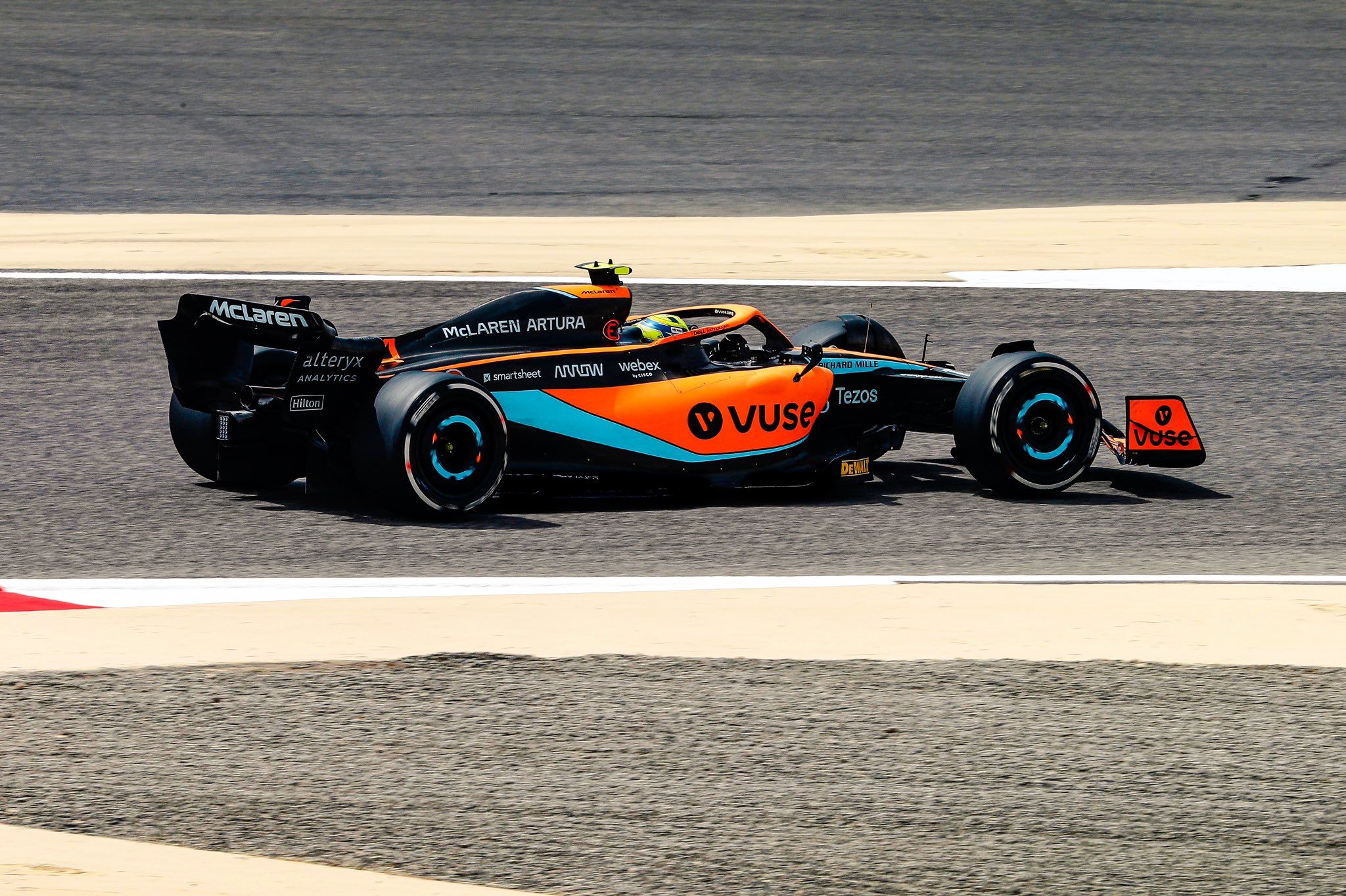 The final F1 pre-season test of 2022 came to its end in Bahrain which was aired on TV, giving fans a first view of the new cars in action.

After the shakedown in Barcelona, F1 teams headed to Bahrain for what was dubbed as the ‘proper’ test which was aired on F1 TV along with Sky Sports. It gave the fans to watch the cars in action as opposed to seeing still images and short videos.

From Barcelona to Bahrain, there were changes made on the bodywork of few teams with Mercedes bringing a radical one where it now has the ‘slimmest’ sidepod of all. Red Bull showcased a more bulging one to its earlier sleak design.

It was a big reliability test for the F1 teams in hot conditions and abrasive tarmac which provided valuable data on the tyre side. The proposing or bouncing was seen on the straights which mixed up with the usual bumps of the Bahrain circuit.

Almost all the teams got more running than what they did in Barcelona, despite some of them facing reliability issues. Teams like Alfa Romeo and Haas had more track time where the latte got extra time to cover up for the lost time due to freight delay.

It not only featured a new livery but Kevin Magnussen replaced Nikita Mazepin to bring the #20 back in F1. The team also ran Pietro Fittipaldi, while McLaren were forced to run only Lando Norris after Daniel Ricciardo fell ill which was later diagnosed as COVID-19.

Here’s the time list – best to worst – of all F1 drivers/teams: 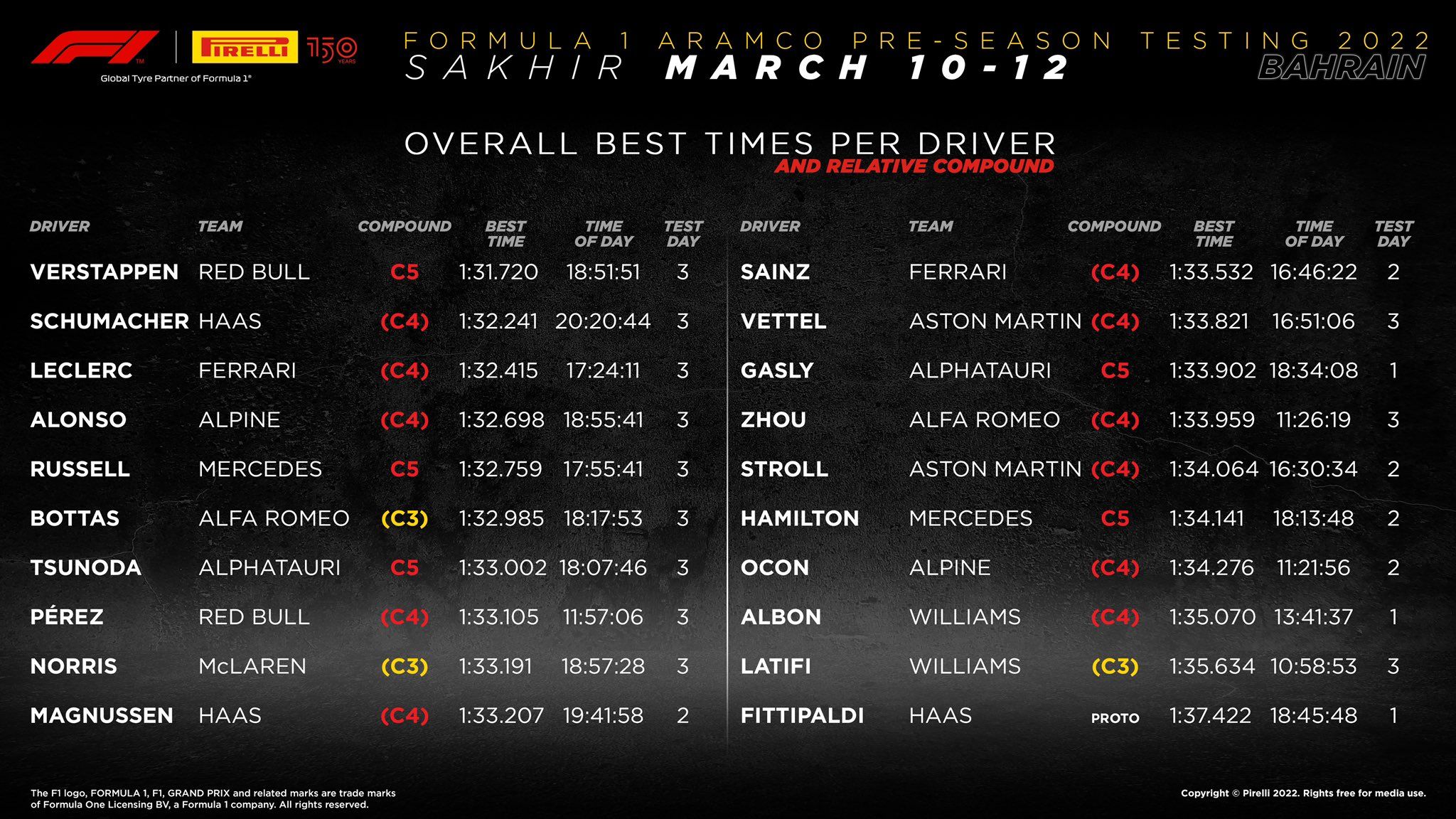 Here’s how Day 2 went in Bahrain

Here’s how Day 3 went in Bahrain

Here’s the stats from Barcelona