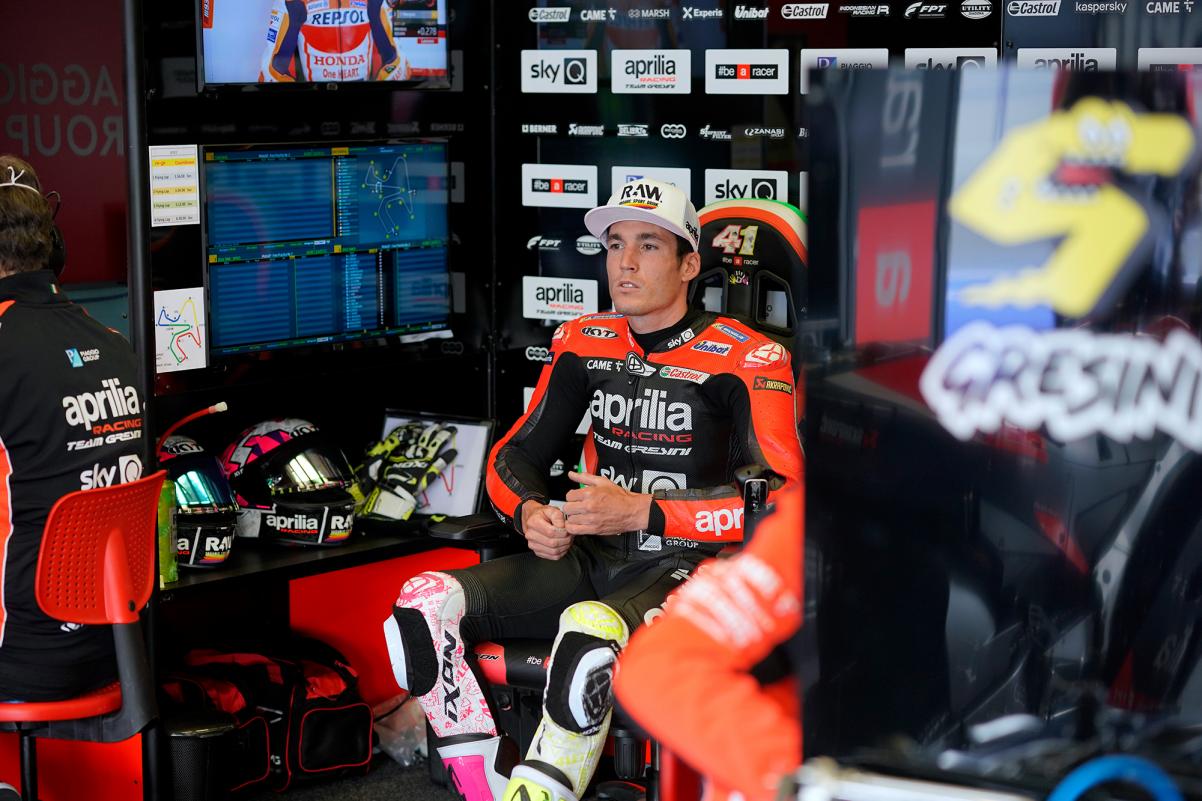 Aleix Espargaro is the latest to undergo an arm pump surgery post the French MotoGP race, ahead of a hard Mugello event.

Aprilia’s Espargaro joined the list of MotoGP riders to undergo an arm pump surgery, which is increasingly becoming common in 2021. While there is no one reason for it, but the increasing exercise to adapt to new machines, can be termed as one reason.

Apart from Espargaro, Ducati’s Jack Miller, Yamaha’s Fabio Quartararo and Tech 3 KTM’s Iker Lecuona, have already undergone an arm pump surgery. The Spaniard had planned this around Jerez, as he felt, Mugello will be the hardest race to ride on.

Immediately after the Le Mans race, where he was forced to retire to mechanical issue, Espargaro flew back to Spain and was operated in Hospital Universitari Dexeus in Barcelona. It was an early morning operation, which started at 8:00 AM.

Espargaro is expected to be fit for the Mugello event. “In the race I did not feel pain or discomfort,” he said after Le Mans race. “Even if it is not a serious operation and it is still a risk in view of the Mugello race. We lost a lot of points and we will have to recover them, but I think it is better to solve the problem now than to continue to have more ahead.”

Meanwhile, during the Jerez weekend, Espargaro expanded on the need to go under the knife. “During the last few laps at Jerez, I had no strength to brake hard,” he said. “I suffered a lot on the right arm, so I lose a little bit of performance on the brakes. I did operate more than ten years ago.

“But now I was talking with the doctor and maybe I have to do surgery again because it can be that there is again a blood flow block to the muscle. Mugello is I think the worst circuit of the calendar for arm pump. I really suffer a lot during the last part of that race and I wasn’t the only one, so let’s see if I can fix it by there.”