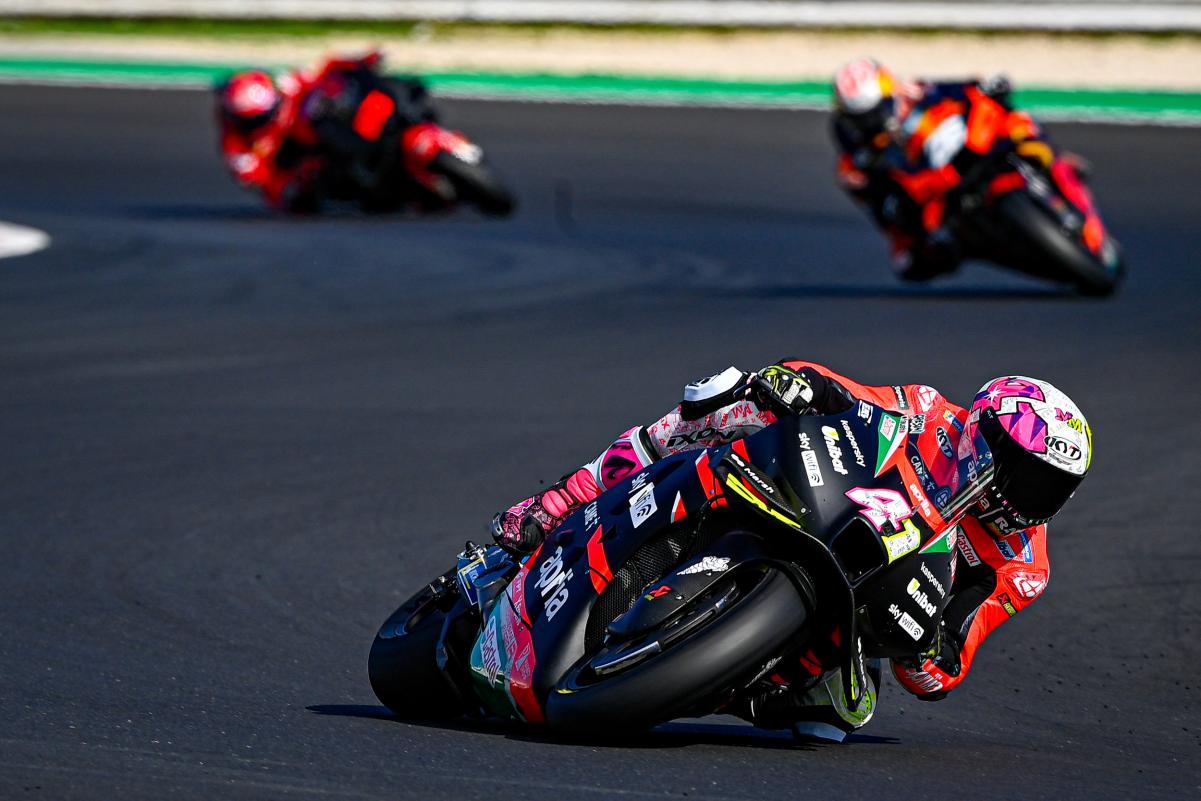 Aprilia’s Espargaro displaced Ducati’s Bagnaia from the top spot to end the Misano MotoGP test with a 1m31.584s lap, who spent his day checking out the developments abode the RS-GP, with Ducati’s Bagnaia second and Suzuki’s Mir third.

The Spaniard ran the 2022 chassis, as did teammates Alex Rins and Sylvain Guintoli. The former, though, had a crash in the afternoon session. LCR Honda’s Takaaki Nakagami was fourth in another good day, with Ducati’s Jack Miller rounding out the Top 5.

Honda’s Pol Espagraro was sixth as he got his first chance to ride the 2022 machine, with Yamaha’s Fabio Quartararo seventh from Aprilia’s Maverick Vinales. KTM’s Miguel Oliveira was ninth after the Portuguese felt much better, noting that they found what troubled him.

Pramac Ducati’s sole rider Jorge Martin slotted in 16th after teammate Johann Zarco had an arm surgery to be ready for the US GP, with Yamaha’s Franco Morbidelli in 17th. The Italian crashed multiple times during the day, but managed to continue on.

Petronas SRT’s Andrea Dovizioso had a better day to be 18th after understanding how he needs to ride the Yamaha, as he led teammate Valentino Rossi, with KTM’s Dani Pedrosa rounding the Top 20 from Avintia’s Enea Bastianini, who had a crash earlier in the day.

MotoGP debutant Raul Fernandez was 22nd abode the Tech 3 KTM, finishing ahead of Aprilia’s Lorenzo Savadori, Suzuki’s Guintoli and the other Tech 3 of Remy Gardener. The two rookies had their first chance to ride the MotoGP machine after Iker Lecuona and Danilo Petrucci were asked to step aside for the day.

Here’s how Day 1 of Misano MotoGP test panned out