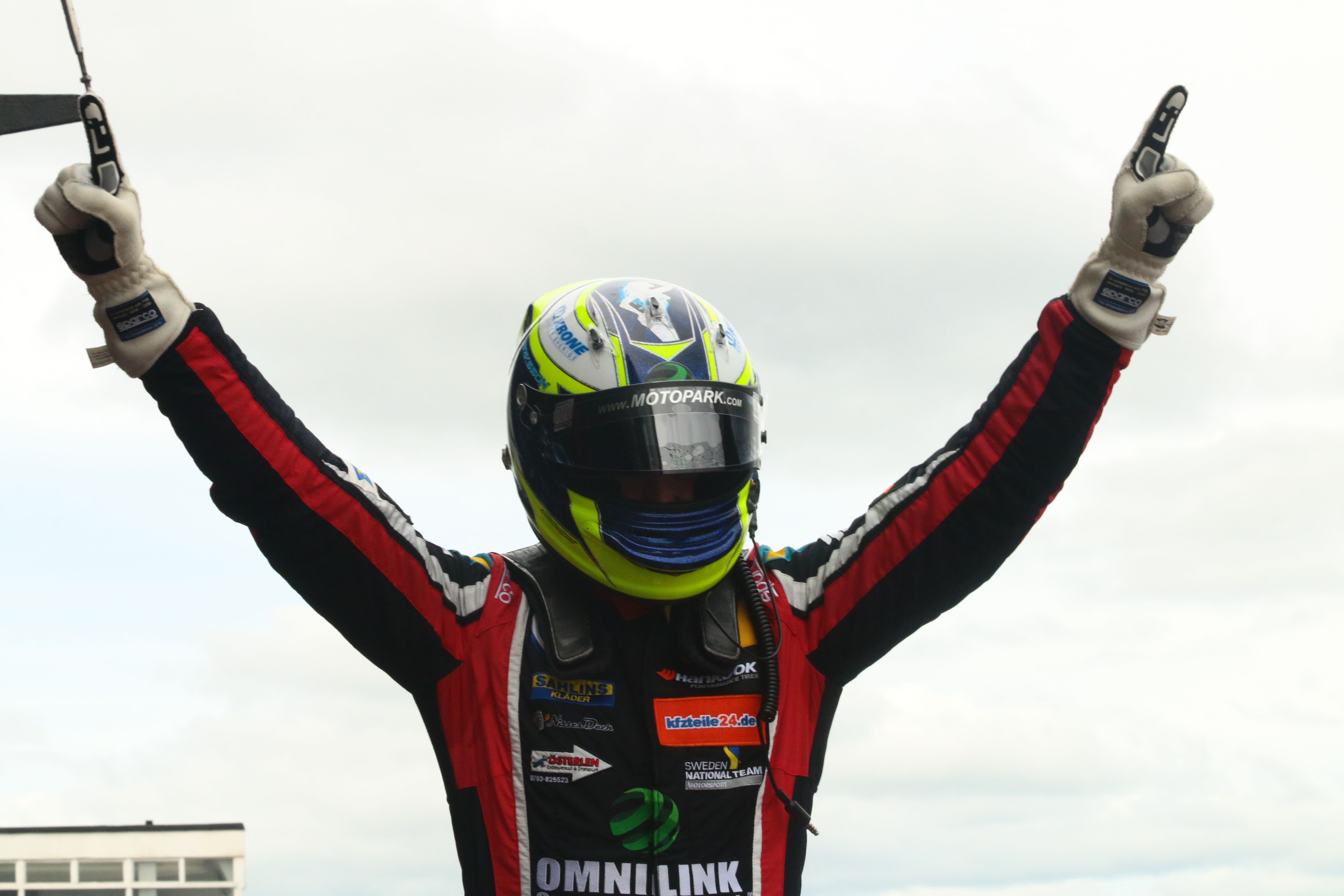 Joel Eriksson has taken the victory in the second race of the FIA Formula 3 European championship at Silverstone. The BMW junior kept Ilott behind for his first victory of the season. Jake Hughes completes the podium.

After yesterday’s Lando Norris (Carlin) win, today the FIA Formula 3 European championship has celebrate the second race of the season with Callum Ilott (Prema Powerteam) starting from pole position, a place that he lost at the start with Joel Eriksson (Motopark) –who stared third.

At that time, Norris who started second made a bad start dropping to eight place, while in the back drivers like David Beckmann (Van Amersfoort Racing) went from eighteenth to tenth. Norris despite the poor start overtook Joey Mawson (Van Amersfoort Racing) for seventh, but later on was overtaken by Guanyu Zhou (Prema Powerteam) and Jehan Daruvala (Carlin) for a final ninth position.

Behind the Briton, the battle for the final point was between the two Van Amersfoort of Mawson and Newey who overtook the Australian.

In front of the race, Eriksson was imposing a huge pace but Ilott followed him until the end of the race. 15 seconds far behind was Hughes who complete the podium positions ahead of Maximilian Gunther (Prema Powerteam) and Jake Dennis (Carlin).

With his victory, Joel Eriksson is the new championship leader, with 9 points of advantage over Dennis. With the same points in third place (10 behind Eriksson) are Norris and Gunther.

The final race of the Silverstone round will be held tomorrow at 9 am local time, with Ilott starting from the pole.