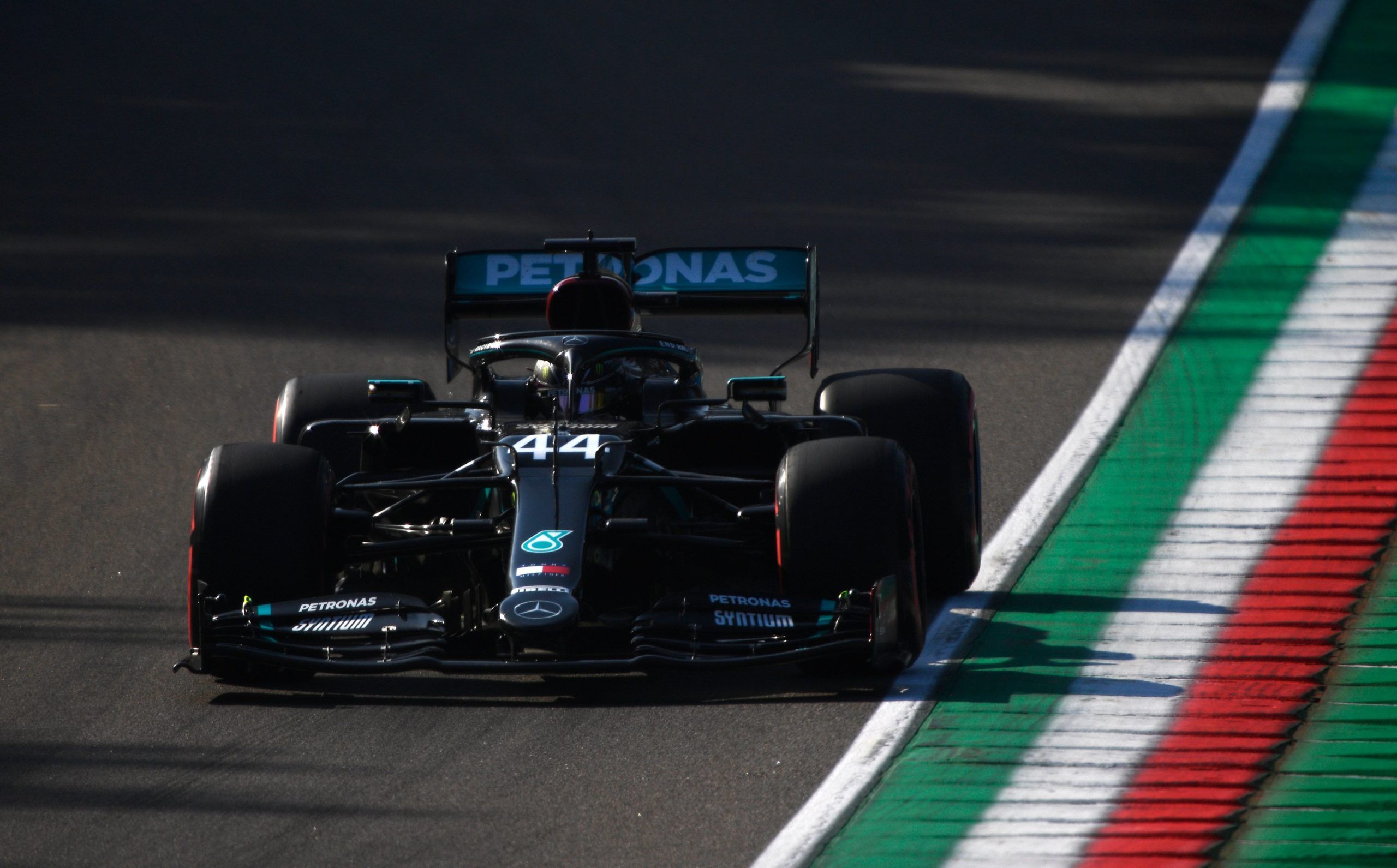 The F1 Emilia Romagna GP at Imola started off well for pole-sitter Mercedes’ Valtteri Bottas as he led the way nicely from Red Bull Racing’s Max Verstappen, who managed to clear Lewis Hamilton taking the inside line in the run-up on the long straight.

AlphaTauri’s Pierre Gasly too had a look-in on the outside but sudden brake from Hamilton meant he had to take an evasive action, which allowed Renault’s Daniel Ricciardo to sneak through to fourth. Ferrari’s Charles Leclerc also gained a place to be sixth.

He passed Red Bull’s Alexander Albon as AlphaTauri’s Daniil Kvyat was eighth from McLaren pair of Landio Norris and Carlos Sainz in the Top 10. Racing Point’s Sergio Perez was just outside in 11th as his teammate Lance Stroll was forced to pit at the end of the lap.

In a tussle with Renault’s Esteban Ocon, the Canadian lost his left-front endplate as a result. There was also a spin for Haas’ Kevin Magnussen while fighting Ferrari’s Sebastian Vettel – which was investigated by the stewards but no action was taken.

At the front, Bottas calmly led F1 Emilia Romagna GP from Verstappen and Hamilton but it was heartbreak for Gasly after he was forced to retire due to a terminal problem. Pre-race, there was a scare about temperature being high in the Honda power unit.

It was sorted for then but the grand prix added to the misery. It allowed everyone to gain a place, including Perez. Just ahead of him, Sainz passed Norris for what became eighth as Kvyat chased Albon for sixth after the Thai dropped off from Leclerc.

Not just the soft tyres but also the medium started to fade quickly as Giovinazzi (soft) and Russell (medium) pitted first. This pushed everyone inside the Top 10 – but behind the Top 3 drivers – to do the same with track position remaining the same despite their stops.

Only Kvyat was able to hurry Albon on the long straight as the two even had a small touch at the S-curve, with the Russian’s front-left endplate touching the rear-right tyre of the Thai racer. The Red Bull driver managed to hang on to the track position.

Back at the front, Hamilton went deep to lead F1 Emilia Romagna GP when Bottas and Verstappen stopped for the hard compound. It was a bit of a disaster for the Finn when Mercedes radioed to alert him about a floor damage on the left-hand side of his car.

There was drama behind as Magnussen held up the train having Ricciardo, Leclerc, Albon, Kvyat and Sainz. The Australian and the Monegasque fought hard to get by the Dane after which he pitted before the Thai could have passed him on track.

This allowed Perez to gain track position over Ricciardo, Leclerc, Albon, Kvyat, Sainz and even Norris to be well inside the Top 10. A stretch of his stint for Hamilton eventually paid off for the Brit, especially with the Virtual Safety Car period.

He pitted under the VSC for Ocon, who retired due to gearbox issue. He became the net F1 Emilia Romagna GP leader from Bottas and Verstappen, as Perez became the leader of the best of the rest behind three late stoppers in the grand prix.

It was Vettel in fourth then ahead of Alfa Romeo’s Kimi Raikkonen and Williams’ Nicholas Latifi. The Canadian and the German pitted but the Finn stayed on for long. It wasn’t a great stop from Ferrari as it dropped the German to 14th in the order.

As Hamilton led the way, Bottas was getting hurried up by Verstappen. Mercedes radioed the Finn that he was carrying a damage since Lap 2, possibly due to debris. He lock-up and went wide at the left-hander, which allowed the Dutchman to close in more.

He eventually made the pass at the long straight to take second with Mercedes thinking of a second stop for Bottas. Meanwhile, Magnussen – running last – complained of getting headaches from up shifts but wanted to continue. He retried eventually, though.

The Emilia Romagna GP seemed settled after all the pit stops but a right-rear blow-up for Verstappen changed the game as the strategy game was on with Mercedes pitting along with Perez, Kvyat, Sainz and Norris, while Ricciardo, Leclerc and Albon stayed out.

There was another incident for Williams’ George Russell, who spun into the barrier behind the safety car having lost control. The Brit sat at the corner of the circuit all by himself as replays showed him getting angry at himself and requesting the marshal to stay away.

Another reply showed a moment for Stroll in the pits where he out-braked himself which resulted in the mechanic falling and getting injured. He was taken away quickly and attended by the medical crew as the Canadian said sorry on the radio.

Hamilton, meanwhile, hung on to the Emilia Romagna GP lead from Bottas behind the safety car, as Ricciardo was third from Leclerc, Albon, Perez, Kvyat, Sainz, Norris and Raikkonen in the Top 10 – where everyone from the Mexican onward was on the soft tyres.

The re-start was disaster for Albon as he spun in the right-hander to drop back, which allowed Perez and Kvyat to get by on him, with the Russian also passing the Monegasque in a supreme move around the outside. He was fourth behind Ricciardo.

Leclerc in fifth was fending off Perez with Sainz and Norris behind along with Raikkonen and Giovinazzi in the Top 10, as Red Bull were forced to pit Albon for the soft compound. At the front, Hamilton eased into to win the F1 Emilia Romagna GP at Imola.

With Bottas second and Red Bull not scoring, Mercedes secured the 2020 constructors’ championship – their seventh consecutive title victory. In third, Ricciardo managed to fend off Kvyat, to register his second podium of the season by 0.821s.

Behind, Leclerc as well managed to keep fifth from Perez, who was just 0.541s, with Sainz at a similar gap to the Mexican in seventh. Norris ended up eighth as Alfa Romeo registered a double points finish with Raikkonen ninth and Giovinazzi 10th.

Williams’ Nicholas Latifi was evenr close to score his first point in 11th, finishing just 0.741s behind Giovinazzi, as Haas’ Romain Grosjean was 12th – with a five seconds time penalty for track limits. Behind him, Vettel, Stroll and Albon rounded the 15 finishers.