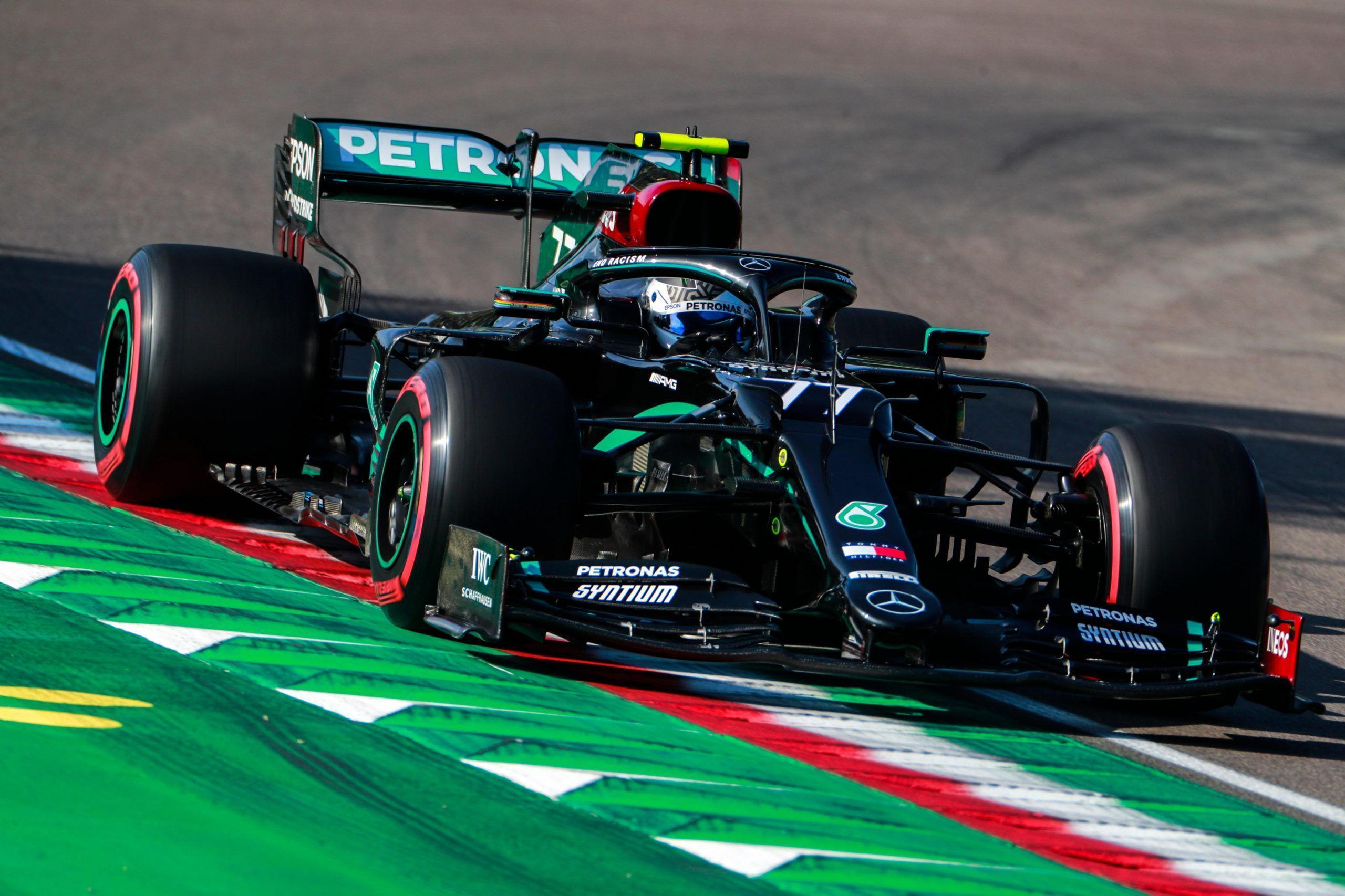 It was a tricky start to F1 Emilia Romagna GP qualifying at Imola, especially for Mercedes’ Valtteri Bottas and Red Bull Racing’s Alexander Albon as they sat as the last two drivers after their first run due to track limits lap deletion at Turn 9 – for both.

But he improved on his second run to be first ahead of Mercedes teammate Lewis Hamilton as Albon slotted in eighth with teammate Max Verstappen in third. Haas’ Kevin Magnussen bogged out in 17th with a 1m15.939s behind Romain Grosjean (1m15.918s).

The second part in F1 Emilia Romagna GP started with trouble for Verstappen as the Dutchman pitted at the end of his first lap due to power issues. He was on the medium tyres along with Albon, the two Mercedes cars and also Ferrari.

There was more trouble on Albon’s side as the Thai spun in the final sector on the lap he was improving on the medium tyres. He was forced to switch to the soft compound, while Ferrari also decided to switch compounds for both the cars.

It was an electrical issue for Verstappen but Red Bull mechanics managed to fix it up in time to get Verstappen out as he stuck with the medium tyres to end up fifth, while Albon also made it through on his final attempt on the soft tyre.

It was Bottas leading Hamilton at the front on the medium tyres with AlphaTauri’s Pierre Gasly third on the soft compound. It was disaster for Racing Point as both the cars were out in Q2 as Sergio Perez led the way in 11th with a 1m15.061s.

The third part in F1 Emilia Romagna GP did not start well for Albon again as the Thai racer’s fifth fastest lap was deleted due to track limits at Turn 9. He had another all or nothing lap to do which he managed to eke out eventually to be sixth with a 1m14.572s.

As expected, Gasly (1m14.502s) delivered to be fourth after AlphaTauri fully used its pre-season filming run at Imola as Daniil Kvyat (1m14.696s) slotted in eighth. Renault’s Daniel Ricciardo (1m14.520s) was fifth ahead of Albon.