Home Touring DTM Ekström closes the season with a win 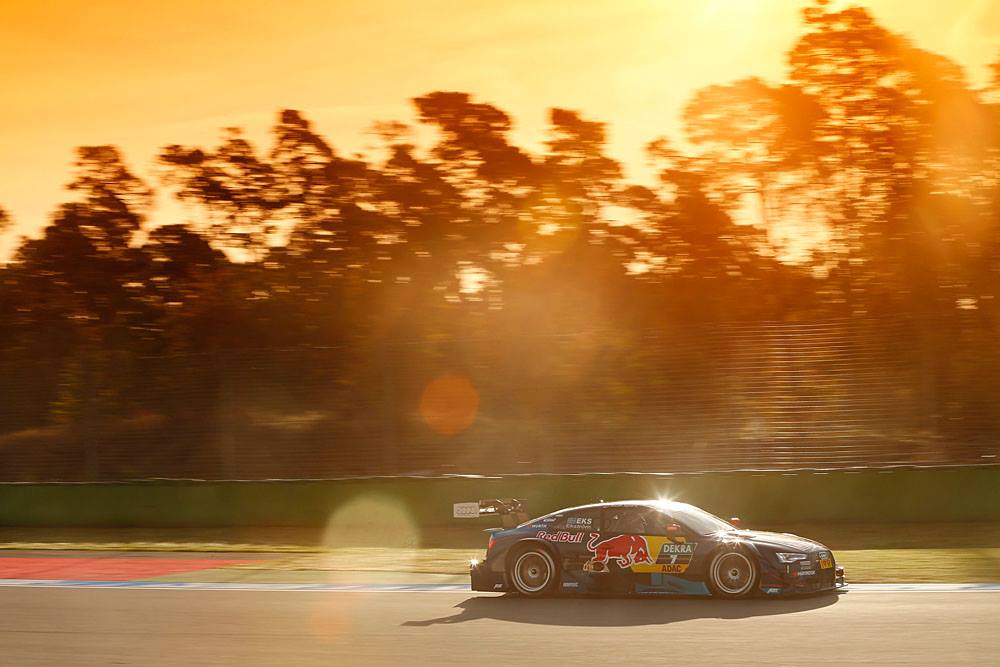 The Swedish Audi driver Mattias Ekström has won the second consecutive victory of the season by closing it with a subchampionship and constructors’ world championship for Audi, in a race where the strategy was another key factor. Rockenfeller and Green closed the podium.

Today ends the season of the German Touring Car Championship at Hockenheim, where in this race the champion, Marco Wittmann comes out at the middle of the grid and it was good see who took home the subchampionship as Ekström and Mortara start second and third respectively.

Ekström lost positions as it was on hard tires and Green went on to lead the race. Behind Tambay was serving a penalty because the French had jumped the start and Martin was a serious blow to the side because of the fight in the early going.

The pilots who went with soft were placing in the top positions, one of them was  Vietoris who spent braking slightly and went long.

After 10 laps things were stabilized although at the 12 Scheider overtook Molina and 2 laps later Spengler opened the window stops for riders with soft that all came after 8 laps.

Scheider won Farfus’ position and he was involved in an “unsafe release” with Wehrlein, because the Mercedes’ driver left his wheel changing area parallel to the Audi, which would cost a drive through to Wehrlein and Sheider recovered another position.

On lap 21 the window for the drivers who go with prime were opened to change to option, as many of them took the opportunity to make the change in that lap, and it was then where turn the tables was given and drivers with soft would hunting that wore hard.

Ekström reduced distance with Green and while overtakeed Juncadella, Spengler, Molina and Farfus in the next 5 laps behind him and Mike Rockenfeller followed him.Behind Moratara and Hand starred a nice battle paid off with a twist between them and the abandonment of the Italian. A couple of laps before Martin has retired also because of the damage of his BMW.

A great final race was expected since the absence of 9 laps Ekström stood to 9 seconds of Green. In the squad things were waved and they were all close together with fights spread throughout the circuit.

On lap 37 Juncadella lost control of his car and crashed into the barriers causing the safety car in the absence of 5 laps to the end of the race.

After 2 laps the safety car leave the track and they would give 2 more laps, where everything was very tight and Ekström was first and he put their heels and behind Wittmann and Di Resta adelantaban to Sheider, sticking to Green and Rockenfeller.

Mattias Ekström won the race and he became the subchampion, second Rockenfeller and finally Green was third, and with this triplet Audi won the constructors championship. On the last lap we had 2 more retirements because Petrov and Tambay crashed in the stadium area.