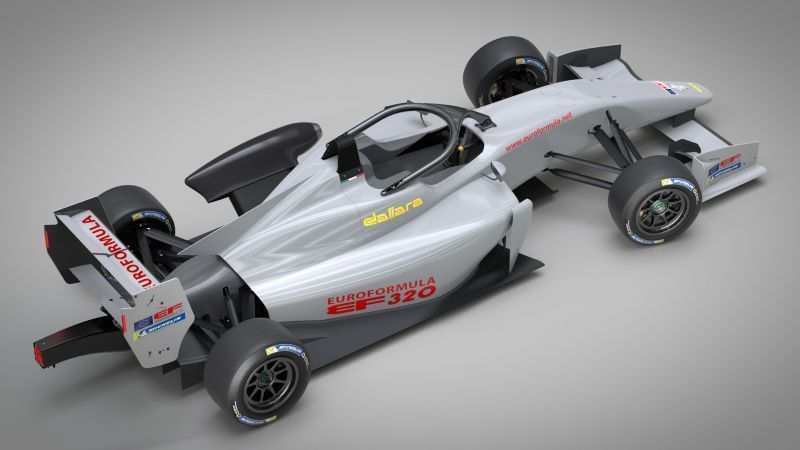 Euroformula Open (EF Open) will get new Halo-fitted Dallara 320 cars from 2020 onward, after an announcement made at Spa-Francorchamps.

The organisers of EF Open revealed the new Dallara 320 car fitted with Halo and its specification during the 2019’s Spa-Francorchamps weekend, which will be used from 2020 onward with the teams to be given the option to upgrade or buy the new machine.

The car will retain features such as the 2.0-litre engines currently supplied by HWA, Piedrafita and Spiess as it meets the FIA’s F1 2018 safety standards, especially with the Halo cockpit safety device and a strengthened monocoque.

It also has a carbon extractable seat and 25mm of safety foam, an upgraded FIA FT5 fuel cell and redesigned bodywork that reflects the aesthetics of a modern F1 car. The weight closely matches the 580kg minimum weight of the F317.

As mentioned earlier, the existing cars can be upgraded to 320 with the purchase of the new bodywork, monocoque and safety structures such as the nose box and side panels, which will be a cost effective measures for the teams.

Alternatively, if they want, they can buy the new 320 chassis complete with mechanics, gearbox, electronics and peripherics. Jesus Pareja, GT Sport CEO said: “Last year we took the decision to open our rules to accept Spiess, HWA, together with Piedrafita engines.

“This was a real challenge for us, but we took that risk. We are only championship in the world in this category with three different engines. Now is the time for a new car, as the new safety rules specify to keep our status as an international FIA series.

“We started working with Dallara over 20 years ago, and I’m very proud to say this time it is again Dallara that is the best company for making a car for this type of series.” Jos Claes, Dallara engineer & project manager added:

“Regarding the new car for 2020, it starts with the FIA imposing all series on this level a mandatory halo. It was not possible to put a halo on the existing monocoque as it is today. We came up with the idea to make an upgrade of the existing car.

“We quickly found restrictions of the current F3 regulations, so we chose to move to F1 safety standard, and that set of rules gives more freedom in interesting areas. Especially as we wanted to make the car a light car.”

And finally, Greig Coull, Michelin customer racing director added: “We’re excited about this project. We’ll continue to bring along our technological expertise and trackside support. The aim of this is to aid close competition.

“It is one of the trademarks of the Euroformula Open, and we’re trying to even further in the search of racing excellence. There will be more to announce on that in the future.” EF Open has seen a growth this year after the new FIA’s F3 series was introduced.