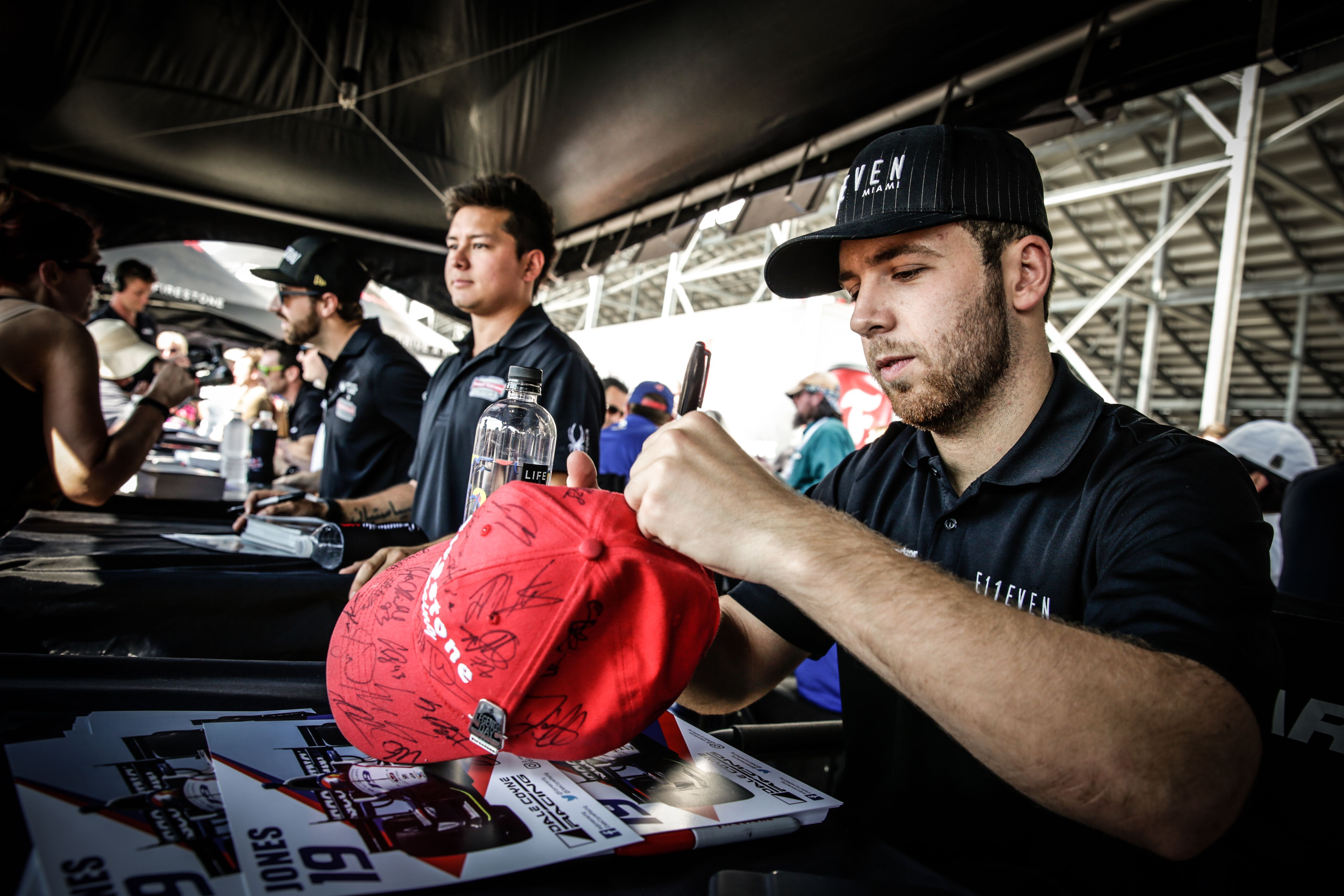 Chip Ganassi Racing announced today that the 22-year-old from Dubai will join the team as the driver of the No. 10 NTT Data Honda.

“We’ve been following Ed’s career for quite some time now and are pleased we are able to add him to strengthen our Indy car lineup,” team owner Chip Ganassi said. “He has a year of Indy car racing under his belt now and is the type of young talent that we were looking for. We can’t wait to get him on the race track.”

Jones, the 2017 INDYCAR Rookie of the Year, scored a best finish of third at the Indianapolis 500 this season for Dale Coyne Racing after taking the Indy Lights championship in 2016 on the strength of two wins and nine podium finishes. He raced in Europe until 2015 when he moved to the U.S. to compete in Indy Lights with Carlin, winning his first three starts in the series.

“This is truly an honor to have the opportunity to drive for Chip, his organization and to represent NTT Data,” Jones said. “Chip runs one of the biggest and best motor racing teams in the world, and equally as important, is a proven winner across each series he competes in from Le Mans to Indianapolis and beyond. I want to get up to speed quickly and learn as much as I can.”

Jones will be paired with Scott Dixon, a four-time INDYCAR champion and 41-time Indy car race winner, in Ganassi’s lineup. He said he’s looking forward to learning from his teammate.

“Scott is a legend in the sport, and to get the chance to team with him is an amazing opportunity,” Jones added. “I think I’m joining the team at a perfect time when the playing field is being reset with common aero kits, and everyone is adjusting to a new formula. I’m really looking forward to getting in the car and getting underway with our 2018 campaign.