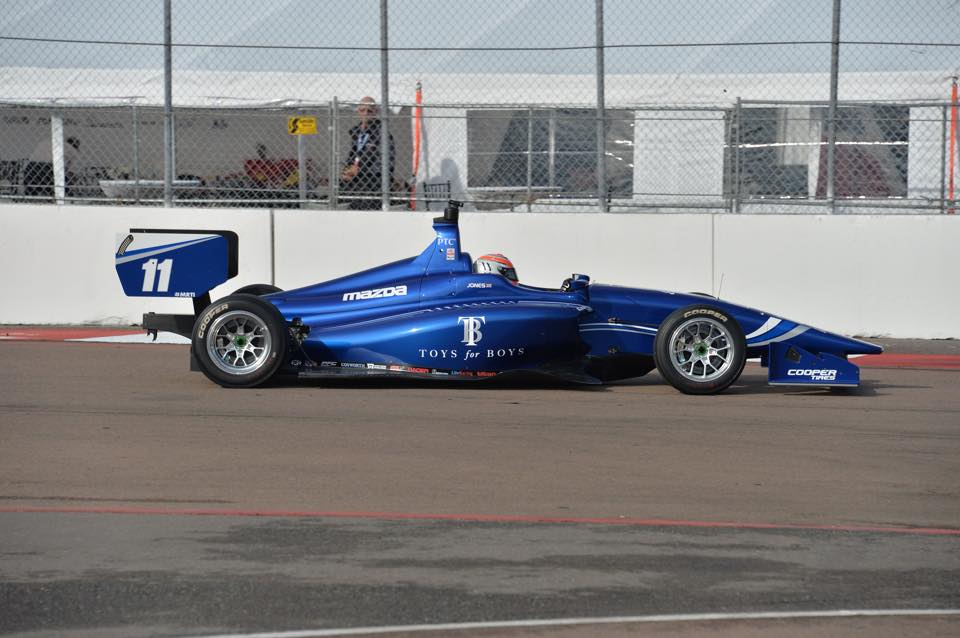 Ed Jones and Max Chilton, from Carlin, will depart of the first two positions in the race of Saint Petersburg, Florida, followed by the British Jack Harvey

The qualifying session has already begun with a red flag because of an incident of the Puerto Rican driver Felix Serrallés when he lost the control of his car. Fortunately, and without consequences for anyone else, has resumed the meeting without problems in a few minutes.

With the green flag waving, times have gone down to reach the 1.05 high and 1.06 low where has been stabilising the majority of drivers.

No surprises watching yesterday’s free practice session, the drivers of the British team Carlin, have dominated the meeting and have achieved the first two positions on the grid. Ed Jones has marked his first pole position in the Indy Lights with a time of 1.05.319 , followed by his team-mate Max Chilton with 1.05.405 and another European pilot, Jack Harvey with 1.05.862.

We’ll see if tomorrow the British team may be released with a victory in his debut in the Indy Lights.