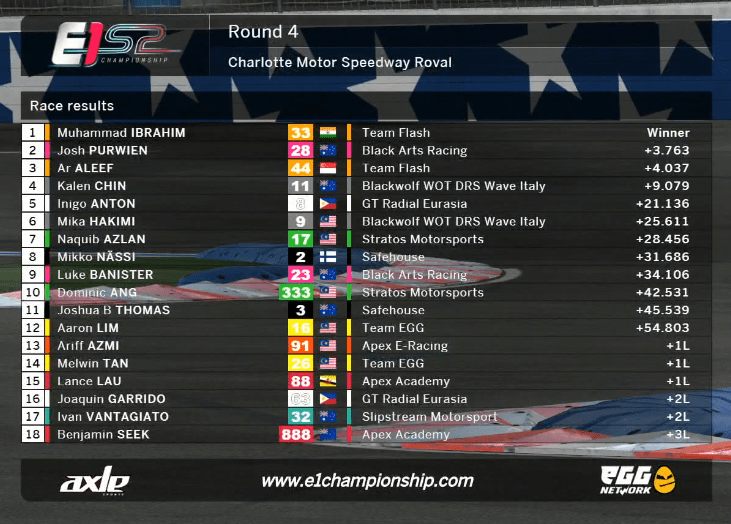 A summary of how things panned out in Round 4 of the E1 Championship is here.

The Round 4 of E1 Championship was a mystery track and Charlotte Roval was chosen. The tightness of the track led to exciting, incident filled racing. The Race 1 was won again from pole position by India’s Muhammad Ibrahim.

The Team Flash driver has now made it four from four this season, although Inigo Anton from the Philippines ran him close in qualifying as he was only two tenths away. Behind Ibrahim, Australia’s Josh Purwien was second with Muhammad Aleef following the duo home in third.

In Race 2’s reverse grid race, we saw a cagey affair as the tight conditions meant that the faster cars had to be patient as they made their way up the field. Dominic Ang led for quite awhile, before Kalen Chin from Australia spun while trying to overtake. Inigo Anton then also replicated the same mistake while trying for the lead

Eventually Josh Purwien finally overtook Ang to take the lead, which he would hold on to the end of the race to win his first E1 Championship race of the season. Second was a recovering Kalen Chin followed by Ibrahim in third. Ibrahim still leads the championship followed by Purwien and Aleef in second and third respectively.

Here’s how Round 3 in E1 Championship panned out 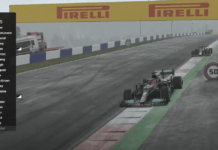 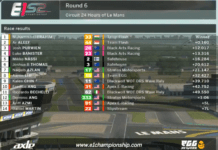 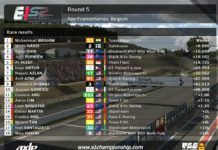 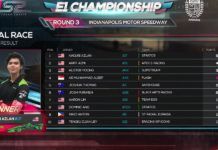 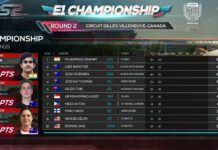 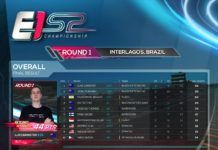