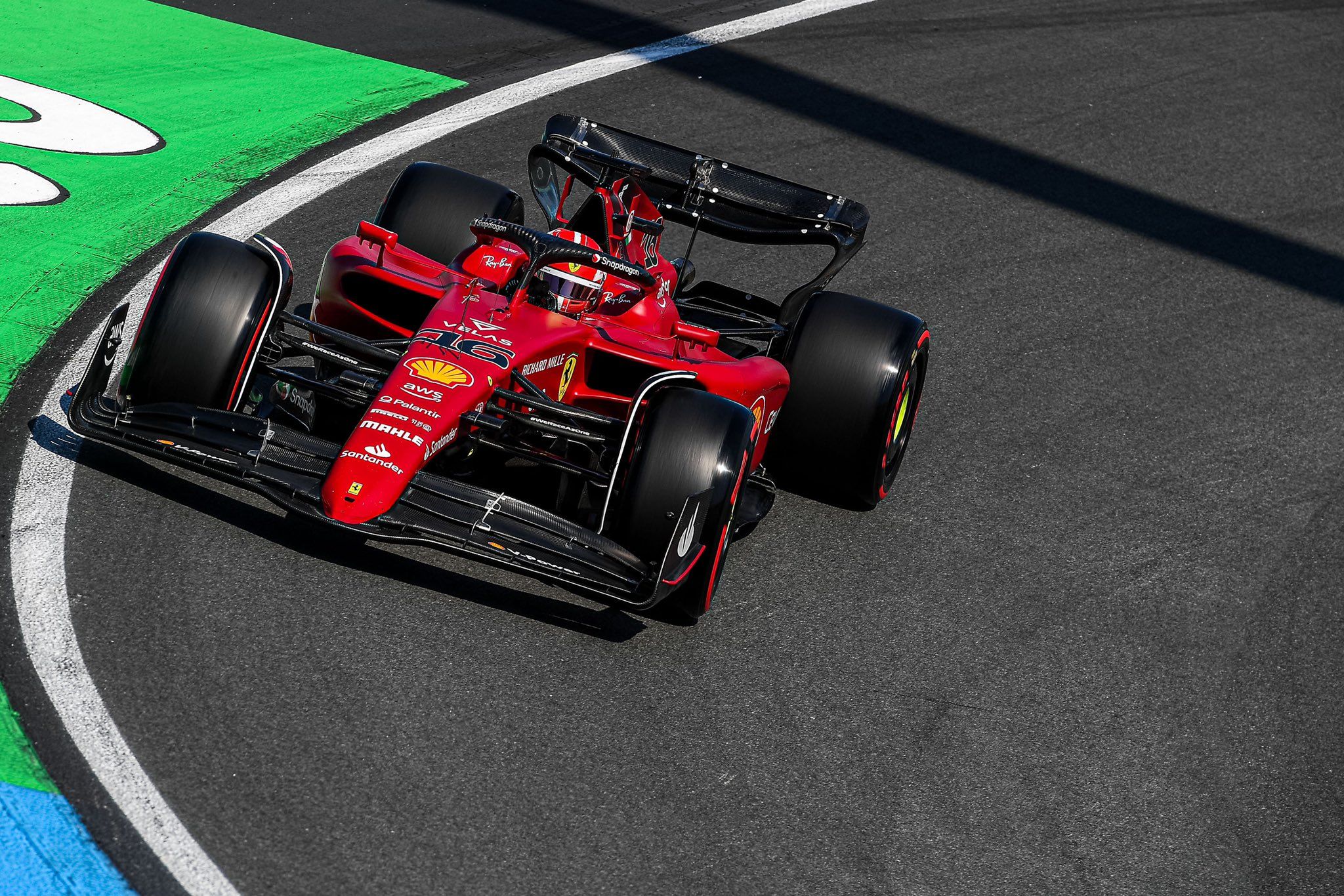 Ferrari’s Charles Leclerc kept himself on top in FP3 of F1 Dutch GP as Mercedes’ George Russell got himself in second from Red Bull’s Max Verstappen.

It was fairly stable FP3 session in F1 Dutch GP at Zandvoort, as Ferrari maintained its top position where Leclerc was quickest with a 1m11.632s lap. Red Bull started off well early in the session, but both Ferrari and Mercedes upped their pace by the end.

In fact, George Russell sneaked to second pushing Max Verstappen to third as Ferrari’s Carlos Sainz was fourth from Mercedes’ Lewis Hamilton and Red Bull’s Sergio Perez with the Top 3 F1 teams not far off from each other.

Perez was involved in a moment with the Ferrari pair late in the session, as Alpine’s Fernando Alonso in seventh from Aston Martin’s Sebastian Vettel. It was a good show from the Haas pair too with Mick Schumacher in ninth.

Teammate Kevin Magnussen was just outside in 11th behind McLaren’s Lando Norris. The other Aston Martin of Lance Stroll was 12th from Williams’ Alexander Albon with AlphaTauri’s Pierre Gasly in 14th after a heavy moment on the grass.

He smashed the DRS box in the process but was unharmed. Teammate Yuki Tsunoda was 16th from McLaren’s Daniel Ricciardo, with the Australian also having an off moment. The Alfa Romeo pair ended up 18th and 19th in a lowly show.

It was Valtteri Bottas ahead of Zhou Guanyu, while Williams’ Nicholas Latifi rounded out the 20 runners.

🏁 FP3 CLASSIFICATION 🏁@Charles_Leclerc leads the way into qualifying ⏱️@SChecoPerez with the most laps in our final practice session 📈#DutchGP #F1 pic.twitter.com/zc66N2DMkT

Here’s what was said post Friday in F1 Dutch GP