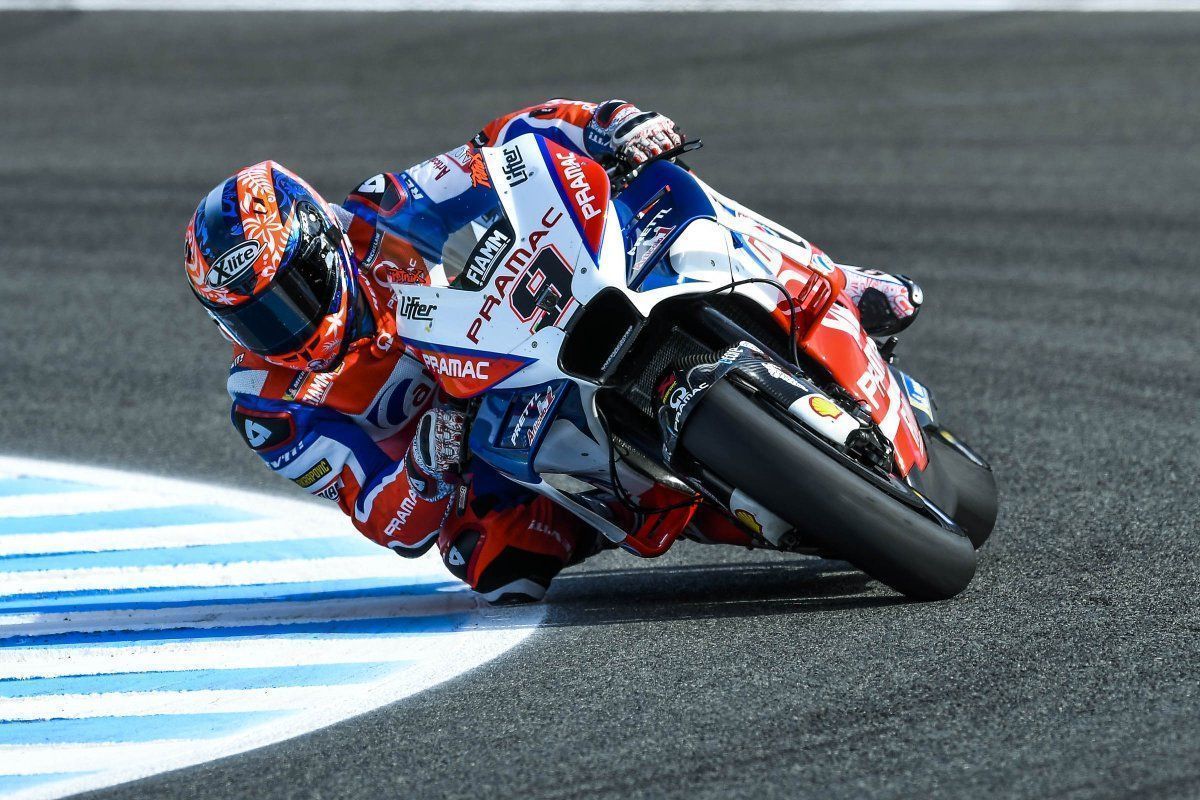 The current Pramac Racing rider, who rides the GP18 spec – same as Lorenzo and Dovizioso – will make it an all-Italian line-up in Ducati for at least the next season. The 27-year-old currently sits sixth in the standings with 63 points to his name.

The Italian’s wait of several years to ride for a factory team comes to fruition after he started his MotoGP career in 2012 riding the Suter machinery. He rode the Aprilia for one year in 2014 after which he moved to Pramac Racing, riding a Ducati.

With his fourth season on-going abode the Italian manufacturer’s bike, Petrucci made it clear of riding a factory Ducati or leaving the satellite outfit to join any other manufacturer. However, with Lorenzo moving out, it paved way for Petrucci in the squad.

“It goes without saying that for me, being part of the factory team is a dream come true,” said Petrucci. “It’s a great honour to become an official rider for the Ducati Team, especially for someone like me who started in Ducati as a production motorcycle test rider.

“First of all I would like to thank Paolo Campinoti and Francesco Guidotti, who gave me the chance four years ago to race on a Ducati for the Pramac Racing Team. Without them all this would not have been possible.

“I also want to thank the managers of Ducati and Ducati Corse – Claudio Domenicali, Gigi Dall’Igna and Paolo Ciabatti – who appreciated me first as a person and then as a rider and I really can’t wait to start this new adventure in the factory team. Now all I want to do is to finish the year in the top five in the standings and then start the new season with the Ducati Team.”

Ducati’s boss Claudio Domenicali added: “First of all I’d like to thank Jorge Lorenzo for all the efforts and commitment that he has made during his time as a Ducati rider and in particular for his outstanding victory last Sunday at Mugello, which will go down in history as one of our company’s legendary racing achievements.

“Jorge is a great champion, capable of incredible feats, and even though it is sad that he took such a long time to find the right feeling with our bike, we will continue to do everything possible to put him in a position to achieve further victories in the remaining rounds of the season and fight for the world title together with his team-mate Andrea Dovizioso.

“I wish to give a warm welcome to Danilo, whom we look forward to seeing in Ducati Team colours next year, together with Andrea, and who we feel sure will continue his rapid rise to success.”

Petrucci’s Pramac teammate Jack Miller was a contender for the Ducati seat after Lorenzo’s move, but it seems like the Australian will continue to ride with the same team in 2019, partnering with Moto2 graduate Francesco Bagnaia.