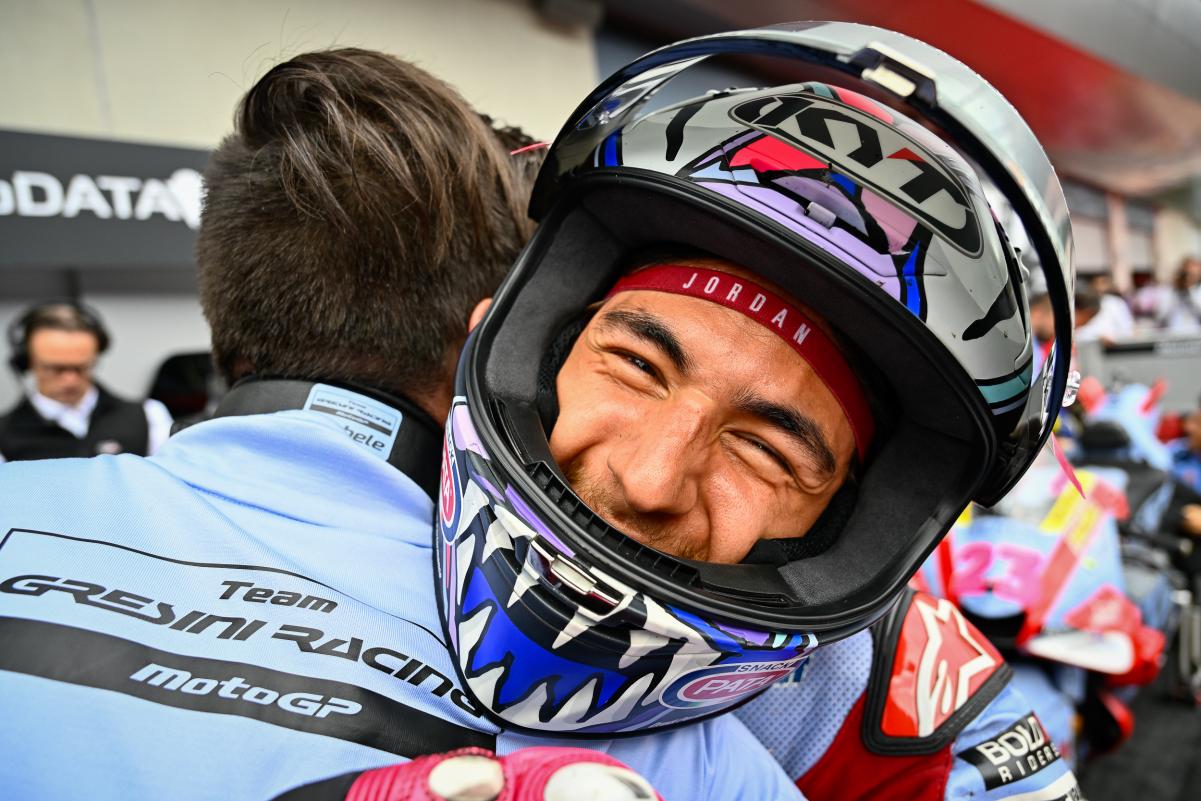 Ducati has signed Enea Bastianini over Jorge Martin for factory MotoGP ride in 2023, with the latter to remain at Pramac.

Ducati Lenovo Team have confirmed that it will be Enea Bastianini (Gresini Racing MotoGP) lining up alongside Francesco Bagnaia in the factory team next season, meaning Jorge Martin will stay in the Prima Pramac Racing ranks in 2023.

Ducati’s decision has been a huge talking point in the paddock ever since Jack Miller (Ducati Lenovo Team) was confirmed to be moving to Red Bull KTM Factory Racing for 2023, and the Bologna factory have spent the last few races thinking about whether it will be Bastianini or Martin wearing red next season.

However, a few days on from the Austrian GP and ahead of the San Marino GP, Ducati have announced it will be three-time 2022 race winner Bastianini who gets the seat alongside title-chasing Bagnaia for next season in an all-Italian line-up, not 2021 Rookie of the Year Martin.

Enea Bastianini: “I am thrilled to be able to wear the colours of the official Ducati team starting next year. It was my dream, and now it has come true. In these two years in MotoGP, I have learned and grown a lot, and I believe that I can only improve with the engineers and men of the Ducati Lenovo Team! I want to thank Claudio, Gigi, Paolo and Davide for trusting me and giving me this incredible opportunity. Still, I also want to thank Nadia and the whole Gresini team for the great support I have received from them during this wonderful season together. I will try to close out this 2022 in the best possible way before tackling my new adventure as a factory Ducati rider with total commitment and the right team spirit.”

Luigi Dall’Igna (Director General de Ducati Corse): “We are really happy to have Bastianini in the factory team in 2023. Enea is a very talented rider and he has matured a lot in these two years with Ducati. He has been able to grow quickly, taking two podiums in his debut year in MotoGP and then three beautiful victories this year with the Gresini team in Qatar, the United States and France. We are convinced that next year, as a factory rider for the Ducati Lenovo Team, he will be able to make another step forward and be among the protagonists in every race. It was not an easy decision because both Enea and Jorge Martin are two very fast young riders and that’s why we have ensured both of them the same material and the same technical support. We are sure that both of them will be able to show their great talent on track.”