Home Touring DTM DTM at the Lausitzring – venue of the decision? 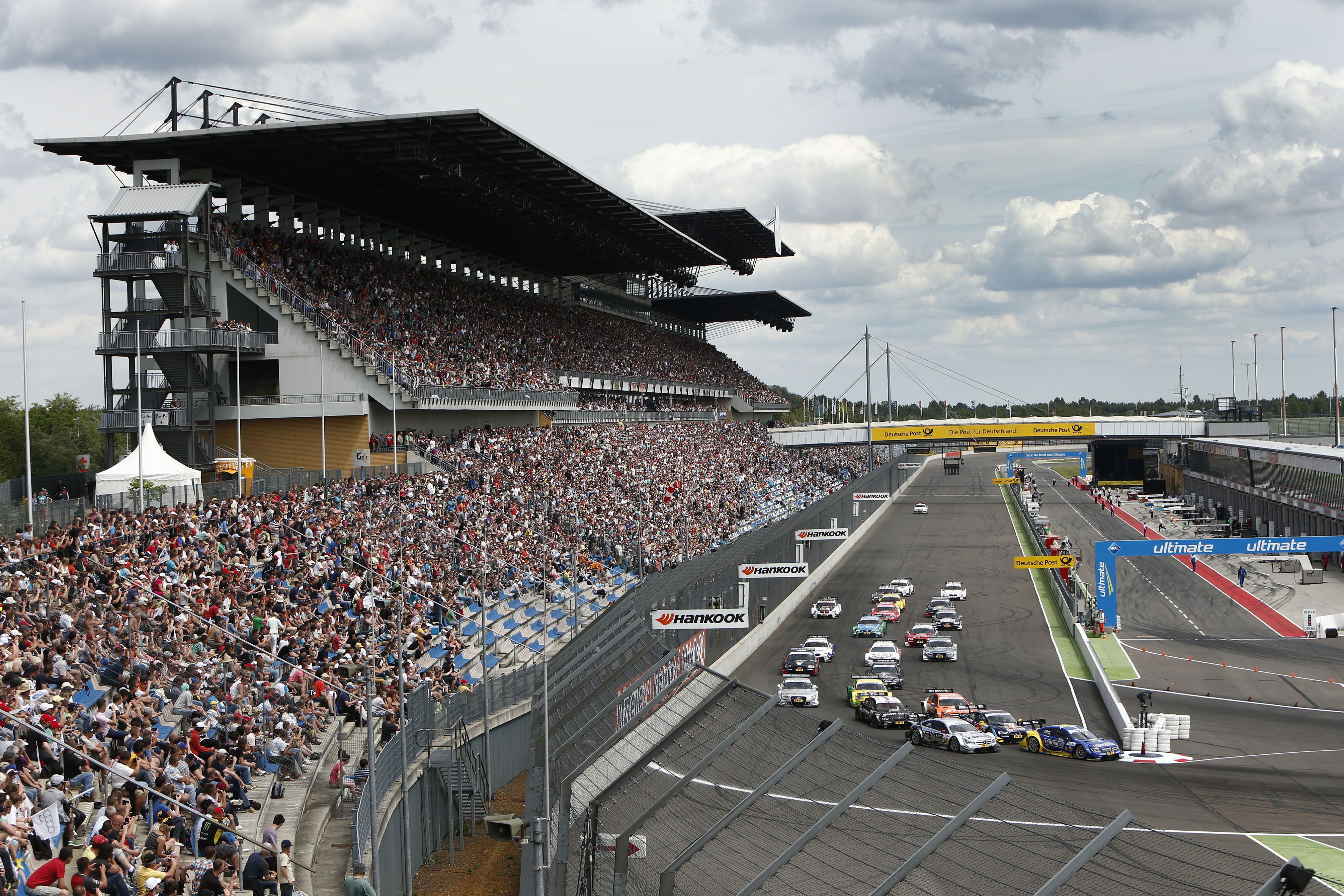 Slowly, the 2014 DTM season is approaching its finish line. This weekend, the most popular international touring-car series makes its stop at the Lausitzring for its antepenultimate round of the season. For both the spectators on site and the TV audience it definitely will be a thrilling race weekend. They all will either witness Marco Wittmann winning the title early or his opponents preventing him from making an early end to the battle for the title. 64 points behind the championship leader, Audi drivers Mattias Ekström and Edoardo Mortara are tied for points, with fellow Audi driver Mike Rockenfeller following another three points behind. 75 points still are to be won in the races still to come including the Lausitzring round. Tickets are available on site, at the box offices. DTM’s German TV partner ARD covers the DTM qualifying session on Saturday, 13th September, from 16:40hrs CEST (15:40htrs BST) and the race on Sunday, 14th September, from 13:15hrs CEST.

The situation is getting close, for Wittmann’s chasers: the young German has got the chance of wrapping it up early and winning the title at the Lausitzring. The 24-year old doesn’t really want to think about title but has to admit: “By now, I can’t avoid this topic any longer. And should we succeed in continuing in this style and in maintaining our consistency, things are looking promising.” And should Ekström or Mortara win the race, finishing fourth still would be enough for Wittmann to leave the Lausitz region as new DTM Champion. On the previous race weekend, at the Nürburgring, Ekström slightly fell behind Wittmann. While the BMW driver celebrated his fourth win of the season, the Swede was involved in a starting incident and forced into retirement. “But the qualifying session was the worst,” admitted Ekström who qualified 22nd. “This was the basis for the race. We possibly made some steps forward but in the end, it was a weekend to forget. And the retirement was ‘the icing on the cake’.”

Meanwhile, the battle for the second position in the championship promises to be a real thriller. Here, five drivers are fighting for every single point. With 56 points on their tallies, Ekström und Mortara follow in second and third positions respectively and fellow Audi driver Mike Rockenfeller lurks just three points behind. At the Nürburgring, Mortara and Rockenfeller finished third and fourth respectively and thanks to Ekström’s retirement, they succeeded in closing in on the Swede. Behind the Audi trio, BMW ace Bruno Spengler and Christian Vietoris (Mercedes-Benz) also still have good chances of securing the second position in the championship.

And there is another highlight waiting for the motor-racing enthusiasts at the Lausitzring: For the first time in 20 years, a motor-racing event in Germany will feature both cars and motorbikes, as the SUPERBIKE*IDM is racing in DTM’s support programme. Here, local hero Max Neukirchner is battling it out for the title with Spain’s Xavier Forés. The Lausitzring represents the ideal venue for taking IDM into the DTM support programme as the track-alteration works won’t take more than 15 or 20 minutes.